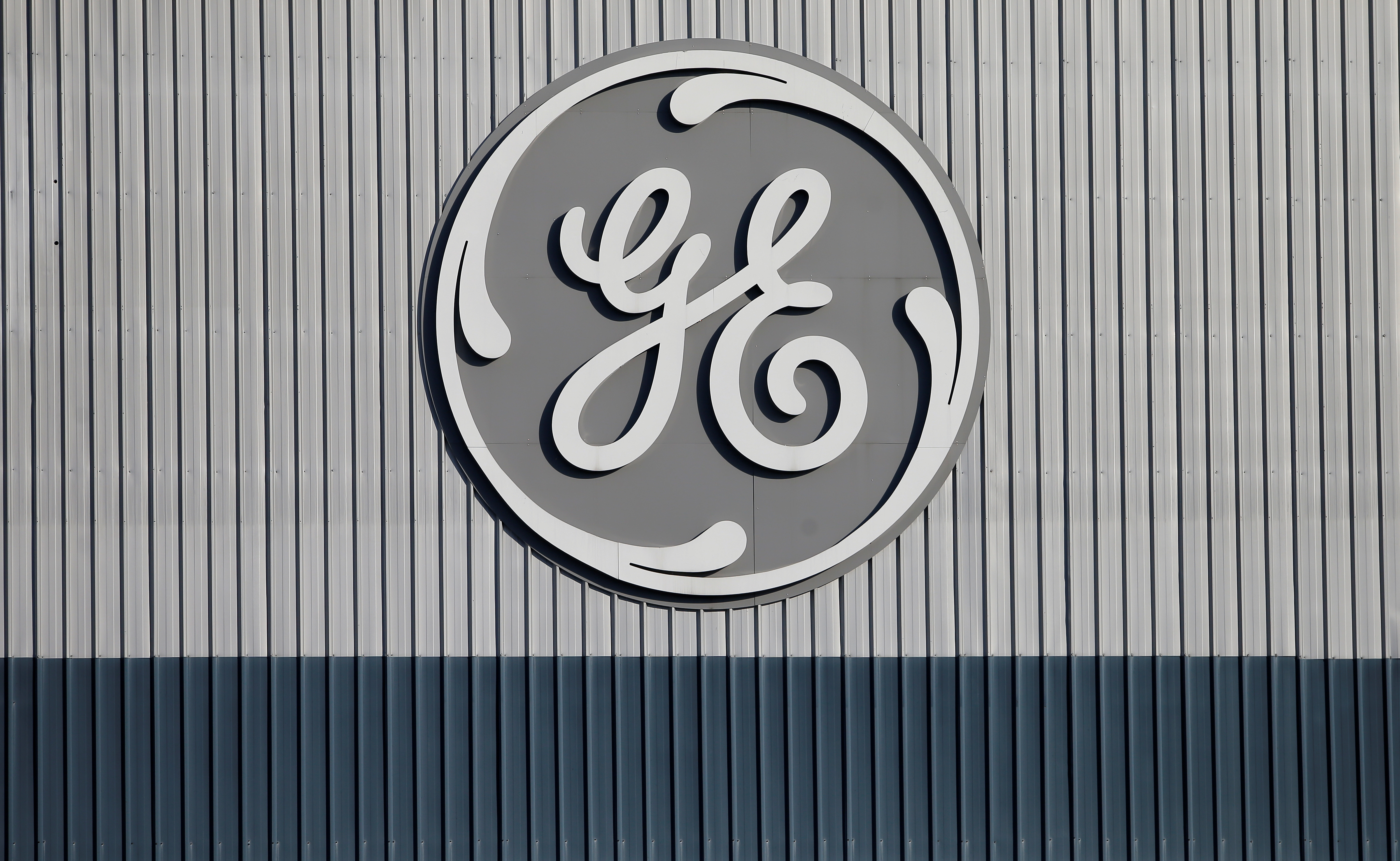 General Electric’s boss Larry Culp is catching a break. It’s a terrible time to be in either the airlines or the energy business, let alone both. No wonder, then, that GE’s stock more than halved at one point last month. But Culp ended March on a relative high note that peers from Boeing to Exxon Mobil can only dream of: a $20 billion cash infusion, thanks not to Uncle Sam but its own decisions.

It comes by virtue of Culp selling GE’s BioPharma unit to his old firm, Danaher. Back when he struck the deal more than a year ago, it was a necessary evil as the conglomerate struggled to get back on its feet. With the coronavirus leaving both airlines and U.S. oil and gas companies contemplating bankruptcy, government aid, or both, it now looks like a well-timed deal – and beats relying on either the Feds or Warren Buffett as GE the conglomerate did in 2008. (By Antony Currie)

Howard Marks hearts authoritarianism? Not quite. In a blog post, hedge fund Oaktree Capital Management’s co-founder noted several U.S. states now have more Covid-19 cases than any Chinese province apart from Hubei, the epidemic epicentre, suggesting that draconian measures are worth emulating. His attitude is widely shared as Europe and the United States bumble their responses to the epidemic.

That would suit Beijing, which hopes to distract attention from its initial coverup of the outbreak in January, when millions of people left Wuhan, many infected, to travel abroad and around the country.

True, drastic quarantines appear to have corrected this domestically – assuming local officials aren’t manipulating data. But demands from China’s propagandists for global applause are a stretch. Asian democracies have controlled this outbreak better than China has, as case counts in Japan, Taiwan, and South Korea suggest. Competence and decisiveness outperform ideology in times of crisis. (By Pete Sweeney)

Buyer’s remorse. It’s hard to get out of an agreed deal with dignity, especially when it’s one overseen by judges in Delaware. Courts there set a high bar for invalidating deals because of a change in the seller’s circumstances. Auto-parts maker BorgWarner is trying its luck anyway. It threatened publicly on Tuesday to walk away from its roughly $1 billion deal to buy UK rival Delphi Technologies because the target tapped its $500 million revolving credit facility.

Delaware courts have only once let a buyer abandon a deal because of a so-called material adverse change. This isn’t the same thing – Delphi is rather accused of breaching an operating covenant by tapping its revolver without BorgWarner’s consent. People familiar with Delphi’s thinking say there were talks, and that amid a gigantic economic shock, drawing on an existing credit line is reasonable. The courts might agree. Assuming BorgWarner is actually just trying out a negotiating tactic, though, things may not get that far. (By Robert Cyran)

Blackstone’s pain in Spain. Along with fellow buyout groups like Bain Capital and Cerberus Capital Management, Steve Schwarzman’s firm has poured tens of billions of euros into the country’s property sector. Now that Madrid has slapped a decree to force losses on large private sector landlords, it won’t be feeling so smart. Deputy Prime Minister Pablo Iglesias, leader of the hard left Unidas Podemos party, specifically singled out “investment funds” among those who will have to give vulnerable tenants either a 50% haircut on any debt arrears, or cut a deal to structure repayments over three years.

Blackstone has become one of Spain’s biggest private landlords, with 15,000 multifamily rental units. Any hopes of making up lost returns through higher rents elsewhere have also been dashed: the government says any tenant coming to the end of their contract will automatically be granted a six month extension – with no price increase. One of Europe’s hottest property plays is going awry, fast. (By Christopher Thompson)

Ironman vs. Peloton. A deal related to mass group activities couldn’t come at a stranger time. Last week Advance, the owner of Vogue magazine, agreed to pay Wanda Sports $730 million, including debt, to take Ironman off its hands. It looks like a smarter bet than, say, the stock of Peloton Interactive.

Shares of the subscription bicycle service, which hit a low of $19.51 on March 12, have made a steep climb back rising nearly 40% by Tuesday. With an enterprise value of around $6 billion, each of Peloton’s 700,000 connected customers represents more than $8,500 of that.

But once lockdowns ease, demand for extreme sports, like Ironman’s flagship triathlon, will surely be strong among cooped-up fitness warriors. Ironman claimed about 1 million athletes in 2018, according to a presentation seen by Breakingviews. Each participant represents far less value than a Peloton user, around $730 apiece based on the price Advance is paying. Ironman offers something else healthy: profit. (By Jennifer Saba)

AMS rights issue wipeout. Investment bankers have got used to making money from healthy companies’ rights issues without taking any real risk. Austrian sensor maker AMS’s 1.75 billion Swiss franc ($1.8 billion) cash call to help finance its takeover of German lighting group Osram Licht is a nasty exception. Market anxiety over coronavirus has undermined the issue, which some investors already thought was too big as a proportion of AMS’s market capitalisation. The underwriters, including HSBC and UBS, got stuck with 30% of the issue, eating massively into their fees.

Shares on Wednesday were trading around 0.5 francs below the 9.2 francs the banks would have had to fork out for the shares. Multiplied by the 57 million shares they were stuck with, that implies a 29 million franc loss. So far, it’s still less than they earned from fees, which are not disclosed but can be estimated at 2% of the value of the total issue, or 35 million francs. Given the shares may fall further, it will be some time before banks again see rights issues as free money. (By Dasha Afanasieva)

BP joins oil major cutting crew. The UK crude producer has cut planned 2020 capital spending by a quarter, roughly in line with already announced moves by rivals Royal Dutch Shell and Total. A big chunk will come from reining in investment in U.S. shale, which the company recently augmented by buying BHP assets.

BP also said it has about $32 billion of cash and undrawn facilities. That’s less than Shell’s $40 billion and Total’s $39 billion, but more than Exxon Mobil’s $20 billion and Chevron’s $16 billion, according to Jefferies. That implies some defence for this year’s dividend payments, which BP didn’t mention. With other big payers like banks slashing theirs, investors will hope no news is good news. (By George Hay)

Pirelli’s allure. Gutsy investors are exploiting the Covid-19-triggered market rout to swoop on the Italian tyre maker. Italy’s Brembo, which makes brakes for Ferrari, bought 2.4% of $3.6 billion Pirelli on Tuesday, just as its shares were hovering at half their 2017 IPO price. Meanwhile, the Niu family, an old partner of Pirelli in China, said it could buy up to around 10% of the Italian group’s shares, having snapped up a tranche from lender Industrial and Commercial Bank of China. It is looking to take on a call option to buy more from Italian entrepreneur Marco Tronchetti Provera.

Both investors know Pirelli well but could have different reasons to jump in. Brembo, which chiefly serves the high-premium carmakers that Pirelli is also targeting, has repeatedly voiced takeover ambitions. But with Chinese investors owning more than half of Pirelli’s shares, it would struggle to pounce on the larger Italian player. The Niu family’s ambition is even less clear, but could help prop up the share price for other Chinese owners. Whatever the motive, the fact that two sophisticated investors are piling into Pirelli suggests they think the worst of the pandemic may be over. (By Lisa Jucca)