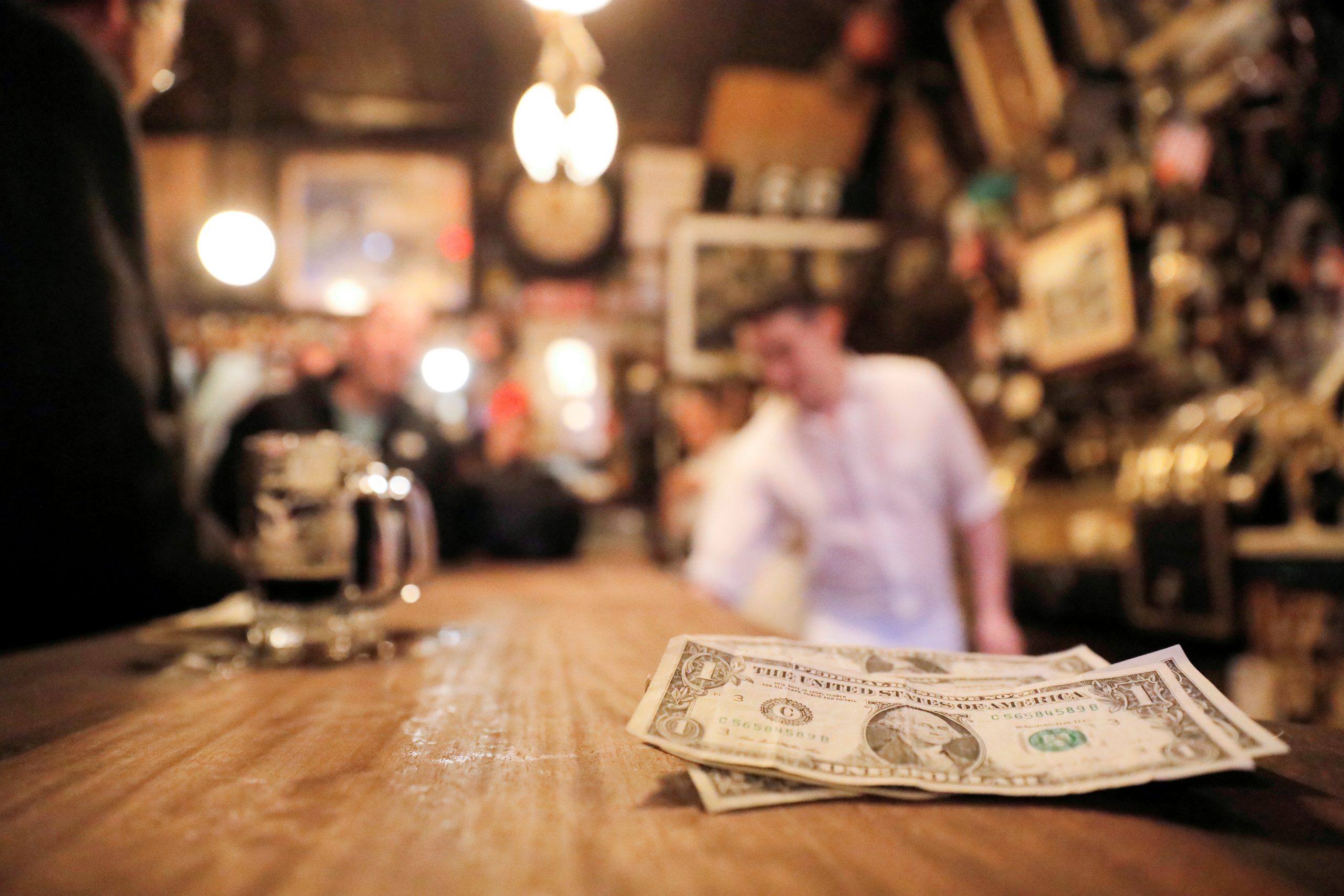 Dining bonds likely to be undersubscribed. The virus-hobbled restaurant trade has cooked up a financial innovation: dining bonds. To help make up for lost revenue, almost 200 mostly American restaurants as of Friday are selling what is effectively a discounted gift certificate to be redeemed normally after 30-60 days. In the case of executive chef Suzanne Cupps’s recently opened 232 Bleecker in New York, future patrons pay $75 now, and get $100 off their bill when the restaurant reopens.

On its face, a 33% unannualized return for a short-term investment might not seem too shabby, but the terms aren’t exactly creditor friendly. It’s unsecured and in the event of default, the recovery value would be zero. It’s a nice gimmick, but restaurants need quick and generous federal aid – not a GoFundMe campaign. (By Anna Szymanski)

Campari changes its mind. Italy’s Aperol maker is shaking and stirring a planned power grab. Just a month ago, the Italian cocktails group proposed to move its registered office to the Netherlands, chiefly to allow the controlling Garavoglia family to enjoy super-voting rights amid a shopping spree. With shares trading near 9 euros at the time – above withdrawal rights offered to potentially disgruntled shareholders – the governance change was supposed to be painless and come at little cost.

With Davide Campari-Milano shares now trading some 20% below an exit right set at 8.376 euros a share, the risk of investors rushing to grab the cash is real. No wonder its board amended the deal, saying it will cancel the offer if it must buy out more than 3 million shares, a bill of some 25 million euros in total. What looked like a clever move by the Garavoglias is beginning to look more like a Negroni-induced hangover. (By Lisa Jucca)

Yuanfudao’s great timing. At a time when deals are drying up and investors are jettisoning money-losing startups, a Tencent-backed Chinese online education platform is close to completing a financing round that would value it at around $7.5 billion, Reuters reports. A company spokesperson has disputed the Yuanfudao valuation and deal timing as “not accurate”, but would not elaborate.

It makes sense, though, as online learning is front and centre amid school closures forcing students to work from home. Downloads of online education apps have surged since coronavirus hit. But it’s not necessarily an easy ride: Alibaba’s DingTalk, a communication app which offers livestream and homework-grading features, has faced sharp criticism from students who have flunked it, leaving sub-par reviews. It may be easier to get investors to hit the books than students. (By Sharon Lam)

Casino bolsters post-virus defences. Long queues of shoppers outside grocery stores show the sector is one of the few winners of the pandemic. Casino Guichard Perrachon, the 4 billion euro retailer, is in the enviable position of outperforming France’s CAC 40 Index. So, it may seem like a strange time to flog three warehouses and 567 discount stores to its rapidly expanding rival Aldi France.

However, boss Jean-Charles Naouri was in a tricky spot already. Before shoppers began filling trolleys of toilet paper and pasta sauce, investors, including bankrupt parent Rallye, were no longer receiving dividends. Its debt pile was also nearing 5 billion euros. Analysts at JPMorgan reckon Friday’s sale will produce 650 million euros of net cash. Cleaning up its balance sheet while panic-driven sales boost profitability seems like a safe gamble. (By Aimee Donnellan)

Tiffany on the cheap. French luxury goods giant LVMH might seek to buy shares in its Hollywood-famed takeover target, Tiffany & Co, in the open market, Bloomberg reported on Thursday. A coronavirus global health emergency has forced the U.S. jeweller to temporarily close its flagship Fifth Avenue store – celebrated in “Breakfast at Tiffany’s” – and several others, dragging its shares as low as $111 on Wednesday. Such a chunky discount on LVMH’s $135-a-share cash offer may tempt French tycoon Bernard Arnault to try and save on its planned $16.2 billion bid, which Tiffany shareholders blessed last month. Yet, with shares rising on reports of LVMH’s potential move, that window of opportunity is narrowing. Tiffany’s virus discount is proving as fleeting as fashion. (By Lisa Jucca)

Tips are seen on the bar at McSorley's Old Ale House, which, established in 1854, is referred to as New York City's oldest Irish saloon and was ordered to close at 8:00pm as part of a city-wide order to close bars and restaurants in an effort to slow the spread of coronavirus the day before Saint Patrick's Day in Manhattan, New York City, New York, U.S., March 16, 2020.