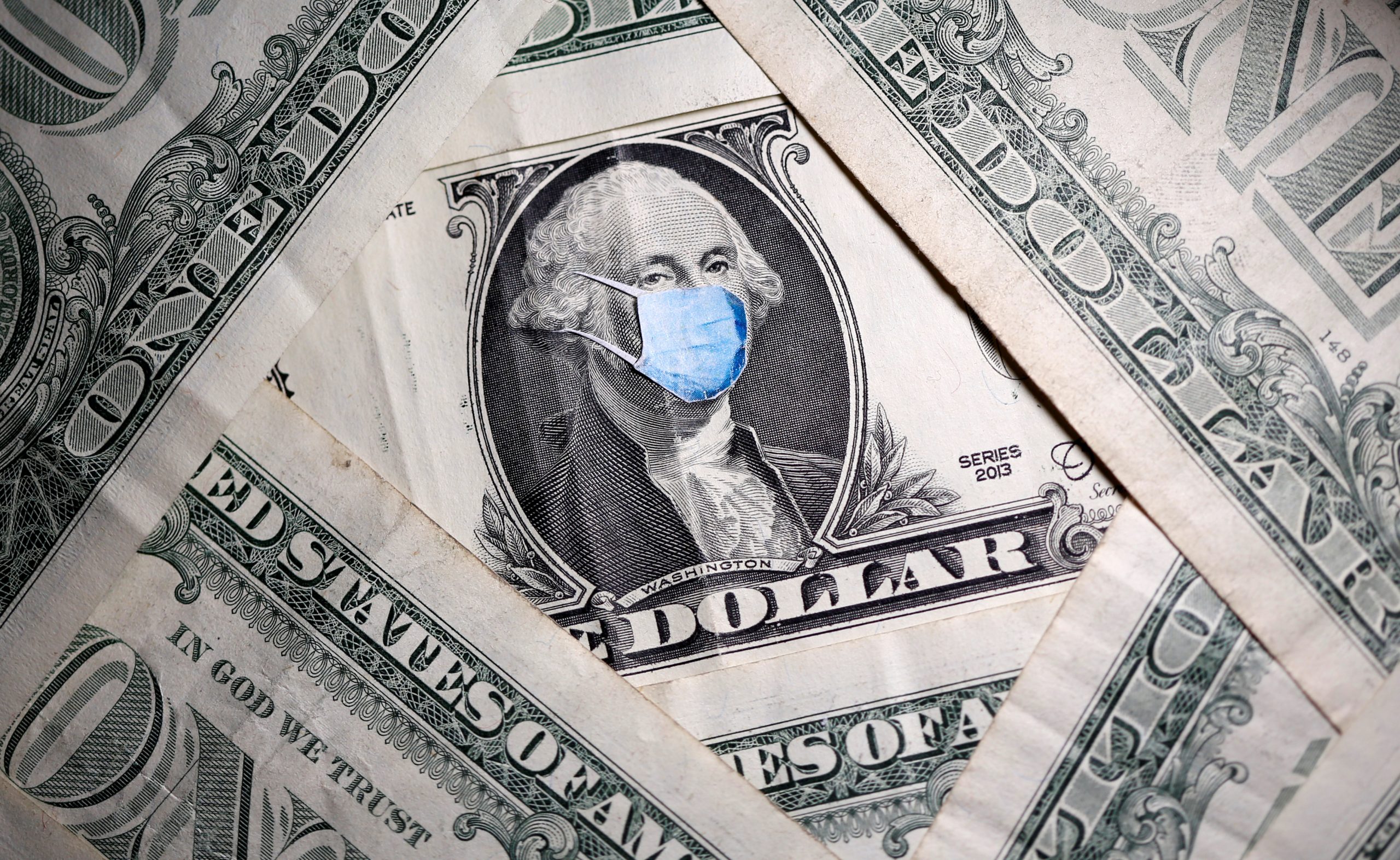 Corporates binge on debt before the reckoning. Investors gobbled up over $110 billion of investment-grade bonds this week – a new record. From the perspective of issuers, like T-Mobile US, this makes sense. They want to grab cash while they can. Sure, they’re paying a steeper price. Spreads are roughly three times wider than they were at the beginning of the year, according to an index from ICE Data Indices. But that’s almost a 25% rebound from the recent high, and treasury yields have obviously fallen since January.

For the buyers, the proposition is more mixed. The Federal Reserve’s role as a potential backstop should keep supporting the high-grade market, as will appetite from foreign buyers. But the massive hit to the real economy should cause earnings to tumble, making debt ratios and downgrades shoot up. Companies that can still issue high-grade offerings were probably wise to do so during what may turn out to be the eye of the storm. (By Anna Szymanski)

Beijing weighs financial soft-power priorities. The China-led Asian Infrastructure Investment Bank will lend $5 billion to members to help them fight Covid-19, AIIB President Jin Liqun told the Financial Times on Friday. A bigger question is what will happen to the estimated $919 billion that poorer countries directly owed Chinese lenders at the end of 2018, with interest rates as high as 7%.

A July study by the U.S.-based National Bureau of Economic Research showed China accounts for a quarter of bank lending to emerging economies; Djibouti’s debt to China is equal to nearly 100% of its GDP. A fair chunk of the credit flows are not disclosed to international monitors, per NBER, and most of it is collateralised by strategic assets or oil. In 2017 China raised eyebrows when it took over a Sri Lankan port in exchange for loan forgiveness. While defaults could impair balance sheets at Chinese lenders, seizing collateral hands ammunition to critics who argue Chinese lending is actually “debt-trap diplomacy”. (By Pete Sweeney)

High street hope. H&M on Friday offered an early glimpse into just how bad coronavirus lockdowns will be for retail sales. In the $18 billion Swedish clothing company’s first-quarter update, CEO Helena Helmersson revealed that Chinese sales collapsed by 84% in February. This looks like a gloomy harbinger of what’s to come in Europe and the United States, where H&M makes the bulk of its revenue. In-store sales seem likely to plunge given 3,778 of the group’s 5,065 stores are closed.

Still, there’s a glimmer of hope. Although Helmersson has cancelled the company’s dividend and told investors to brace for a second-quarter loss, many of the group’s Chinese stores are reopening. Meanwhile, online sales were relatively stable in the region in March. The implication is that retail’s virus shock may be short and sharp, but the high street will still live to fight another day. (By Aimee Donnellan)

Class postponed. The sale process for Switzerland-based language tutor EF Education First’s $2 billion China business is on hold as bidders struggle to assess the impact of Covid-19 on its operations, Bloomberg reported on Thursday. It has been a busy period for deals in the Chinese education sector. Unfortunately for EF, recent interest in the age of the coronavirus has been in online classes. Instead, EF specialises in educational tours, classroom-based courses and cultural exchange programmes. Some education deals are better than others.

EF, owned by Swedish billionaire founder Bertil Hult and his family, attracted bids for the unit from a host of private equity funds including Hillhouse, Boyu, General Atlantic and Permira, Reuters reported. It would have added to a blowout period for the sector, too: 159 minority and controlling stakes in Chinese education companies valued at a combined $10.9 billion have been snapped up by eager buyers since the beginning of 2018, Dealogic reckons. Many are now learning uncomfortable lessons of their own. (By Alec Macfarlane)

George Washington is seen with printed medical mask on the one dollar banknote in this illustration taken, March 31, 2020.