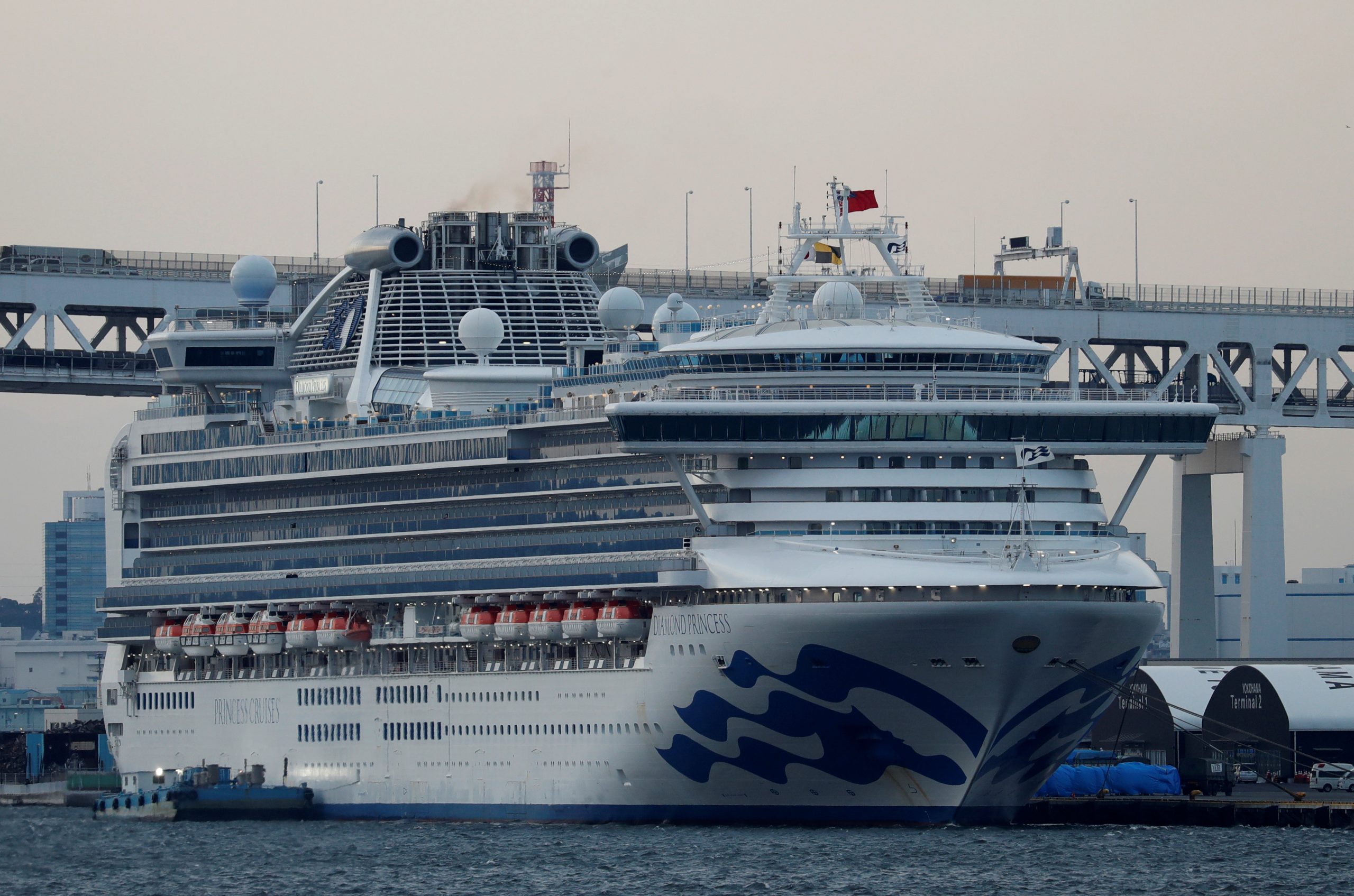 – Rich vs. poor
– Carnival not cruising

An unhealthy wealth trend. The coronavirus continues to exacerbate the stark divide between the haves and have nots. A survey by UBS shows that of respondents who make over $200,000 a year, the number who expect to save more of their income over the next three months easily outstrips the number who expect to save less. For the less-well-off, it’s the opposite. In the group making less than $60,000 a year, a greater number expect to save less rather than more – a difference amounting to one-fifth of those respondents.

It highlights a worrying consequence of the global Covid-19 pandemic. America’s low-wage workers couldn’t afford to save for a rainy day when times were good. U.S. household debt reached a record in February, topping $14 trillion. Unlike the global financial crisis, which bled from the banking sector to the broader economy, hourly workers in service and gig economies are being hit first. This is a disease of two halves. (By Lauren Silva Laughlin)

Carnival tries to bail itself out. The cruise company is hoping to raise roughly $4.8 billion of debt and $1.3 billion of equity, after coronavirus put essentially its entire business on hold in a matter of just weeks. That must hurt. Carnival’s market capitalization has fallen by three-quarters so far this year, and its credit rating has also been downgraded. Two of its vessels, the Diamond Princess and the Grand Princess, suffered coronavirus outbreaks after which people died.

A new Covid-19 risk factor in Carnival’s disclosures makes harrowing reading. It has no idea when any cruises might resume. Then there are the negative financial implications – and the danger that the company’s dire situation feeds on itself and makes capital even harder to raise. Though based in Miami, Carnival’s Panama incorporation may disqualify it from U.S. bailout funds, the Financial Times reported. That could really hurt, too. (By Richard Beales)

Swiss, cheesed off. Bern-based Finma, which supervises UBS and Credit Suisse but can’t impose fines, is hardly known for stringency. Chief Executive Mark Branson appears to be pushing back against that supine image, stating on Tuesday that he would cut virus-related capital relief if companies pay dividends from 2019 earnings, as the Zurich-based mega-banks were planning to do.

Unlike the European Central Bank’s recent recommendation that lenders pause dividends until October, Finma’s proposal has teeth. Branson rightly thinks banks and insurers should get less leeway if they deplete capital by paying shareholders. Of course the lenders may argue that they can reward investors and lend to virus-hit firms at the same time. But they can’t really know that without a clear idea of how long the crisis will last. Branson has effectively volunteered to be the target of investor ire. Best to let him play that role rather than irk your main supervisor in the middle of a pandemic. (By Liam Proud)

Glencore keeps shareholders waiting. The $20 billion miner-trader has deferred a decision on its planned $2.6 billion dividend payment until August. That’s better than peers like Freeport-McMoRan, which scrapped its own payout on March 23. But it’s still a concern for investors who have seen the value of their shares drop by two-thirds in a year.

At annual results in February Glencore anticipated comfortably covering its dividend 1.5 times with free cash flow. The caution now is that Covid-19 might force it to shut down more of its mines, as has happened to others, especially in South Africa. In that case, shareholders may have to swallow a repeat of the dividend cut they were handed in 2015. (By George Hay)

Ads for sale. Outdoor advertising outfit Clear Channel is offloading its 50.9% stake in Clear Media, ending a 22-year partnership with the Hong Kong-listed company. Aptly in the time of Covid-19, the deal touches three continents, with a U.S. seller and a buying consortium that includes French arch-rival JCDecaux and Alibaba’s Ant Financial.

Given the global turmoil, Clear Channel was lucky to find a buyer, especially one with such deep pockets. The consortium led by Clear Media boss Han Zi Jing is paying $253 million in cash, a 50% premium to the undisturbed price. That’s a chunky sandbag for Clear Channel’s viral defences after an 80% slump in its share price since January. Advertising is a discretionary cost, meaning it’s one of the first things to go when times get tough. If the global financial crisis’ impact on the sector is anything to go by, it’ll need all the help it can get. (By Alec Macfarlane)

UK supermarket sales surge has hidden sting. Tesco, J Sainsbury, WM Morrison and Asda enjoyed record sales in the 12 weeks to March 22 as panicked Brits stockpiled, according to consultancy Kantar.  Sainsbury’s boss Mike Coupe looked a clear winner among the four established players with his 5 billion pound outfit leading the pack with a 7.4% jump in sales. But that’s little cause for celebration. German ultra-discounters Aldi and Lidl notched up even pacier gains, giving them an even greater slice of Britain’s grocery pie.

With Aldi’s sales up 11%, its market share hit a record high of 8.2%. And while the big four enjoyed eye-watering demand – a hefty chunk of the 42 million extra shopping trips in just four days – all bar Asda lost market share this year. That may get worse as a prolonged lockdown triggers a painful recession and mass job losses. In hard times, shoppers have an even keener eye on a bargain. That’s a silver lining for the German duo. (By Aimee Donnellan)

Fiat’s dividend dilemma. Mike Manley is proposing personal abstinence as a pandemic palliative. In a letter to Fiat Chrysler Automobiles’ 192,000 employees, the chief executive – who was paid $1.4 million in 2019, plus a lot more in bonuses and shares – said he would take a 50% pay cut for three months. Senior executives and many staff were encouraged to chip in, although to a less drastic extent. Chairman John Elkann and his board will meanwhile forgo any salary until the end of 2020.

The symbolism helps, but only at the margins. The Italian-American carmaker has proposed 1.1 billion euros in dividends from its 2019 earnings. That seems superfluous in light of a potentially devastating economic crisis. Companies in other sectors, including luxury group Hermes and Ray-Ban maker EssilorLuxottica, are suspending or cutting dividends. With many FCA plants standing idle, saving cash by forgoing payouts makes more sense. (By Lisa Jucca)