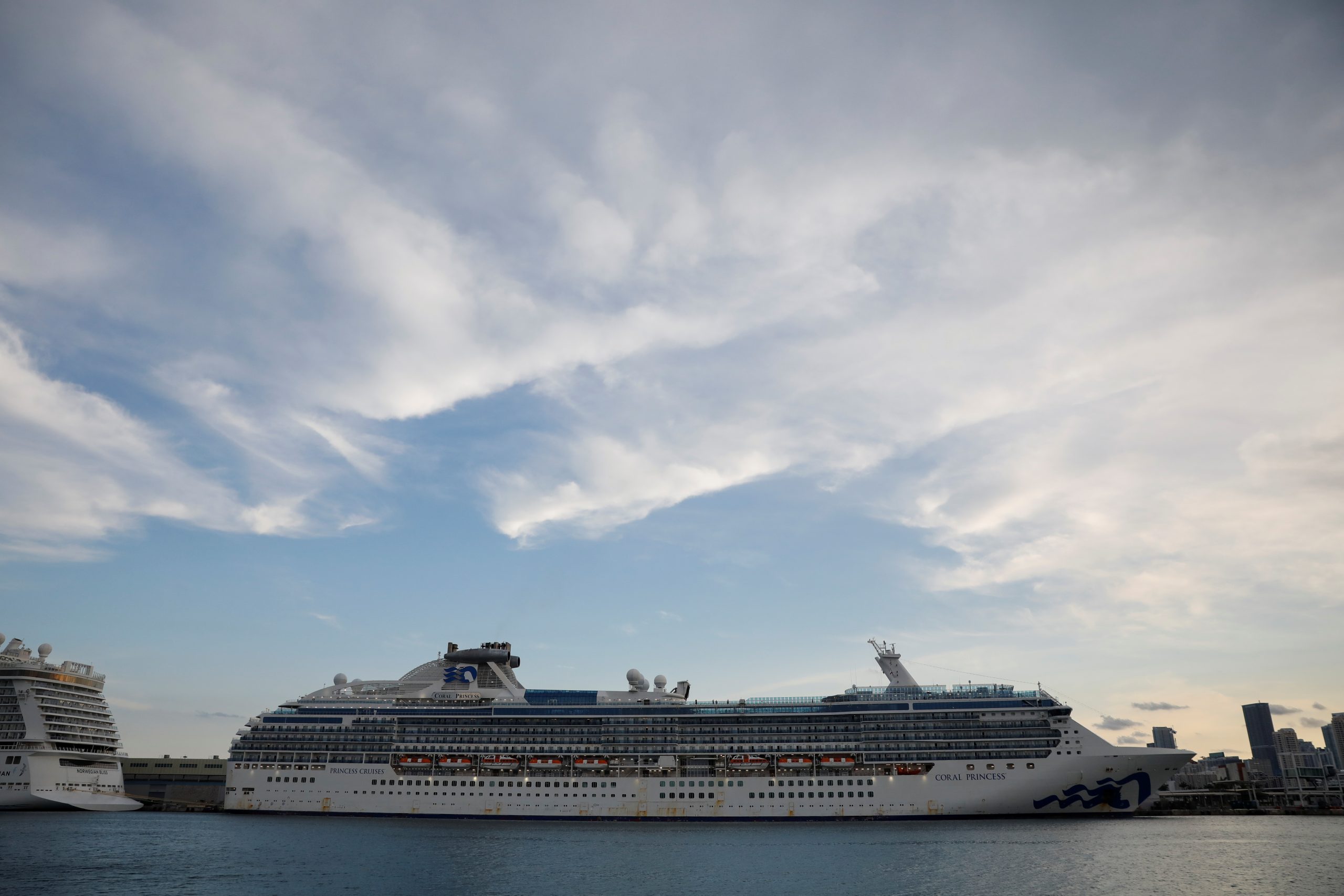 Saudis cruise to quick paper profit. Riyadh’s Public Investment Fund may have found the perfect time to board ship. The country’s sovereign wealth fund has built an 8% stake in Carnival, the cruise group at the waterborne epicenter of the coronavirus pandemic. The company’s shares, down 83% for the year as of Friday, jumped more than 25% on Monday after it persuaded bond and stock investors to stump up $6.25 billion last week – albeit at a pricey 11.5% coupon for senior secured debt.

Carnival’s bosses reckon they now have enough cash for at least 12 months, despite some $1 billion of monthly outgoings and no clue when their ships will sail again. PIF’s stake, which it bought in the market, according to the Financial Times, was worth $369 million at Friday’s close. By Monday, at least, the bet had paid off, soaring by nearly $100 million in value. (By Richard Beales)

Wildfire victims catch virus, too. California utility PG&E’s complex settlement to emerge from bankruptcy is becoming a bit more tenuous thanks to the pandemic. America’s biggest utility went bust in 2019 after a series of wildfires left it on the hook for damages. In an unusual exit, the company agreed to give victims $13.5 billion, half in stock. The snag is, lawyers for some victims now say they aren’t getting as much as the headline suggests.

The shares being given to the victims’ trust are valued at 14.9 times an estimate of net income. That’s rather rich considering rival Edison International trades at about 11 times forecast earnings for 2021. Receiving overvalued shares is a greater concern after the global market swoon induced by the coronavirus. Victims do get a vote, and they could threaten the agreement and possibly the company’s bankruptcy-exit plan. It won’t be the only stock-based deal of one sort or another that’s at risk thanks to the pandemic. (By Robert Cyran)

Insurance companies offer unexpected dividends. Money is tight for many people, and insurance companies need coverage that their customers won’t cancel policies. So they are racing to give cash back. Allstate is providing more than $600 million to customers over the next two months and American Family Insurance is giving back $200 million of premiums. With so many customers sheltering in place, there simply aren’t that many accidents. Both companies cited fewer claims.

Falling accident rates – and generous insurance companies – won’t be the pandemic’s only silver lining. Past recessions have consistently led to increases in life expectancy. In addition to fewer accidents, when people aren’t working, they sleep more, exercise more, drink less and smoke fewer cigarettes. The effects may be even greater this time because of sharp cutbacks in pollution. Actuaries’ pencils may be working overtime, though, when the pandemic’s end brings on a renewed vigor in getting out and about. (By Robert Cyran)

Light touch. Struggling UK department store Debenhams on Monday confirmed it intends to go into administration, amid the fallout from the coronavirus lockdown. The twist, however, is that the 207-year-old business won’t restructure its debts, or be liquidated, as would typically happen when a company fails. Instead, an administrator has been appointed who will keep the existing management team in place, and creditors will not enforce their claims for a period. With any luck, Debenhams will be able to continue trading once the lockdown is lifted.

Such “light-touch” administrations are rare in the UK, although they have been possible under Britain’s insolvency law for many years. Creditors typically want to get whatever money back they can, while companies are keen to restructure debt as soon as possible. Yet, because of the lockdown it is hard to value companies, and lenders are wary of a fire sale. That means it’s probably easier for all to give a sickly company time. With about 20% of its sales coming from the online channel, there are good reasons to keep Debenhams running through the lockdown, rather than shutting up shop. (By Karen Kwok)

Beijing is mad at Luckin Coffee. Chinese watchdogs are looking into alleged fraud at the U.S.-listed company, which tried to challenge Starbucks in the People’s Republic. The virus hit sales, and now it looks like historic revenue was wildly inflated too. With shares down nearly 90% this year, short-selling China bears Muddy Waters and Kynikos Associates look smug. Likewise pleased, perhaps, is American Senator Marco Rubio, who wants to delist Chinese firms that don’t allow full U.S. oversight of mainland auditors.

Beijing cannot be happy with Luckin’s founders Lu Zhengyao and Qian Zhiya. Investors are even dumping shares in Hong Kong-listed CAR, where Lu is chairman and Qian was once chief operating officer. Shares in other U.S.-listed Chinese firms could end up as collateral damage. Locals are rushing to use their Luckin coffee coupons while they are still honoured. Investigators have named the chief operating officer as the primary suspect. The buck might not stop there. (By Pete Sweeney)

NMC Health’s novel coronavirus defence. The Abu Dhabi hospital operator – which last month said its debt was $6.6 billion, much of it previously undisclosed – hopes to make the best of a bad situation. Executive Chairman Faisal Belhoul is trying to avoid going into administration, arguing over the weekend that it could cause disruption to the company’s 200 hospitals and clinics at a time when it was playing an ”important role” in the United Arab Emirate’s Covid-19 response. NMC is already failing to pay staff on time, raising fears that it can’t hobble on.

Either way, the saga has infected NMC’s lenders. The UAE’s biggest banks have so far fessed up to owning around $2 billion of the debt pile, with the latest disclosures made on Sunday. That means a significant portion of the remaining debt could still be on European bank balance sheets just as they face the enormous task of keeping lockdown-hit companies afloat with cheap loans. Belhoul’s hopes that Covid-19 can be his company’s saviour will be cold comfort to NMC’s creditors. (By Dasha Afanasieva)

A view of the Coral Princess ship, of Princess Cruises fleet, with patients affected by coronavirus disease (COVID-19), as it docks at Miami Port, in Miami, Florida, U.S., April 4, 2020.