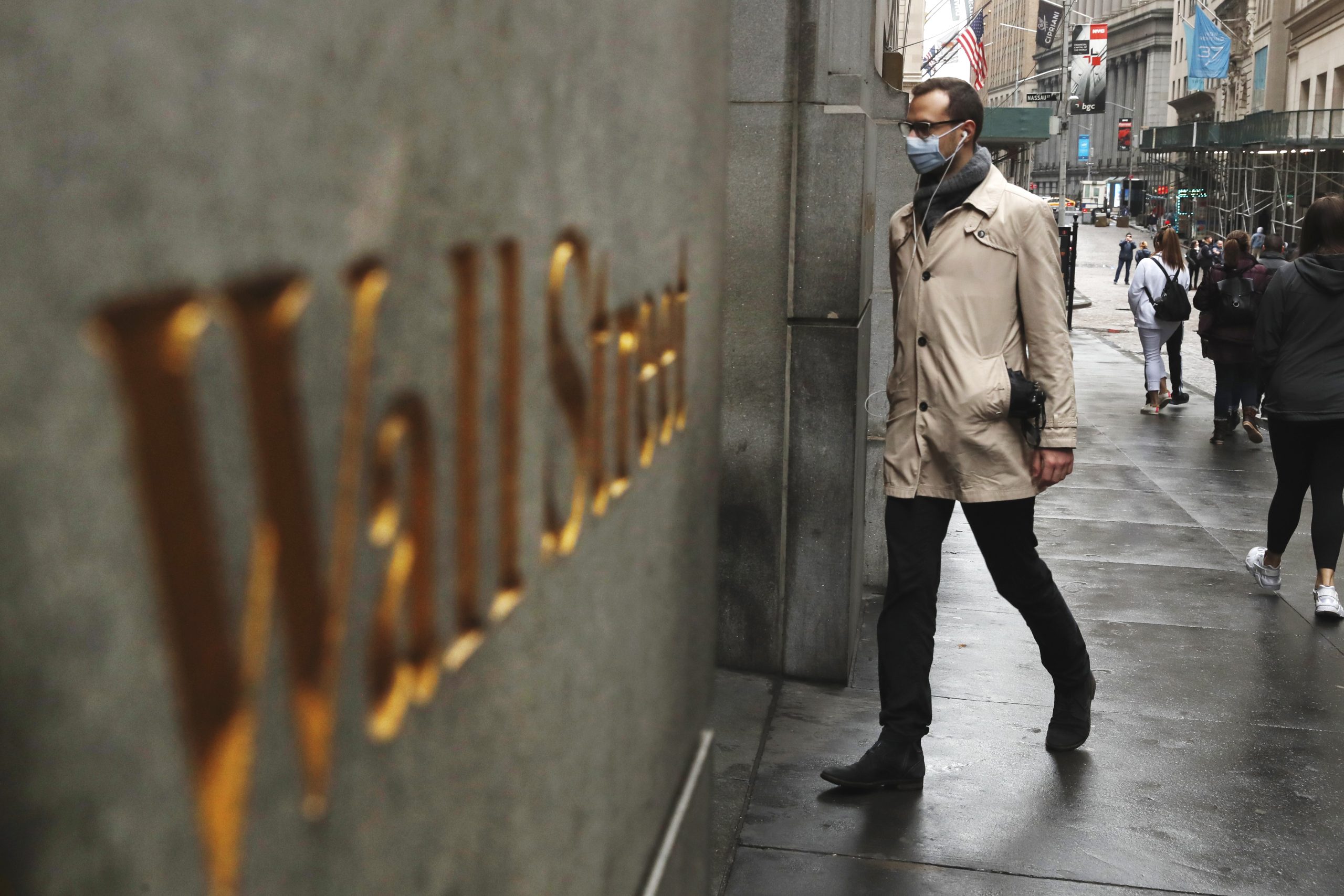 TV M&A drama. Once the desirable target of four suitors, a U.S. broadcaster is finding its partners are dropping like flies because of “market dislocation.” Tegna, which operates 62 local TV stations, said on Sunday that rival Gray Television and private equity firm Apollo Global Management had second thoughts after both parties ended discussions valuing the broadcaster at $8.5 billion including debt. Two other buyers may be interested but it’s looking doubtful after Tegna noted that neither signed NDAs.

Meantime, Tegna is fending off a proxy fight from Standard General, which owns nearly a 10% interest in the $2.3 billion broadcaster. Standard General blamed Tegna on Monday of stalling the auction. In theory a deal could still happen. Tegna benefits in part from political advertising, which, in a presidential election year, is the closest thing to a near certainty. But Morgan Stanley is still forecasting a 9% drop in local TV advertising this year. If Standard General wants a deal, it may only have itself to encourage. (By Jennifer Saba)

Designer hair shirts. Carlos Torres Vila can expect to receive fewer Christmas cards this year from European banking peers. The executive chairman of BBVA, Spain’s second largest lender, has renounced the 2020 bonuses of 300 senior staff, including himself, in order to “lead from the front” during the coronavirus crisis. The move heaps pressure on other lenders to follow suit.

BBVA expects to save some 50 million euros, equivalent to 0.8% of annual personnel costs. If the same proportion was applied at BNP Paribas, Deutsche Bank, Credit Suisse, Barclays and Santander, then Europe’s six biggest banks could collectively conserve over half a billion euros, according to their latest results. That would soothe shareholders fretting about dividend cuts and help fend off the kind of anti-bank sentiment seen after the 2008 crisis. Yet, having given up their bonuses, it may be harder for bankers to make the case for such fat payouts when the crisis ends. (By Christopher Thompson)

Wall Street loses an executive. Jefferies Group’s chief financial officer has died of Covid-19 complications. The Wall Street firm, which typically reports its earnings a month before rivals, is often where investors look to see where the industry is going. Peg Broadbent’s death adds another reminder of how rapidly the world has changed.

Broadbent had worked at Jefferies since 2007, when he joined as the group’s first global risk chief just as the financial crisis hit. The investment bank – now a subsidiary of listed Jefferies Financial – came through the crisis mostly unscathed, and didn’t take government rescue funds.

Last week Jefferies reported record quarterly revenue, as a group and at the investment bank Broadbent helped to oversee. Chief Executive Rich Handler noted that in light of events since its financial quarter ended in February, the result already feels like “ancient history.” He won’t be the last to say so. (By John Foley)

The opposite of buyer’s remorse. The market value of Abbott Laboratories, which obtained approval for a rapid coronavirus test, rocketed over $10 billion at the start of U.S. trading on Monday morning. The five-minute test is the fruit of a merger Abbott didn’t want to do. The company says tests will be available this week and production will rise to 50,000 per day. It could sell more: Quick tests could be crucial to the safe reopening of factories and public spaces, as well as for use in medical facilities.

The irony is that Abbott’s new bounty comes from technology purchased in its acquisition of Alere. Abbott agreed to buy the company for $5.8 billion in 2016, then got cold feet following revelations of improper accounting at Alere as well as allegations of other bad practices. Alere sued because it didn’t want the deal terminated, and Abbott begrudgingly completed the deal in 2017 at a 9% lower price. Its unexpected virus-testing boost is worth twice the purchase price. (By Robert Cyran)

Sickly M&A. The UK’s most prominent recent fund management deal could fall foul of the coronavirus. A pandemic probably wasn’t high on Chief Executive Andrew Formica’s radar when he announced in February that his Jupiter Fund Management would gobble up smaller rival Merian Global Investors for 370 million pounds. Back then investors seemed happy to forgive Formica for the deal’s vague benefits: Jupiter didn’t say what synergies it expected to get from combining with Merian, other than to promise that the acquired group had “the potential to contribute to” an operating margin of up to 60%.

That may be a stretch now. Merian was losing assets before the virus struck. Now it faces declines in the value of the funds it manages, and possibly even more outflows. The over 50% collapse in Jupiter’s share price since the beginning of the year, worse than peers M&G and Standard Life Aberdeen, suggests investors don’t see much benefit from the deal. They will have the chance to vote on whether to proceed in April. To convince them, Formica will need to come up with some more compelling numbers. (By Aimee Donnellan)

Soccer sacrifice. The coronavirus pandemic has Europe’s star soccer players counting their losses. Players at top teams are foregoing part of their paycheques to ease the financial burden from the forced suspension of matches across most of the continent. Juventus star Cristiano Ronaldo will forfeit four months’ salary, a third of his 31 million euro annual package, according to Sky Italia. His teammates and coach will do the same, saving the club a total of about 90 million euros – meaningful given its 327 million euro net debt.

Not every footballer has volunteered happily. Barcelona, which had sought a 70% salary reduction for players including star forward Lionel Messi, used Spain’s emergency law to unilaterally impose a cut. Swiss club Sion fired nine of its players for refusing to accept part-time contracts. With millions of people facing the prospect of losing their jobs, some soccer self-restraint seems in order. (By Lisa Jucca)

Petrified in Pretoria. Tito Mboweni is taking straight-talking over coronavirus to new levels. After Moody’s cut South Africa’s credit to junk status on Friday, in line with other ratings agencies, the Rainbow Nation’s finance minister admitted Treasury officials were “trembling in our boots”. With foreigners owning 37% of South Africa’s 2.2 trillion rand ($120 billion) domestic bond market, his concerns are warranted.

The biggest fear is that South Africa’s impending ejection from investment-grade bond indexes will have overseas investors rushing to the exit. The rand fell 2% to a record low of 18.08 against the U.S. dollar on Monday morning. But it may not be all doom and gloom. South Africa’s trajectory has been obvious for years. The coronavirus-triggered stampede from emerging markets will have cleared out the remaining laggards. Other nations are also facing similar downgrades. For Mboweni and his quaking colleagues, that’s some consolation. (By Ed Cropley)

Chinese carmakers rev up.  Geely Automobile has warned that this year could be among the most difficult in the group’s history with the fallout from Covid-19 coming on top of an earlier industry-wide slowdown: the $13 billion Chinese carmaker on Monday reported a 35% fall in year-on-year net profit in 2019. The desperation is evident. As China gets back to work, carmakers are aggressively pushing sales, offering steep discounts and turning to social media celebrities to win a slice of limited spending on big-ticket items. Such gimmicks are likely to be repeated worldwide by rivals when they put their foot back on the metal. Credit ratings agency Moody’s expects global auto sales to fall around 14% this year. Autos and much more will become a buyer’s market. (By Sharon Lam)

A man wears a protective mask as he walks on Wall Street during the coronavirus outbreak in New York City, New York, U.S., March 13, 2020.