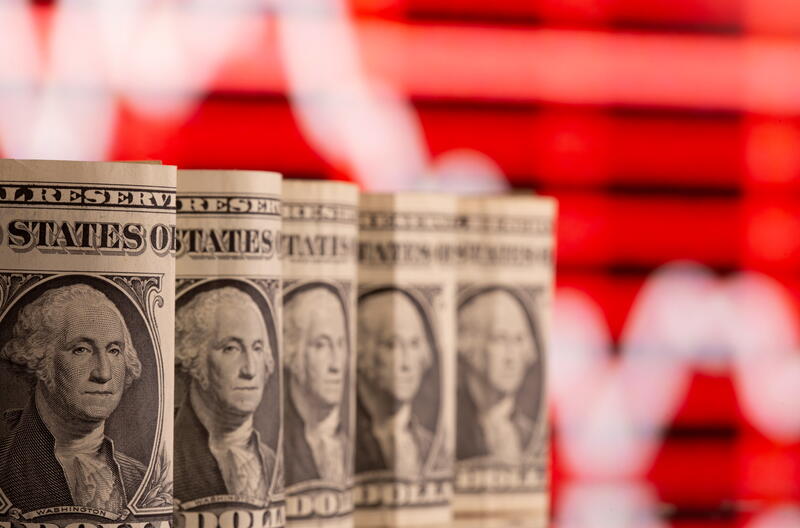 Last week’s ructions in bond markets have raised a question that has been posed frequently in recent years: Is the four decades-long fixed-income boom finally coming to an end? Bears point to the extraordinary levels of money printing and immense government deficits witnessed during the Covid-19 crisis. Bond bulls are sticking to their guns, however. The economics of interest-rate cycles are fuzzy. And financial history offers little guidance, except to suggest that when the market finally turns most investors are caught wrong-footed. How could it be otherwise?

Over the past year, the United States has witnessed the fastest growth in the money supply and produced the largest fiscal deficit since World War Two. The Federal Reserve has roughly doubled the size of its balance sheet. That’s not all. President Joe Biden’s $1.9 trillion stimulus plan has just sailed through the House of Representatives, while Fed Chairman Jay Powell has committed to purchasing $120 billion worth of securities every month. Commodity markets are on fire. Break-even inflation spreads have widened.

Bond bears suggest that yields will pick up as globalisation reverses. The rapid expansion of international trade in recent decades, they argue, has put downward pressure on wages, inflation and interest rates. Globalisation was already in reverse before the pandemic produced its own supply shock. In the coming years, China’s workforce will shrink and populist pressures against free trade are likely to persist. As China ceases to export deflation, long-term interest rates are bound to rise.

Bond lovers will have none of this. Aging populations promote deflation, not inflation, they say. If in doubt, look at Japan’s experience since 1990. Furthermore, massive government borrowing during the pandemic has just added to an existing pile of unproductive debt, whose impact is also deflationary. Any economic boost induced by the Biden spending plan will only be fleeting. This is not an environment, say the bond bulls, in which inflation is likely to take off.

The differences between these two opposing sides are difficult to resolve. Centuries of history show no clear relationship between the level of government indebtedness and bond yields. Nor is the impact of demographics or economic growth on interest rates any more straightforward.

America’s population and economy expanded rapidly in the late 19th century at a time when interest rates were falling. It also continued growing after 1945 when bond yields were trending higher. Inflation may be a monetary phenomenon, as Milton Friedman asserted, but after 2008, inflation remained quiescent and bond yields hit rock-bottom despite tireless money-printing by central bankers. As for globalisation, world trade and interest rates collapsed in tandem during the Great Depression.

Raging bond markets last for decades, and anyone bold or foolhardy enough to predict their demise usually ends up with egg on their face. The corollary is that investors are blindsided when interest rates eventually change course. “Prevailing opinion never shows the future course of [bond] prices but only explains the present position thereof,” wrote economist John Burr Williams in his 1938 classic “The Theory of Investment Value.”

Williams cited a survey of leading figures on Wall Street and Washington conducted by Equitable Life in 1899. Asked about the future direction of interest rates, none of these luminaries predicted that America’s decades-long bond bull market was about to end. These experts, Williams suggested, had failed to consider recent South African gold discoveries and new methods of gold extraction that were producing an increase in the monetary base. After 1900, commodity prices and bond yields rose for 20 years in a row; following which bond yields declined for another quarter of a century. The turning point came in 1946.

During the war, short-term interest rates were held below 0.5% by order of the U.S. Treasury and 30-year yields were capped at 2.5%. To help finance the war effort, the Fed acquired bonds directly from the government. Wartime restrictions suppressed household consumption and boosted savings. Believing that interest rates might never return to their prewar levels, bond buyers bid down the yields on long-dated Treasuries below 2% for the first time in history. Their timing could not have been worse.

The ending of hostilities released the Fed’s excess liquidity and consumers’ pent-up demand, pushing inflation into double-digits. Nevertheless, Washington continued holding interest rates at their wartime level. The great bond bear market commenced in April 1946. Over the following three and a half decades, an investment in 30-year U.S. Treasuries, held at constant maturity, lost more than four-fifths of its value. Across the pond, British Consols lost 97% of their purchasing power. By the late 1970s, government bonds were widely reviled as “certificates of confiscation.”

The “war” on coronavirus has much in common with this earlier period. Once again, U.S. government debt is back at wartime levels. Once again, the Fed is lending a hand by buying Treasuries. Policies to counter the pandemic have suppressed consumption and boosted savings. Once again, the monetary authorities are committed to maintaining ultra-low rates even as inflation picks up. Once again, investors can’t believe that today’s low bond yields won’t last forever.

The current U.S. bond bull market commenced in August 1981. No previous cycle has lasted so long, nor witnessed such an impressive decline in yields. “A tendency to go to extremes,” write Sidney Homer and Richard Sylla in their “History of Interest Rates”, “is often observed at the highs or lows of a protracted market trend. At such times, precedent and overwhelming psychological expectations reinforce the prevailing economic factors.”

This time is no different. Not only have Treasuries traded at record highs over the past year, but the term premium – the extra payment normally demanded by bondholders as compensation for uncertainty about the future course of interest rates – has turned negative. The bond market’s recent extremes, together with complacency of bondholders and central bankers, provide the strongest indicator that history’s greatest bond bull market is well past its sell-by date.

U.S. one dollar banknotes are seen in front of displayed stock graph in this illustration taken February 8, 2021.