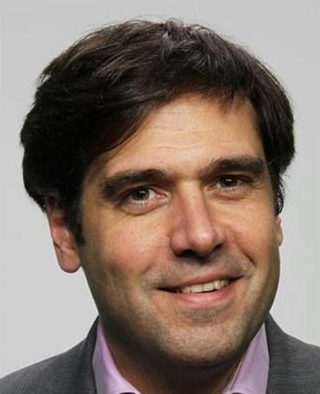 If British voters vote to leave the European Union on June 23, many global banks have said they may be forced to relocate thousands of jobs from the City of London to other financial centers in the European economic bloc. This (fictional) letter from the mayor of Antwerp, Belgium to the chief executive of one of those banks sums up the pre-emptive pitch cities and regions across the continent will make for those jobs in the event of Brexit.

It is with pleasure that I bid you a hearty “welkom” from the great city of Antwerp. I write this letter knowing that you are probably deluged with similar invitations from cities across the European continent. None, however, can match the charms, ease of doing business, cosmopolitan history and rich gastronomic and cultural traditions of Belgium’s second-largest city.

My counterparts in Paris, Milan, Frankfurt and even Madrid are all reportedly courting you. They are probably offering tax breaks, special economic zones, maybe even free office space. They are all wonderful places. But before you commit to sending a single derivatives trader to these crowded metropolitan areas, I urge you to visit Antwerp, a manageable city of half a million people with plenty of room to spare for your unusually talented staff.

It won’t take you long to get here – we are an hour’s flight from London’s City Airport. If you prefer the comfort of the train, we’re just a couple of hours from Paris and Amsterdam. There is no more central location in Europe: I can practically see Maastricht, the town in which the European Union signed its most important treaty, from my office window.

In Antwerp, your bankers will enjoy unparalleled respect from the local citizenry. Unlike London or Paris, they will not be demonized. No major financial institution has been headquartered here since KBC regrettably wound down the once-proud and prosperous Antwerp Diamond Bank in 2014. And while it’s true that Belgium’s banks suffered in the financial crisis, Britain hardly fared any better. I can assure you that JPMorgan workers will be greeted like returning heroes.

It is also true that few European cities can match Antwerp’s openness to people of different ethnic backgrounds and religious creeds. Did you know that our city has one of the largest Jewish communities in Europe, with more than 15,000 members? Did you know that there are nearly 2,000 members of the Jain faith here in Antwerp? Armenians, too, have found great success and freedom in our city, as have Moroccans, Turks and other groups.

Many of these migrants work in the Diamond Quarter. Through this square mile of our city more than two-thirds of the world’s rough diamonds pass every year, generating tens of billions of dollars in revenue. We know what it means to be a multicultural hub and a global capital of commerce. We even have our own newspaper dedicated to money: With De Financieel-Economische Tijd in our backyard, there’s no need for The Financial Times!

Internationalism is nothing new to us. Four centuries ago, when Milan was a mere duchy and Paris a choleric backwater, we were the second-largest city north of the Alps. For a time, Antwerp was the sugar capital of Europe, and the richest city in the realm. For decades, all of the world’s trade in pepper, silver and textiles passed through here. If Napoleon hadn’t lost at Waterloo, he would have developed Antwerp into the greatest port in the world.

With perhaps only London matching our history as a trade and financial center, JPMorgan will find Antwerp a most hospitable destination for its diverse workforce. For your homesick employees from the United States, we even have our own suburb of Hoboken. While I acknowledge that Flemish is a difficult language, English is our second tongue – to the chagrin of our bureaucratic leaders in Brussels, we’ve never been particularly comfortable speaking French. Besides, if my New Flemish Alliance gets its way, Flanders will eventually secede from the rest of Belgium.

Before I close, it would be remiss of me not to inform you of our many cultural attractions. The Rubenshuis is the former home of Peter Paul Rubens, the great baroque painter, and our Royal Museum of Fine Arts is filled with masterpieces like Alexandre Cabanel’s “Cleopatra Testing out Poison on Condemned Prisoners”.

Upon their transfer to Antwerp, JPMorgan employees will enjoy a cornucopia of local gastronomic specialties, like Poolster’s pickled herring and Equinox butcher’s delicious horse-meat, all washed down by a bolleke of the beer De Koninck Brewery has been producing since 1833.

So, as you can see Mr. Dimon, Antwerp offers many features that you cannot find in Frankfurt, Paris, Amsterdam or Milan. It is a beautiful, well-situated city with a vibrant multicultural workforce. And we can throw in the tax breaks, free office space and anything else that will convince you to make Antwerp the future European headquarters of JPMorgan.