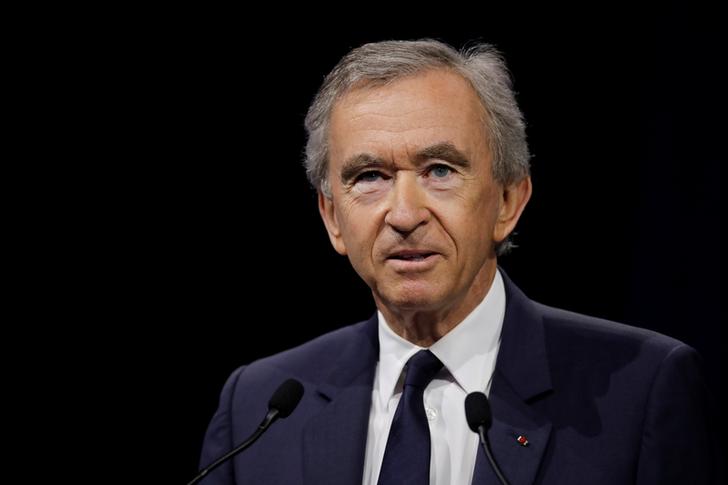 How did Bernard Arnault become the richest man in France, worth more than $80 billion? Hard work, shrewd investing and meticulous management all played a role. Maybe also one other thing: acting like a spoiled brat. That’s certainly the most prominent trait on recent display from the 71-year-old chairman and controlling shareholder of the LVMH luxury goods empire.

Back when pandemics were a plot line for Hollywood thrillers, Arnault decided he needed to own Tiffany. He wanted the American jeweller really, really badly. And what Arnault wants, he gets. So, after a hot pursuit, LVMH agreed to pay $16.2 billion, or $135 a share, in cash for Tiffany just before Thanksgiving last year.

Then Covid-19 hit the fan. The virus messed up the world where Chinese shoppers board planes to buy baubles from Tiffany and suitcases from Louis Vuitton in airport malls. Consequently, Arnault became afflicted with that powerful rich man’s curse: debilitating buyer’s remorse. Now he’s throwing all the toys out of his cashmere-lined crib to pay less for Tiffany. And he probably will get his way.

It’s disconcerting to watch an elegantly tailored multibillionaire act like an overindulged crybaby. True, it’s not his fault that the coronavirus skipped from pangolins to human beings. But a deal is a deal. LVMH signed a legally binding contract, which ultimately forms the basis of trust on which free markets and capitalism, which have richly benefitted Arnault, reside.

Ever since Arnault decided Tiffany was a duller jewel than the one he spied, LVMH has pulled out all the stops to wriggle out of the covenant it signed with Tiffany’s owners. Some of the tactics are standard fare, like trashing Tiffany’s management of the crisis. Others, such as the brandishing of an unusual letter from the French government to LVMH, appear downright dubious. Next up is a legal fight in a Delaware court.

While this may look unseemly in fashion circles, it’s classic Arnault. He is impeccably ruthless. Consider one of his last public bouts of nastiness a decade ago, when he surprised Parisian rival Hermès International by showing up with a 17% stake. Arnault stealthily built up equity derivatives through friendly banks to avoid publicly disclosing his intentions. The CEO of the family-controlled company described the move thusly: “If you want to seduce a beautiful woman, you don’t start by raping her from behind.” Indeed.

The spat lasted for years, and Arnault was frustrated in attempts to take control of Hermès, mainly thanks to French courts and the country’s financial markets regulator. But over the course of the saga, Hermès shares more than tripled and LVMH made an estimated gain of more than 4 billion euros on its investment. It was a masterclass in how a rich person becomes even richer.

Or go back to the fin-de-siècle bidding war for Gucci, when LVMH snapped up shares in the open market and stakes held by other investors to coerce the Italian fashion house to negotiate. Arnault sought board seats and nearly amassed a stake large enough to trigger a clause in Tom Ford’s employment contract that would have allowed the famed designer to exit. In the end, Gucci sold itself to LVMH arch-rival PPR, now called Kering. But the episode captured Arnault’s willingness to get down and dirty in the pursuit of stuff he wants.

Arnault’s wolf-in-Loro Piana ways have served him well, particularly in France. But the Delaware Court of Chancery, where Tiffany is suing LVMH to compel it to complete the takeover, is far from the genteel Paris shopping street of Rue du Faubourg Saint-Honoré. Arnault’s company is launching a counter-suit arguing that the pandemic amounts to a “material adverse change”. But it’s a long shot to expect crusty Delaware judges to offer Arnault an easy way out.

Similarly, charges that Tiffany’s management, led by former LVMH employee Alessandro Bogliolo, mismanaged the response to Covid-19 will be hard to stand up. True, Tiffany continued to pay out dividends during the crisis, while LVMH cut its 2019 payout by 30%. But that’s not irrational behaviour for a company that had already agreed to a sale. In the last quarter, Tiffany’s revenue fell 29%, but earnings still exceeded investor expectations.

More intriguing will be to see the faces on the Delaware judges when they read a letter to Arnault from the French Ministry for Europe and Foreign Affairs stating the company “should defer the closing of the pending Tiffany transaction” to January 2021, after the current deadline for the deal. The purported intention of the letter, which Bloomberg reports was solicited by Arnault and Reuters reports has been downplayed by the government as non-binding, was to support France’s intention to discourage U.S. authorities from imposing tariffs on French exports. Whether the letter was a favour to Arnault or not, it was certainly unusual.

It’s easy to imagine Arnault using his political connections to squirm out of a contractual agreement. Remember, he was one of the first prominent plutocrats to visit President-elect Donald Trump in his gilded New York tower, which houses Tiffany’s flagship store. Videos of the meeting show a beaming Arnault promising to expand LVMH’s U.S. manufacturing footprint. “They’re going to do some wonderful things in the country – jobs, a lot of jobs,” said Trump, who last year accompanied Arnault on a visit to a new LVMH leather-goods factory in Texas.

Yet Delaware is almost as far from Texas as it is from Paris. LVMH’s spoiling tactics may be effective in allowing the late November deadline for its offer to lapse, but the court could still decide LVMH breached its duties and force it to follow through. If that happens it will be one day, down the road from now. The gamble is whether that prospect is enough for Tiffany’s directors, which include the former Gucci CFO who was bruised in the LVMH battle two decades ago, to keep their cool.

Leaving Tiffany in limbo and potentially watching its stock drop back below the $90 where it traded before LVMH’s bid, during a crisis in travel, tourism and bling that shows no signs of receding, is a risky bet.

Accepting a lower price will open Tiffany and the board to shareholder lawsuits. Then again, lawsuits will come if the deal doesn’t happen, too. But time is money, and Tiffany doesn’t have an endless supply of either. Settling for $115 a share today would beat the uncertainty on offer. Even if it means caving to one of the richest, most spoiled brats to ever roil the global capital markets.