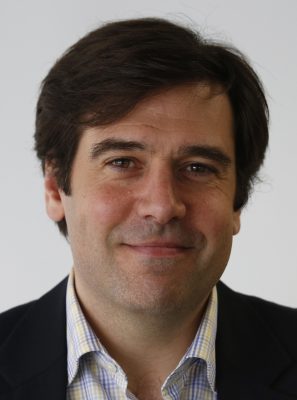 Credit Suisse Chief Executive Tidjane Thiam is clearly frustrated with the investment banking operations of the institution he oversees. And with good reason: Wall Street banks seem to have mostly won the battle for supremacy over who gets the lion’s share of the fees the world’s biggest corporations and investment managers pay to bankers and traders.

Yet at the same time the cost of maintaining the $29 billion Swiss bank’s business of financing companies, advising them on mergers, and making markets in a bewildering array of stocks, bonds and other instruments remains high. Meanwhile regulators keep demanding that banks put up more expensive capital against these activities.

So it is logical that Thiam, and perhaps other European bank executives like John Cryan at Deutsche Bank, Jes Staley at Barclays, Stuart Gulliver at HSBC and Sergio Ermotti of UBS, might consider more radical ways to reduce their financial commitments to some of these operations. The Zurich-based bank is talking to a rival about pooling costs, Thiam told the Financial Times, suggesting “this is just the beginning.”

It’s easy to see where this deliberation might lead. If they can’t make it on their own, Thiam and others may conclude they should join forces to take on their U.S. competitors. The idea of merging investment banks may sound very fin de siècle, and not a little stupid. After all, Credit Suisse paid $11.5 billion for Donaldson, Lufkin & Jenrette back in 2000, only to see the New York firm’s rainmakers depart and their combined market share fail to materialise. It later wrote off the value of the acquisition.

However, many of the European banks that bulked up over the past few decades on Wall Street now stand at an existential crossroads. They’re gazing at a future in which these businesses, even if they are able to make a profit, will probably struggle to cover their costs of capital in the foreseeable future. This puts them at a competitive disadvantage in wooing clients and retaining talent relative to the American firms. It’s an ugly cycle.

Look at where the non-U.S. banks stand in the industry league tables compiled by Thomson Reuters. While not necessarily a reflection of profitability, it’s generally accepted that the industry’s high fixed costs mean scale allows a greater proportion of the fees to drop to the bottom line. Not one firm headquartered outside of Manhattan ranks in the top three advising globally on mergers and acquisitions, underwriting debt and equity or arranging big syndicated loans so far this year.

Credit Suisse’s best showing is as the sixth-ranked M&A adviser, just ahead of Barclays. Deutsche came in tenth in mergers, and seventh on debt, equity and loans. Barclays managed fourth spot in debt, just ahead of HSBC. All of this despite the fact that Credit Suisse bought DLJ and First Boston before that; Deutsche Bank spent $9 billion on Bankers Trust back in 1999; and Barclays picked up the American carcass of Lehman Brothers after the financial crisis for a bargain $1.8 billion.

As the head of one U.S. bank told me last week: “It’s over – the Americans won.” The top slots in the rankings for core investment banking products are now all held by some combination of Goldman Sachs, Morgan Stanley, JPMorgan, Citigroup and Bank of America Merrill Lynch. The picture is broadly similar in the arenas of stock and bond market trading.

Maintaining these subscale franchises is expensive. Credit Suisse, which reports third-quarter earnings this week, squeezed out a profit before tax of 73 million Swiss francs in its investment banking and capital markets arm in the first half of the year, on 931 million francs of net revenue. Its global markets division lost 44 million francs on pretax income of 2.9 billion francs. These two divisions accounted for about 40 percent of the bank’s core risk-weighted assets. By comparison, Credit Suisse’s international wealth management, Asia Pacific and Swiss banking arms made a combined 1.9 billion francs on 6.8 billion of net revenue.

Things aren’t much better over at Deutsche Bank, whose massive global markets division eked out a 3.7 percent return on tangible equity in the third quarter. To cover its cost of capital, my colleague Dominic Elliott reckons the bank would need to slash costs by a fifth.

One way to be more efficient would be for Deutsche and Credit Suisse to crunch their U.S. businesses together. They would also enjoy bigger scale. If the banks were able to maintain their respective market share positions under one roof, they would vault up the rankings. A Credit Suisse-Deutsche Bank duo, for instance, would have challenged JPMorgan as the leading underwriter of global equity and equity-linked securities, raising some $47 billion for clients, year to date. And it might figure as a top five M&A adviser.

Merging would undoubtedly be messy. Conflicts of interest would make it hard for the combined group to keep all its clients. The best employees might leave. Regulators, too, might balk at the idea of big balance sheets getting bigger. A merger of Credit Suisse and Deutsche’s U.S. holding companies would potentially create a $700 billion institution.

Winning approval for such a deal would take finesse from the banks concerned. The Federal Reserve would need to be persuaded that one better managed, more profitable and less risky institution was preferable to two weak subsidiaries. Analysts at Macquarie Research pointed out last week that “Deutsche Bank has the largest U.S. balance sheet of European peers and is also the most weakly capitalised of peers. This must be an uncomfortable position for U.S. regulators.”

Over time, their parents in Switzerland and Germany could eventually spin off all or part of the combined enterprise to investors, reducing their exposure. But a successful combination – call it First Boston Bankers Trust – might even attract other banks facing a similar future of death by a thousand cuts. Who knows, one day maybe Lehman Brothers and Dillon, Read could join the reunion, too.