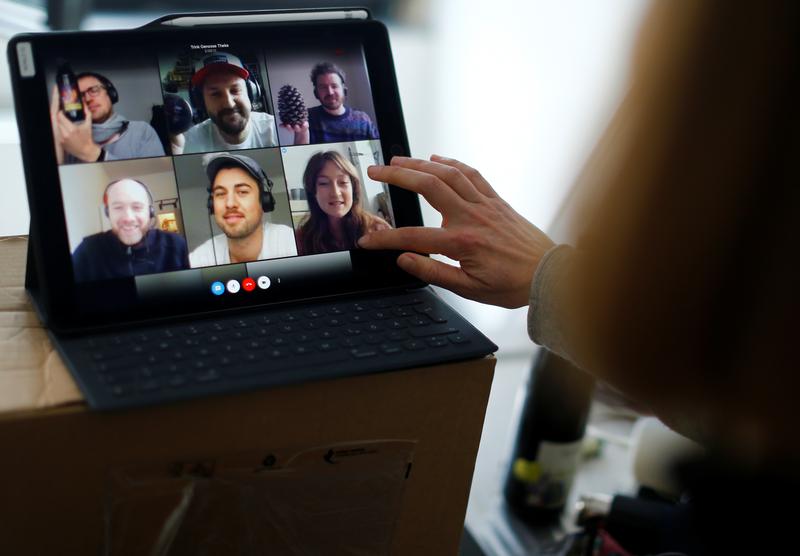 A meme circulated on Twitter recently suggesting that companies suffering from the global pandemic will trot out a new performance metric: EBITDAC, for earnings before interest, tax, depreciation, amortisation and coronavirus. It’s apparently not a joke. Some companies are tweaking their figures to avoid triggering defaults on loans, Refinitiv LPC reported last month.

When it comes to communicating with the broader world, they shouldn’t bother. There is only one question that corporate executives need to answer when they start releasing quarterly earnings, penning their yearly letters to shareholders and holding their virtual annual meetings in coming weeks: How long can you last in this environment? Everything else is secondary. Cash, in this respect, is the solitary king of all metrics.

There are, of course, other considerations beyond the narrow interests of shareholders and bondholders. Employee welfare comes first, followed by treatment of customers and suppliers. Companies can enumerate on how they’re pitching in – converting Pernod Ricard distilleries to make hand sanitiser, building ventilator parts in a Ferrari factory, or relaxing repayment schedules for Citigroup borrowers. This is the moment when CEOs who pontificated on stakeholder capitalism at Davos in January can make good on their commitment to a higher purpose.

There are several things companies should avoid when releasing their quarterly updates or introductions to the 2019 annual report. Gloating about results before the pandemic hit is out. Unless they are epidemiologists with PhD’s in viral pandemics (there may be one or two) or they lived through the 1918 Spanish influenza, CEOs should not be predicting the course of the crisis. Nor should they whine about anything. There will be time for reckoning when the danger has passed.

The thousands of companies prepping first-quarter statements with the advice of high-priced consultants and internal public relations departments do have a few good examples from which they can draw some pointers. A week ago, BlackRock’s Larry Fink set the sombre mood music with his annual missive. JPMorgan boss Jamie Dimon’s letter to shareholders published on Monday was, as my colleague Antony Currie described it “one of his best – and most useful”.

Brookfield Asset Management CEO Bruce Flatt, whose letter was one of the first out of the gate on March 23, went straight to the questions of highest import to shareholders. In bullet point form he spelled out that the company has $12 billion of credit lines from banks, $5 billion of liquid assets, a small debt load and no pending transactions hung in the balance. Given that he was writing before the body bags were being stockpiled in Brooklyn hospitals, Flatt can perhaps be forgiven for focusing on Brookfield’s dollars and cents over broader social considerations. Investors who believed him when he said “we are in very good shape” would have already seen a 43% return in the stock price.

These antecedents provide a useful roadmap for the wave of companies to come. Given the human toll the disease is taking and the economic pain that many are enduring, it’s important to acknowledge the suffering. Dimon’s second sentence sums it up: “Our thoughts remain with the communities and individuals, including healthcare workers and first responders, most deeply hit by the Covid-19 crisis”.

Remember that nobody gives a toss about how the company did in the pre-virus era. As Jefferies Financial, an aggressive Wall Street investment bank whose quarter ended in February and whose chief financial officer tragically died of complications related to Covid-19, made clear: “our all-time record quarterly results are all but ancient history”.

Then it’s about the money – specifically the cash on hand. Jefferies, for instance, touted its large liquidity buffer of $6.4 billion of cash and unencumbered liquid collateral, representing 14% of its total balance sheet. It also explained that assets worth just $346 million, out of a total of $46 billion, had the riskiest Level 3 designation.

Dimon went a step further by detailing how a worse-case scenario in which the American economy shrinks by a third and the jobless rate spikes to 14% would impact the bank. In those circumstances, which Dimon called “quite severe”, JPMorgan would end the year with $170 billion of common equity Tier 1 capital but would have to consider suspending dividend payments. There’s nothing ambiguous about that scenario.

For industrial companies and those that depend on consumer demand, and which don’t go through the regular stress tests that banks perform for their regulators, scenario planning will be more complicated. But they will have a good month’s worth of lockdown experience from which to draw some conclusions about what it will take to keep the lights on under current conditions, and what measures they are taking to reduce operating costs. That is why the amount of cash they have at their disposal will be critical.

In addition to giving a current picture on the state of their balance sheets, they should also offer some colour on how their lenders are, or are not, helping them through this period. Unlike the last crisis, financial institutions can legitimately argue they are helpers, not originators of trouble. Their clients need to hold them to this higher standard.

Firms which are continuing to buy back stock should also explain their rationale with great clarity. Ditto for dividends, which at least in the United States make up a smaller share of capital returns. In Europe, most big banks and insurers have been subject to regulatory edicts to conserve cash. But a few are going ahead with payouts to shareholders, including Swiss banks led by UBS. Their CEOs need to make the case for doing so in case they need to ask for capital down the road.

Whatever numbers companies decide to emphasise, they must not be too clever or overconfident. Survival is all that matters, not just to shareholders, but to employees. Explaining what is being done to keep workers productive, healthy and simply employed, is key. Because when the fever breaks, and the world returns to a new normal, those companies that treated their people to the best of their ability should be able to attract top talent at the expense of those who did not.

or
Klarna’s $46 bln price tag endures only in theory
Sign in to your Breakingviews account
If you need assistance please email breakingviews.clientsupport@thomsonreuters.com

Team member Louisa Manz sits at the closed cooperative bar "Trink-Genosse" and joins a video team meeting at a virtual bar that was created by the cooperative after the opening of the new pub has been postponed due to the coronavirus disease (COVID-19) outbreak, in Cologne, Germany, April 3, 2020.