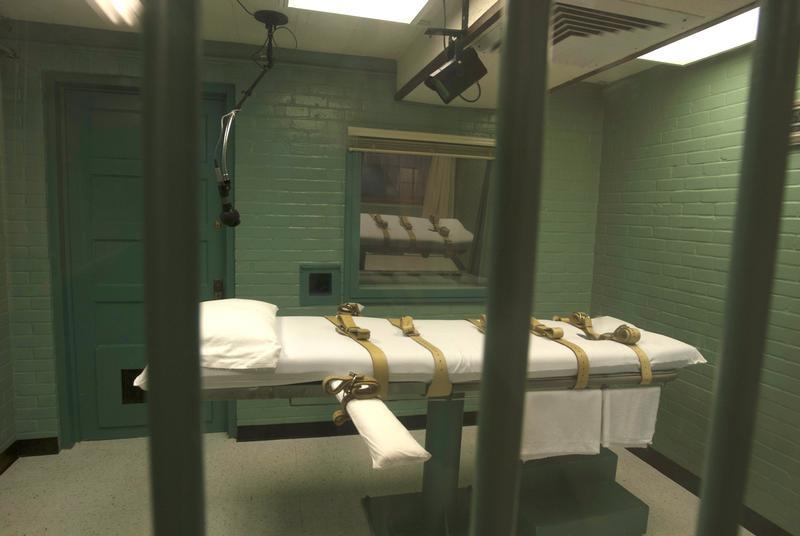 Is Corporate America converting to Catholicism? Pfizer recently restricted the use of its drugs in executions. And Alphabet, one of the most valuable companies on earth, banished payday lenders from the temple of search. In reality, it’s not a Damascene shift so much as a series of easy moral stances that have the added benefit of reducing risk for shareholders.

Pfizer’s image as a contributor to the public good needed some spit and polish. The last big splash the group led by Ian Read made was a brazen attempt to shift its domicile to a lower-tax country by merging with Ireland’s Allergan. That so-called inversion, which would have robbed some $1.7 billion from Peter – U.S. tax authorities – to pay Paul – shareholders – was crucified on the altar of Secretary of the Treasury Jack Lew.

So the decision to restrict the sale of seven compounds used by some states in the medieval ritual of death by lethal injection is well-timed. “Pfizer makes its products to enhance and save the lives of the patients we serve,” the company says. It is now forcing a select group of distributors of the drugs – many of which it inherited from the acquisition of Hospira last year and have actual medicinal uses – to ensure they do not resell them to correctional institutions.

It’s a decision that should have Pope Francis dancing in his red leather episcopal sandals. The pontiff last year described capital punishment as “cruel, inhuman and degrading, as is the anxiety that precedes the moment of execution and the terrible wait between the sentence and the application of the punishment, a ‘torture’ which, in the name of a just process, usually lasts many years and, in awaiting death, leads to sickness and insanity.”

Though some Pfizer executives may lean Vatican, the calculus was certainly more practical than religious. Botched executions, like those in Arizona and Oklahoma, make for terrible press and potentially, legal liabilities. The sales of these drugs to executioners are miniscule. The company has leverage over suppliers, so it can make a difference. And for an industry battling charges of gouging patients in the midst of a presidential election, a little reputational consciousness may help build political capital.

Similarly, it’s hard to believe Alphabet’s Google last week banished payday lenders because it wants to align its corporate policies with the word of God, as stated in Leviticus: “Take no usury or interest from him; but fear your God, that your brother may live with you.” The search giant is only barring pitches for loans where repayment is due within 60 days of the date of issue, or with annual percentage rates of 36 percent or higher.

That still leaves plenty of room for credit card companies, car financiers and others to market their products to Google customers at hefty rates. The spirit of the act is to “protect our users from deceptive or harmful financial products,” wrote David Graff, director of global product policy in a blog post last week. Not unlike Pfizer’s axing of executioners as clients, it’s an act of good citizenship for a de facto monopoly fighting regulators on multiple fronts in numerous nations.

True, both decisions raise legitimate questions about where private companies draw the line at making moral judgments in their business practices. For instance, what if Pfizer’s board decided not to make some of its life-saving drugs available to convicted rapists? And it’s possible that a court may one day be asked to opine on whether Google’s payday-loans advertising policy amounts to a squelching of freedom of speech.

In all likelihood, though, the companies have astutely judged the arc of history in ways that will enhance their standing with customers, regulators and other constituents. That seems to have been the experience of CVS Health, which two years ago stopped selling tobacco products in its 7,600 stores. Though that meant it lost $200 million of net income annually, it cast a halo above the pharmacy chain’s pitch to healthcare insurers. The company’s shares have outperformed those of arch-rival Walgreens Boots Alliance ever since.

It’s not Catholicism. After all, Pfizer still sells Viagra, the little blue pill that has men of a certain age continuing carnal acts that might not be approved by the Curia. And there’s no sign that Google will be excising pornography from its search results. It’s simply capitalism.