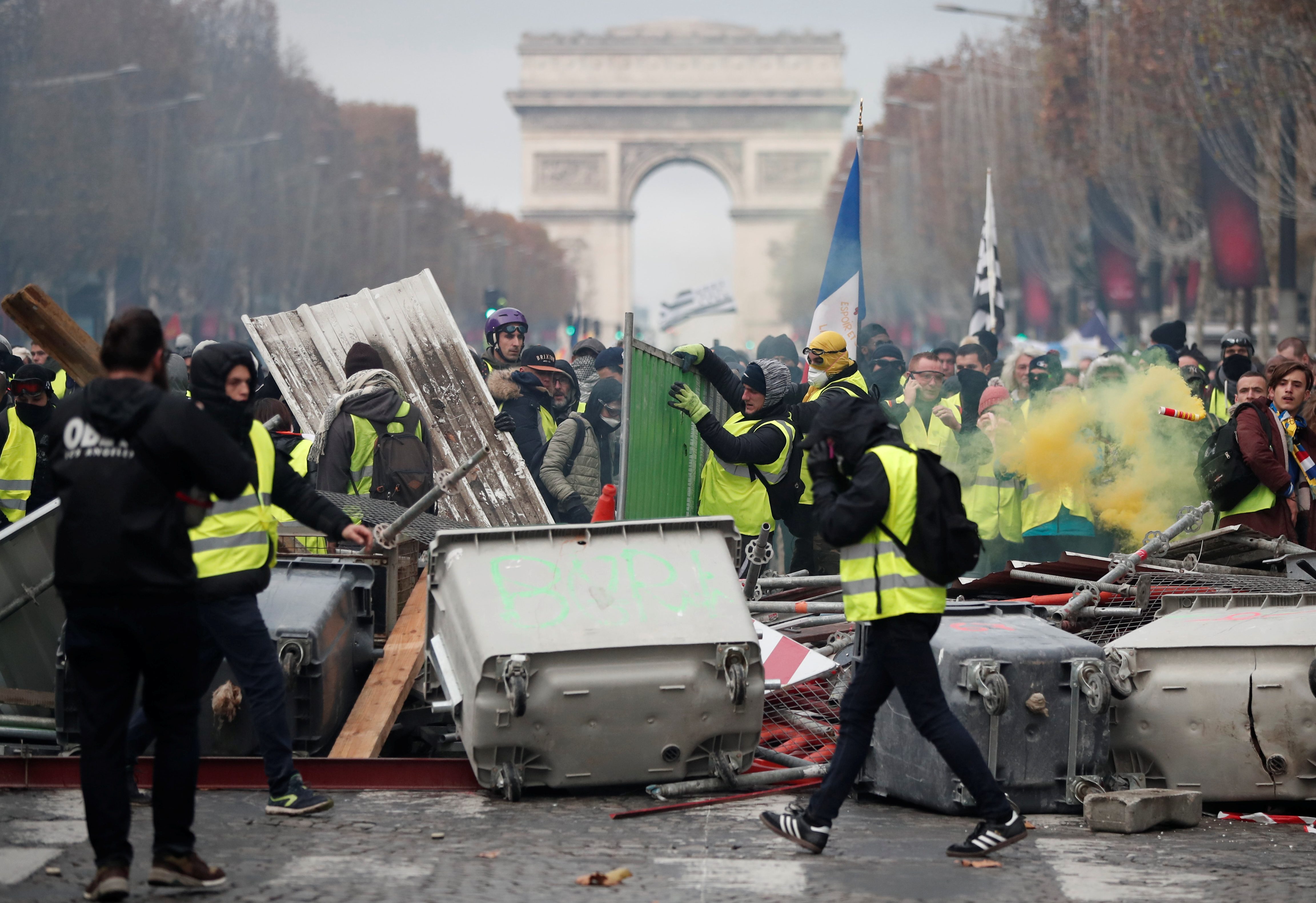 Riots on the Champs-Elysées are not the best advertisement for President Emmanuel Macron’s fight against illiberalism at home and abroad. But homegrown protests like those of the “gilets jaunes” come with the territory in the global centre of the resistance – my new home.

Protesters wearing yellow vests, a symbol of a French drivers' protest against higher fuel prices, build a barricade during clashes on the Champs-Elysees in Paris, France, November 24, 2018.

In announcing the decision, Prime Minister Edouard Philippe said anyone would have “to be deaf or blind” not to see or hear the anger on the streets over a policy that Macron has defended as critical to combating climate change.

“The French who have donned yellow vests want taxes to drop, and work to pay. That’s also what we want. If I didn’t manage to explain it, if the ruling majority didn’t manage to convince the French, then something must change,” Philippe said in a TV address.

The “yellow vest” movement, which started on Nov. 17 as a social media protest group named for the high-visibility jackets all motorists in France must have in their cars, has focused on denouncing a squeeze on household expenses brought about by Macron’s taxes on fuel.