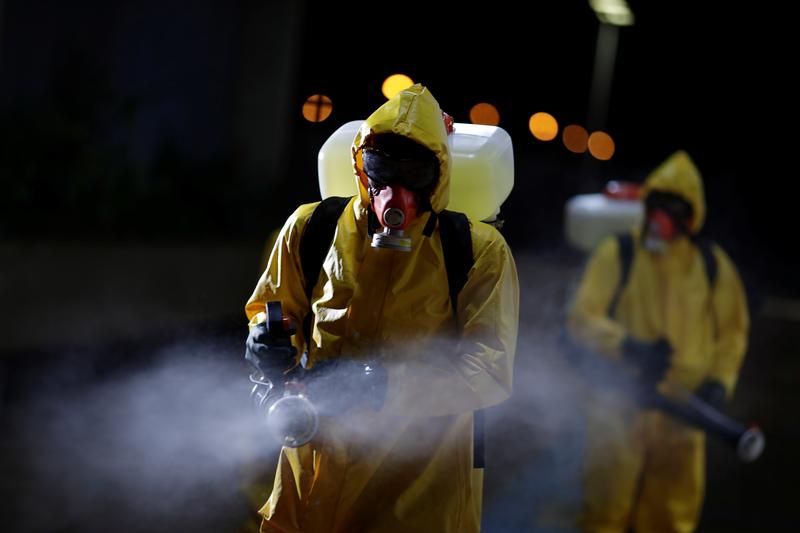 Even the gentlest form of capitalism requires losers as well as winners. But what happens when every strand of Darwinist DNA is stripped from the process? Major economies have embarked on just such an experiment, with near-indiscriminate bailouts of businesses large and small. Governments have justified this by arguing that Covid-19, and the resulting lockdowns, are “nobody’s fault”, to use U.S. President Donald Trump’s words.

By this logic, though, companies who are benefitting from the state-ordered shutdowns of commerce, movement of people and other human behaviors associated with contemporary life are receiving an artificial advantage. If losers aren’t culpable for what happened and deserve to be rescued by taxpayers, how is it fair to crown winners from the coronavirus calamity?

This is not to question the decision by states to lend support for small businesses, who tend to be the biggest employers; or of critical infrastructure, such as Air France-KLM, which secured up to 11 billion euros in French and Dutch government aid this week. The virus is nasty and undifferentiating, and fiscal help is needed to get society through this difficult stretch. But the economic downturn is the direct result of calls made by elected officials to close up shop.

If it had not been for these political acts, many millions of people would arguably not have been sitting on their derrieres watching Netflix this past month while scarfing down Domino’s Pizza; or stocking their pantries with long-lasting pickles from Conagra Brands on a panic-buying trip to Ahold’s Stop & Shop markets. Reckitt Benckiser wouldn’t be selling so much Lysol, and so on.

In that sense, there is a case to be made that many companies are reaping what are called windfall profits, which the Collins English Dictionary defines as earnings that arise “thanks to an external event over which the person profiting had no control”. If those trillions of dollars of losses that states are subsidising by borrowing against future generations are without fault, it is hard to see how Covid-19’s beneficiaries were anything but super lucky.

That was effectively the view that the U.S. Congress took 40 years ago when it passed the Crude Oil Windfall Profit Tax Act. The legislation came in response to the spike in market prices following the OPEC oil embargo a few years prior. The act defined windfall profits “as the excess of the removal price of a barrel of crude oil… over the sum of the base price adjusted for inflation and the amount of the severance tax adjustment.”

The principle behind the law, which Ronald Reagan overturned in 1988, was that producers like Exxon were being gifted excess profits based on events over which they had no influence – such as geopolitical ructions in the Middle East. Therefore, they shouldn’t benefit unduly, or at least not without the state taking its cut. That was principally why Vermont Senator Bernie Sanders tried to revive the levy when oil prices more than doubled to $140 a barrel.

The bulk of today’s “winners” are service businesses, including biggies like Amazon, Netflix, supermarket chains, technology and communications providers, food producers and anyone providing medical equipment or developing drugs to beat the disease. The stock market provides a good indication as to who is having a good crisis.

The best-performing stocks in the S&P 500 Index since March 1 are almost exclusively what we might call “Virus Victors”. Sleepy Conagra has gained 28%. So has Amazon – an increase of a whopping $250 billion in market value. General Mills, the maker of Lucky Charms and other victuals that last forever and until a few months ago nobody seemed to care much for, is up a fortunate fifth.

Across the Atlantic, the STOXX Europe 600 illustrates a similar dynamic. Shares in online food deliverers Hellofresh and Ocado have surged by more than half since the start of March. Supermarkets Colruyt and WM Morrison have outperformed. Denmark’s Ambu, which makes bronchoscopes, and Coloplast, a maker of catheters and other equipment, have also shredded the market’s gains as hospitals have upped their orders to deal with the surge of Covid-19 patients.

Given the diversity of the victors’ business, implementing a windfall tax would be trickier than it was, say, for U.S. oil producers four decades ago. And determining what constitutes a windfall over some normalised baseline wouldn’t be easy. Moreover, opponents will argue that since companies already pay income taxes any profits deemed excessive will already be levied.

Perhaps, but there is no accounting for the near-monopolies with which so many of these beneficiaries will emerge after the Great Lockdown. While a Domino’s, solely focused on takeaway, can keep going, what about the pizzeria on the corner with homey table service that had to shut down? Or the local produce shop whose customers after three months indoors have become accustomed to Ocado or Amazon deliveries?

Government programmes like paycheque protection in the United States were designed to help the little guy keep employees paid. They don’t really address what happens after, when the dominance of rivals like Amazon or Domino’s has become so complete as to render smaller, more local competitors obsolete. For a windfall tax to do more than simply punish the winners and fill state coffers, it should finance some sort of “competitive recovery” that would, for instance, allow the local pizza joint to undercut Domino’s for a few months as it gets back on the ground, or let the local shop hire an extra delivery boy.

True, a lot of what’s happening – whether it’s the decline of the cinema and the surge of Netflix, or the shuttering of mall-based department stores – represents an acceleration of the trend towards digitalisation. But even if it was bound to happen eventually, governments made the call to do it now, before more traditional competitors were prepared to compete. Politicians, in spending future generations’ earnings on helping the losers, have mostly jettisoned modern capitalism. They might as well go all the way towards fairness and tax the winners of the virus sweepstakes.