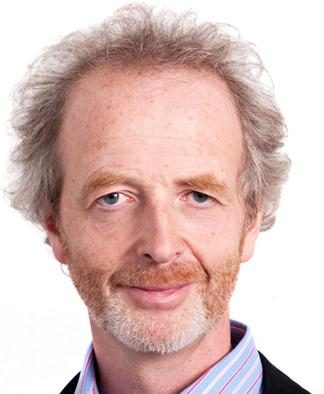 Angela Merkel has set the right tone on Brexit. The German chancellor is keeping her cool, while other EU leaders including her own foreign minister are pressing Britain for a quickie divorce.

David Cameron, who resigned after the electorate voted to leave the EU on June 23, said he would not institute formal divorce proceedings. He would leave that to his successor as prime minister.

A new leader probably won’t be chosen until October. Given that Boris Johnson, the pro-Brexit former Mayor of London who is favourite to take over, hasn’t yet articulated an exit plan, the EU may need to wait a few months after that before Article 50 of the Lisbon Treaty is invoked, triggering the start of divorce talks.

“Quite honestly, it should not take ages, that is true, but I would not fight now for a short time frame,” Merkel told a news conference on June 25.

By contrast, German Foreign Minister Frank-Walter Steinmeier said, after a meeting with colleagues from five other EU states: “This process should get under way as soon as possible so that we are not left in limbo but rather can concentrate on the future of Europe.”

It’s understandable that EU politicians are angry with Britain. They feel they have bent over backwards to keep it in the club, only to be rejected.

It’s understandable too that they are afraid that Brexit could lead to a domino effect with other countries such as France, the Netherlands or Italy – where eurosceptic populism is rife – wanting to quit the EU too. They also fear that the uncertainty caused by the British voters’ decision could knock their fragile economies.

Although the rest of the EU almost certainly couldn’t force the UK to trigger Article 50, they might be able to make life difficult in other ways. But there is no need to do so as the immediate economic fallout looks manageable.

The main risk is that financial markets will fret that the euro zone will come apart and push up the borrowing costs of the weaker members. But the European Central Bank could handle that by launching a new bond-buying programme.

The most important task is to sever the unhealthy link between banks and sovereigns, as I have argued for many years. A recent development of this idea by Morgan Stanley’s Reza Moghadam is that the ECB could buy bonds directly from those banks that have excess exposure to the debt of particular countries. This would also give a boost to the most vulnerable large euro countries, Italy and Spain, as their banks are particularly exposed to their governments.

There’s also an upside in playing it cool: the UK could change its mind.

This, admittedly, doesn’t look likely at present. But, as the weeks and months progress, a backlash could build to the referendum outcome. A petition has already been launched calling for the result to be annulled. By the evening of June 26, it had gathered 3.5 million signatures.

There is, admittedly, nothing binding about this petition. On the other hand, the UK economy does seem likely to be worse hit by the uncertainty unleashed by the referendum than the rest of the EU. The pound has already fallen sharply. Prices will rise and so may unemployment.

When the next prime minister spells out his or her exit plan, voter dissatisfaction may grow. It will then become clear that many of the promises made by Johnson and other Brexiteers – notably that it would be possible to get easy access to the EU’s single market while at the same time ending the right of EU citizens to come to Britain – are inconsistent.

None of this is certain. But, if the UK does change its mind – which would need to be validated by the people in a democratic process, such as a general election or a new referendum – the benefits to the rest of the EU are big. For a start, it would avoid the economic dislocation caused by an actual Brexit. This could be serious given that Britain is the EU’s second largest economy.

Even more important, a British U-turn would spike the guns of populists in other countries. Merkel, France’s Francois Hollande, Italy’s Matteo Renzi et al could turn round to their voters and say: “The British looked over the abyss, didn’t like what they saw and pulled back.”

Those who think this is fanciful should remember other countries have changed their minds following referendums on EU matters. The Irish, for example, voted to reject the Lisbon Treaty in 2008 only to reverse their decision after some concessions the following year. A similar scenario played out in Athens just a year ago. The Greek people voted in a referendum to reject a bailout plan offered by the euro zone. But, within days, Alexis Tsipras, the prime minister, was begging his euro partners for a new deal.

Now the UK economy is much stronger than the Greek one. And Britain is not subject to the strictures of the euro zone. So the analogy is not exact. But there is enough of a parallel to give EU leaders pause for thought when they convene in their various configurations over the next few days. If they play it long and cool, they may yet bring this recalcitrant member back into the club.

German Chancellor Angela Merkel sought on June 25 to temper pressure from Paris, Brussels and her own government to force Britain into negotiating a quick divorce from the European Union, despite warnings that hesitation will let populism take hold.

Merkel made clear she would not press Prime Minister David Cameron after he indicated Britain would not seek formal exit negotiations until October at least.

“Quite honestly, it should not take ages, that is true, but I would not fight now for a short time frame,” Merkel told a news conference. “The negotiations must take place in a businesslike, good climate,” she said. “Britain will remain a close partner, with which we are linked economically.”

German Foreign Minister Frank-Walter Steinmeier, a member of Merkel’s Social Democrat coalition partners, showed a greater sense of urgency. “This process should get under way as soon as possible so that we are not left in limbo but rather can concentrate on the future of Europe,” he said after hosting a meeting with his colleagues from the other five founding members of the EU - France, Italy, the Netherlands, Belgium and Luxembourg.