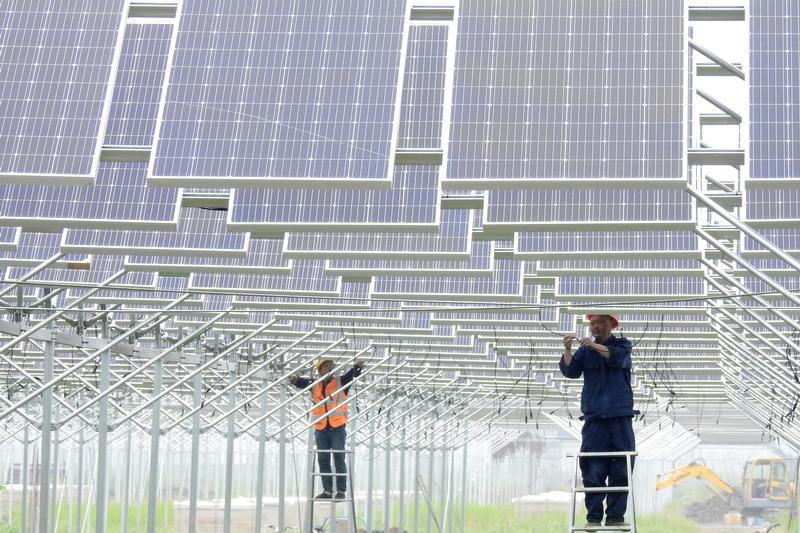 There’s a growing investor consensus that post-pandemic recovery plans should be green. But what should those “green new deals” look like? How should they be funded? And will governments play ball?

Covid-19 will be with us for some time. So economies won’t just bounce back. To prevent a deep slump, governments will eventually need to replace their current life-support operations with recovery plans. Otherwise, there will be mass long-term unemployment.

Some governments may be tempted by old-style quick fixes – so-called shovel-ready schemes to build roads, bridges and so forth. That’s largely what happened after the 2008 credit crisis. What’s more, electricity companies may burn more hydrocarbons now fossil fuel prices have collapsed.

But this would be terribly short-sighted. Governments now have an opportunity to reshape economies so that they are fit for a zero-carbon world. Investors rightly worry that money pumped into brown assets will be wasted as carbon emissions targets tighten in the coming years.

It is too early to roll out stimulus plans – that would just stimulate the virus. But it’s not too early to get them ready.

There is widespread consensus about what needs to be done. The following six ideas had a lot of support in a recent survey of 231 policymakers and economists around the world by a group including Joseph Stiglitz, the Nobel prize winner.

First, invest in clean “connectivity” infrastructure. So roll out broadband to lock in our new habits of working from home – and ramp up electric vehicle charging networks so we can phase out the combustion engine more rapidly.

Second, invest in the natural environment. If people are going to work more from home, make it a more pleasant experience by improving public parks, creating pedestrian areas and building cycle lanes.

Third, invest in clean energy infrastructure to wean ourselves off fossil fuels. Now renewable energy is fairly cheap, better systems for storing electricity are needed. So is expanding the use of hydrogen as an alternative to natural gas.

Fourth, retrofit buildings so they use cleaner energy and less of it. This means insulating homes and offices, as well as replacing gas boilers with heat pumps, hydrogen boilers and electric heating.

Fifth, pour money into green research and development. Most of the technologies exist for hydrogen electrolysis, heat pumps and greenhouse gas removal. But some aren’t yet cost efficient.

Finally, invest in training. Young people leaving school and university are a priority. If they have the skills to build a cleaner, greener world, they will have good long-term jobs.

How can they be paid for?

All this will be expensive. Fortunately, governments don’t need to pay for it all. They can use targeted subsidies to unleash private investment – and use regulations and persuasion to get companies to go green. They have lots of leverage, since they are bailing out huge swathes of industry, including big polluters such as airlines.

But states will still have to put in some of their own money to prime the pump. So they’ll eventually need to raise cash. One good way is to jack up carbon taxes – but not until the world is recovering.

At the moment, hardly any country is pricing carbon emissions effectively. The average tax is only $2 a tonne, whereas it needs to be about $70 a tonne to stop the planet’s temperature rising more than 2 degrees Celsius above pre-industrial levels, according to the International Monetary Fund.

Carbon taxes at such a level would raise 1%-3% of GDP for most countries – rendering post-Covid debt much more sustainable. They would also incentivise the private sector to switch to cleaner technologies.

There is pressure from voters as well as investors to go green. Even before the pandemic, the European Union was planning a green deal to re-engineer the bloc’s economy for a carbon-free world. The IMF is also pushing for green recovery plans.

Yet the world’s three biggest carbon polluters – China, the United States and India – aren’t currently playing ball. So long as Donald Trump is in the White House, America is pretty much a lost cause.

But the situation is more encouraging in China and India. They are increasingly worried that burning coal, their main source of energy, won’t just cause climate change in the future. Air pollution is killing hundreds of thousands of their citizens each year.

China is planning an emissions trading scheme this year, while India already taxes coal – albeit at far too low a level. So there is something to build on.

One possibility would be to create a coalition of the willing, where a group of countries made binding commitments to cut their emissions – going beyond the voluntary pledges made under the Paris Agreement. If the EU could persuade China and India to join such a “climate club”, they would have the critical mass to make a difference to the planet. Japan, the United Kingdom and Canada might jump on board. America could join later if it wished.

But for such a club to work, it would need incentives to get countries to join. Otherwise, they would enjoy a “free ride” on the efforts of other countries, as William Nordhaus, another Nobel prize-winning economist, has argued. Such is the thinking behind the EU’s idea for a “border carbon adjustment”, taxing imports from non-club members according to the intensity of their carbon content. But carrots may also be needed as well as sticks. For China, the chance to come in from the cold after the disaster of Covid-19 might just be a reason to sign up.

It wouldn’t be easy to create such a club. The rules would have to be fair – so that richer countries did more of the heavy lifting than poorer ones. What’s more, while it would be reasonable to impose tariffs on countries that don’t play ball, doing so might blow up the already creaking global trading system. To pull it off without a massive snarl-up would require great diplomacy.

That said, even without a coordinated global effort, individual nations still need green recovery plans. The clearer the vision they have of the future they want, the smoother the transition they will achieve as the world gets back on its feet.

Norway’s $1 trillion wealth fund is excluding some of the world’s biggest commodities firms from its portfolio for their use and production of coal, Reuters reported on May 13.

Meanwhile, the world’s richest nations must ensure their Covid-19 recovery plans are sustainable and help meet the goals of the Paris climate accord, according to leading global investor groups that together manage trillions of dollars in assets.

“Recovery plans that exacerbate climate change would expose investors and national economies to escalating financial, health and social risks in the coming years,” they said in a statement said on Monday.

“Governments should avoid the prioritisation of risky, short-term emissions-intensive projects,” added the groups, which include the Institutional Investor Group on Climate Change, members of which include BlackRock.