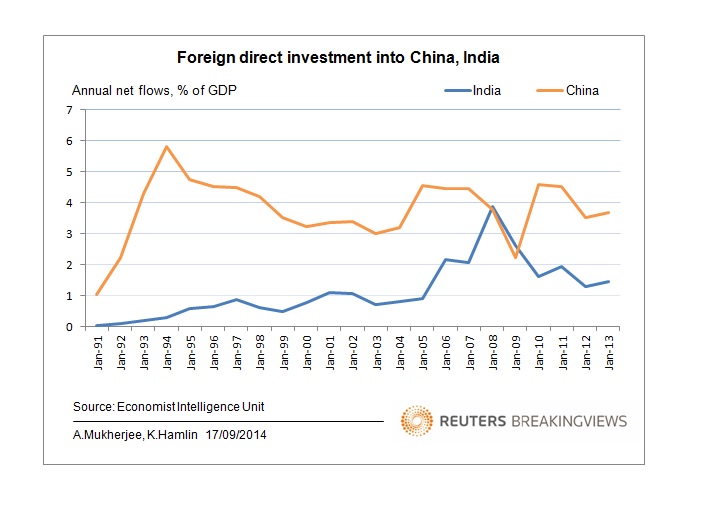 Japan wants to invest $34 billion in India. China’s pledge could be several times as large. Realizing these commitments, and digesting up to 12 percent of GDP in foreign capital over five years, will be tricky. The People’s Republic’s own growth strategy offers a useful template.

The Chinese investments will be in industrial parks, modernization of railways, highways, ports, power generation, distribution and transmission, automobiles, manufacturing, food processing and textile industries, the newspaper reported on Sept. 13.

Under the accord, Japanese public and private companies will invest in urban infrastructure, transportation, manufacturing, water security, food processing and skill-development projects in India.