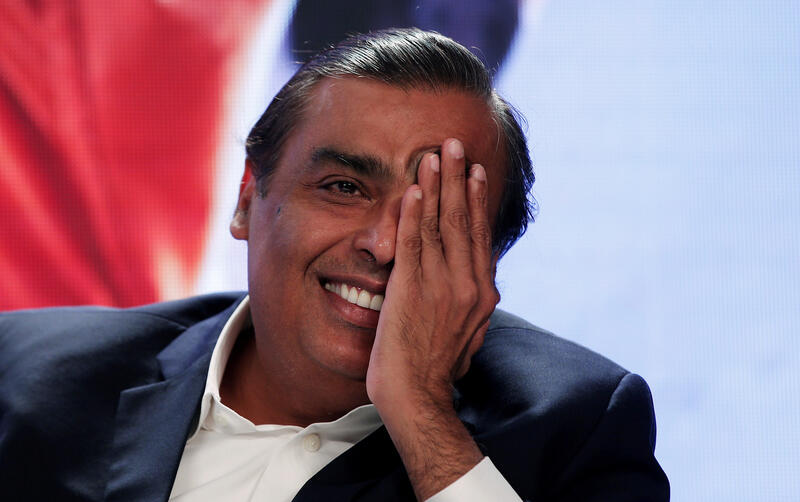 Data is the new oil for the tycoon who wants his $185 bln Reliance to serve all the needs of Indian consumers. He’s backed by America’s tech monopolists. Just as the Standard Oil energy cartel birthed U.S. antitrust law, Mukesh Ambani will amass power until told to stop.

Mukesh Ambani, chairman and managing firector of Reliance Industries, gestures as he answers a question during a media interaction in New Delhi, India, June 15, 2017.

India’s Reliance Industries said on Aug. 18 that it had bought a majority stake in online pharmacy Netmeds for 6.2 billion rupees ($83 million).

Separately, China's ByteDance is in early talks with Reliance for an investment in its video-based app TikTok's business in India, TechCrunch reported on Aug. 13, citing sources. The two companies began conversations late last month and have not reached a deal yet, according to the report.

Reliance is also looking to pay up to 270 billion rupees, about $3.6 billion, to buy the Indian retail chains owned by Future Group, Mint newspaper reported on July 29, citing two sources familiar with details of the deal.