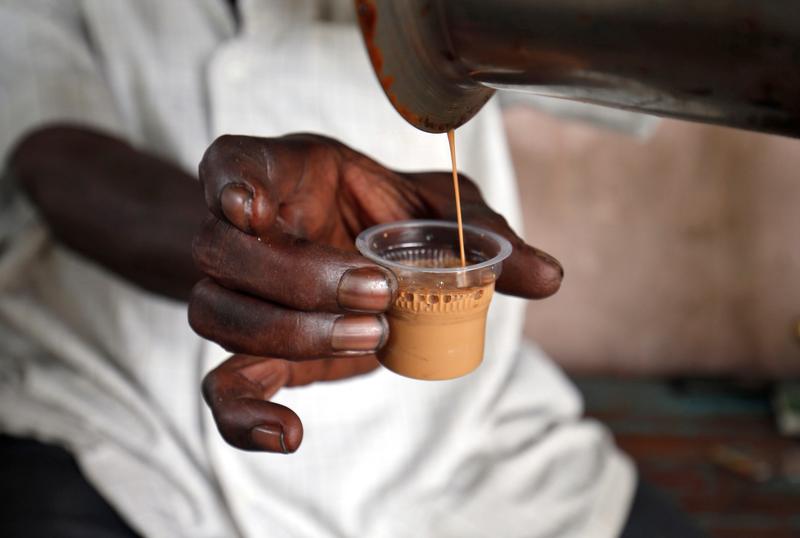 Raju sells steaming hot cups of ginger-infused milky tea, known as chai, on a roadside in Bandra, a plush Mumbai neighbourhood and a favoured residence of Bollywood film stars. His stall comprises no more than an upturned milk cart. When India went into a hard lockdown in mid-March, he was forced to stop serving and his earnings dried up.

Almost six months later, the tea-seller has returned to his makeshift establishment but the business has dramatically changed. The virus is raging and India is tallying more new daily infections than any other country. The city’s Bandra Kurla Complex business district, home to offices of Breakingviews’ parent Thomson Reuters, the National Stock Exchange of India, Kotak Mahindra Bank and others, is a new urban Covid-19 hotspot, according to the Mumbai Mirror tabloid. Unsurprisingly, customers looking for roadside chai are in short supply.

More may gradually return, but unfortunately for Raju the Covid-19 experience and measures to counter it have accelerated a shift to a more efficient, formal Indian economy. One consequence is that from street to stock market the strong, in the form of corporations with the resources to retool their businesses, are displacing the weak.

While he was out of work and holed up in his cramped, dilapidated home, Raju – whose name has been changed to avoid any possible backlash – grew anxious each time his father needed medicine for his heart condition or when he received a WhatsApp message asking for school fees. To scrape by, he spent savings and relied on the goodwill of acquaintances as well as a food ration scheme, open to some 800 million vulnerable Indians.

He is now back in business, but the tea-seller no longer has any need for the two boys he paid to collect and wash glasses. Business has slowed so much that Raju’s take-home earnings have dwindled 90% to as little as 70 rupees (less than $1) per day. It’s not enough to support his immediate family of five. A proud worker who was far from poverty is now living on the edge.

Indians haven’t exactly stopped drinking chai. They have, however, changed how and where they consume it. Everyone from white-collar workers to building security guards is making tea for themselves at home, sometimes experimenting with new flavours.

Because professionals are working from home, drivers including those with ride-hailing firms Uber Technologies and Ola no longer pass by Raju’s stall. Domestic helpers and many labourers have stopped coming, too, because apartment buildings have shut doors to outsiders. Other customers are simply warier of street vendors.

It’s a different story for the $7 billion Tata Consumers Products, owner of Tetley. The company saw 8% sales growth and 4% volume growth at its branded Indian tea business in the quarter to June from a year earlier. It was growing even as the industry shrunk 5.4% and as the broader economy contracted almost 24% over the same period.

The same contrast applies to a nearby shack serving the region’s most famous snack, vada pav – a deep-fried potato dumpling in a bread bun, garnished with chilli. There are few customers these days. But over at $4 billion Jubilant FoodWorks, which operates Dunkin’ Donuts restaurants, executives have piloted smaller-format 100-square-foot kiosks to cater to changing consumption trends. The Indian company cites data from the National Restaurant Association of India estimating that four out of every 10 restaurants will permanently shut, but Jubilant believes the big, like itself, will get bigger.

The trend of giants grabbing market share is evident in purchases of gold jewellery too. At the showrooms of Tanishq, owned by the $14 billion Titan Company, and Warburg Pincus-backed Kalyan Jewellers, which has filed for an initial public offering, customers are again spending amounts close to pre-Covid-19 levels. But the overall jewellery market is contracting sharply and squeezing hundreds of thousands of tiny vendors.

These stories illustrate how the informal economy is suffering even as corporate outlets, with their brands and more sanitised reputations, are forging ahead. The process was already happening: it was turbo-charged in 2017 by the introduction of a nationwide sales tax that forced more vendors into formal supply chains. And it should ultimately generate more revenue for the Indian government.

But the accelerated transition is brutal because new jobs are near impossible to find for those spat out in the churn. Indeed, the pandemic is eroding important gains: India’s poverty rate nearly halved to 28% from 55% over a 10-year period to 2016, the United Nations estimates, but the World Bank for one reckons Covid-19 threatens to send that into reverse. Beyond the poor, the vast majority of India’s 600-odd million so-called “new middle class”, people like Raju, were not much better off even before the pandemic.

New Delhi has transferred cash to people’s bank accounts, provided free cooking gas, handed out food, and expanded a rural employment guarantee scheme – the world’s biggest jobs programme. An urban version of the latter is being considered by Prime Minister Narendra Modi’s government too, Bloomberg reports. But the overall spending as a proportion of GDP pales next to what advanced countries are laying out to offset pandemic pain. India’s new normal will look just fine for relatively few large companies. For Raju and the rest, it will be ugly.