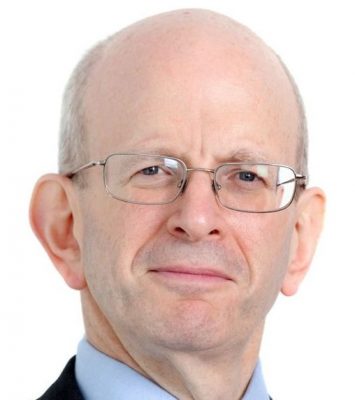 Boris Johnson is not in charge of the UK’s negotiations to leave the European Union. Yet the new British foreign minister has said one of the most helpful things on the topic so far. “It would be geographically, physically, culturally, emotionally and historically impossible for the UK to leave Europe,” he said on July 14. “That is not our destiny. That is not our future.”

It’s easy enough to think of the things Britain might want to keep after it leaves the union. Access to preferential trade terms, for example. Or a platform for being heard on global issues that matter. Most Brits could agree on those. But if Johnson is right that Britain and Europe – which basically means the EU in practical terms – are bound together, then perhaps the way to think about this is to ask the opposite.

In other words: what is it exactly that Britain wants to give up?

That thought experiment doesn’t provide easy answers. Certainly, Britain wouldn’t want to give up the influence of Europe in its culture. The British economy rests on selling advanced services to other countries, such finance, marketing, law, architecture and design. These are cosmopolitan. Anything that makes Britain less European will gradually weaken the heart of the nation’s economic strength, and its ability to export services that other countries want to buy.

How about migration? That is something many British voters wanted less of. However, leaving the EU will not bring back a peaceful Little England in which nearly everyone, their parents and grandparent were born in the UK. The country is already far too European for that. The Oxford Migration Observatory calculated that 20 percent of residents of England and Wales were either foreign born or had foreign born parents in 2009. The proportion was almost identical in Germany, the Netherlands and Sweden. France is probably not far behind.

By leaving, the British may gain greater control over the number of legal new residents from Romania and other poorer members of the EU. In return, they will lose a seat at the European table when the region tries to deal with the greater difficulties of people moving in a globalised world.

Then there is a third thing Britain might want to give up: the bureaucracy of Brussels. The seat of Europe sets rules and the EU has a budget which transfers some money to poorer members. Many British Eurosceptics would like to abstain from these manifestations of European unity.

The gains from separation, though, would be small. Big bureaucracy is inevitable in modern societies and the EU’s variety adds more than it subtracts for the UK. In order to do business with Europe, Britain would end up copying many of its rules anyway. As for the subsidies, even if they did not eventually help the UK by promoting regional peace and prosperity, they are much too small to make a significant difference to the British way of life.

If European culture, migration and bureaucracy aren’t so bad after all, Britain has a problem. It has opted to swap the status quo for an ideal that doesn’t exist – in the name of getting rid of things it actually doesn’t mind. In that light, Johnson’s statement that leaving Europe is unthinkable isn’t so contradictory after all: what Britain really wants is what it already has.