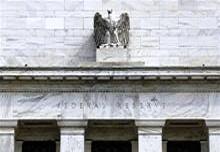 One hundred years of relative competence at the U.S. Federal Reserve have led to a cursed workload. After relatively humble beginnings, lawmakers have heaped more and more responsibility on the U.S. central bank. Though the Fed hasn’t always been perfect, its increasing power came from screwing up least. The worry now is whether those many mandates are becoming too much to manage.

It’s easy to find historical instances of the Fed making a mess of things. It botched the Great Depression rescue, having possessed too little power to make sufficient emergency loans and making monetary policy errors that compounded the economic crisis. It also failed to prevent the housing bubble and thereby avert the 2008 crisis.

But so did everybody else. And other watchdogs did worse, like the now defunct Office of Thrift Supervision, which had a more direct and singular responsibility to oversee home loans. In the wake of the crisis, Chairman Ben Bernanke’s aggressive intervention becalmed global financial markets.

As a result, the Fed was entrusted with new duties through the Dodd-Frank reform law, like performing stress tests and overseeing gigantic financial firms – including even non-banks like hedge funds and insurers.

This most recent episode is illustrative of much of the Fed’s gradual regulatory turf-building. Though it failed to prevent the Great Depression, its banks failed less frequently than those overseen by other regulators. Greater powers for emergency lending were consequently provided along with more freedom to expand the monetary base by using government securities as collateral instead of just gold and commercial paper.

In the 1950s, after dutifully financing the war effort a decade earlier, it gained new oversight over the largest financial institutions through the Bank Holding Company Act. It emerged in the 1960s as the nation’s most elite economic body, attracting America’s best academics. With its brand and know-how rising, it gained more responsibility in the 1970s with a dual mandate to pursue stable prices as well as full employment for the nation.

There were times when management failed to live up to the lofty expectations of legislators and markets, such as during the inflationary period of the 1970s. Yet even here, Chairman Paul Volcker stepped in and led the Fed to its greatest triumph by taming runaway prices. Over the next few decades, the Fed basked in regulatory glory and was rewarded additional supervision over new financial holding companies, when 1999’s Gramm-Leach-Bliley Act reunited commercial and investment banking.

All of this has led to the formation of a Fed with many more mandates and responsibilities than its founding legislators could have envisioned a century ago. So it is perhaps unsurprising that some lawmakers, led by Republican Congressman Jeb Hensarling, have launched an investigation into whether the Fed has become too complex to manage. It is ironic that the Fed’s many successes have led it to this juncture.

The U.S. House Financial Services Committee held a hearing on Dec. 12 entitled “Rethinking the Federal Reserve’s Many Mandates on Its 100-Year Anniversary.”

An eagle sculpture is seen on the Federal Reserve building in Washington August 22 2012. REUTERS/Larry Downing

The U.S. House Financial Services Committee held a hearing on Dec. 12 entitled “Rethinking the Federal Reserve’s Many Mandates on Its 100-Year Anniversary.”