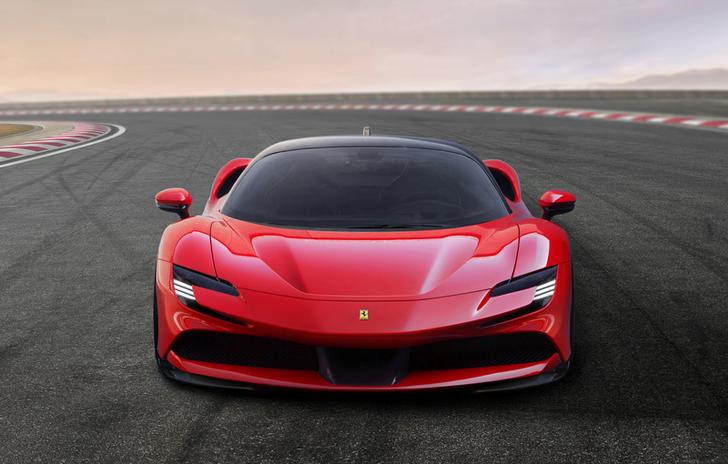 Fee-ding frenzy. Henry Kravis knows how a thing or two about exiting at the peak. His private equity firm, which named Scott Nuttall and Joe Bae as co-chief executive officers last month, said on Tuesday that its fee-related earnings, a closely watched-metric for shareholders, surged 63% in the third quarter from a year earlier. It’s hard to see how KKR can do much better.

Each part of the 45-year-old firm, whose stock price has more than tripled in the past three years, seems to be getting stronger. The amount of dry powder in its coffers surged 65% to $111 billion, and sales of companies like Academy Sports and Outdoors bolstered its carried interest by 90%. The $67 billion firm now has almost half of its assets under management from permanent capital, after buying an insurance company last year.

Returns are, however, closely tied to public equity prices. That has tripped up KKR in the past: The net internal rate of return on its 2006 fund, raised shortly before the financial crisis, is half that of the fund raised in 2002, according to the California Public Employees’ Retirement System. As Kravis knows from past cycles, the leveraged buyout sweet spot doesn’t last forever. (By Lauren Silva Laughlin)

Crisis hedge. Ferrari is proving relatively immune to the global chip crisis. The Italian maker of the $500,000 SF90 Stradale reported a 19% jump in revenue in the quarter ending September, despite rising raw materials prices and a global chip shortage. That’s in contrast with sales drops at automakers Stellantis and Volkswagen. Newly appointed Chief Executive Benedetto Vigna is now targeting EBITDA this year of 1.52 billion euros, slightly higher than a previous target.

Like luxury Birkin bag maker Hermès International, Ferrari’s long customer waiting lists make it easier to plan production in advance and avoid short-term changes in costs. If the crisis persists, price inflation will inevitably creep in. Yet, like Hermès, Ferrari should be able to pass on the pain to customers. Ferrari’s bigger problem is to manage the shift to electric vehicles from the combustion engines that still make up most of its sales. The company now trades at a luxury-style 44 times forward earnings multiple. To keep that, Vigna will need a chic new electric strategy. (By Lisa Jucca)

Overly Fresh. HelloFresh’s latest recipe is getting rave reviews from investors. Shares in the German meal-kit delivery firm leapt as much as 22% on Tuesday after it raised its forecast for this year’s sales and stuck with its EBITDA margin guidance. After dumping a profitability shocker on shareholders’ doorsteps in August, the latter is particularly welcome. But there’s a fine line between relief and overexcitement.

The 15 billion euro company reckons sales could grow between 57% and 62% this year, and its EBITDA margin could be anywhere between 8.25% and 10.25%. At the top end of both ranges, that would imply 623 million euros of EBITDA, some 20% higher than the average of existing analyst forecasts, according to Refinitiv. Hence the positive investor response. But there’s plenty that could go wrong. HelloFresh is having to invest hundreds of millions of euros on automation technology. And takeaway services like Uber Eats and Delivery Hero are muscling in on its German back yard. Mouth-watering ingredients don’t always guarantee a tasty outcome. (By Ed Cropley)

Christmas cracker. A.P. Moller-Maersk’s rosy shipping forecast portends prolonged misery for global supply chains. The $56 billion Danish firm said on Tuesday that its EBITDA jumped to nearly $7 billion in the three months to the end of September, three times last year’s outcome despite lower container volumes in ports. More importantly, Chief Executive Soren Skou reckons the surge in demand for containers will last at least until the first quarter of next year, dashing hopes that the logistics crunch will be fixed by Christmas.

Logjammed ports should in theory mean lower sales for a company like Maersk. But thanks to relatively static costs and retail giants like Amazon.com absorbing elevated prices for freight containers, Skou delivered a whopping 41% EBITDA margin in the third quarter. As a result, Maersk’s share price has almost doubled since the beginning of 2020. Skou’s clients may now have to endure the pain of higher shipping costs for at least six more months. He, on the other hand, remains on the crest of a wave. (By Aimee Donnellan)

Aiming high. Prime Minister Narendra Modi’s surprise decision to set a net-zero carbon emissions goal for 2070 underscores the world’s third largest polluter’s desire to be viewed as a good climate citizen. India’s target, set for a decade behind China, came with a demand for rich countries to sharply increase their climate finance commitments to developing nations. Funding is key, but it’s a second level requirement after clearing technological hurdles.

India has ramped up renewable energy fast. Most of the country’s new power demand is being met with solar and other clean alternatives. But the development of large-scale and long-duration storage solutions are a prerequisite to get more green energy onto India’s grid. Only once that is achieved can Modi decommission the full existing fleet of coal-fed plants that currently play a critical role in stabilising power supply.

In the absence of China’s President Xi Jinping, the Indian leader’s mere presence at the Glasgow climate change conference might have been enough to underscore his government’s determination to act. But by setting a net-zero goal, and more ambitious nearer term targets too, there’s little room left to doubt India’s intentions. (By Una Galani)

Gains, gone. Beating investors’ expectations isn’t enough anymore. Standard Chartered managed that in third-quarter results unveiled on Tuesday. However, relatively soft targets from the $15 billion Asia-focused lender contributed to a whopping 8% share price drop that has all but erased its gains for this year.

StanChart reported $996 million of pre-tax profit for the three months to Sept. 30 – more than double last year’s haul and 6% above analysts’ average forecasts, using company-supplied consensus estimates. But boss Bill Winters expects a flat fourth quarter and reckons that in 2022 the bank will merely return to a 5%-7% top-line growth rate. Investors may have hoped for a quicker post-pandemic acceleration given StanChart’s fast-growing markets. Rival HSBC last week voiced confidence in its returns targets, despite the stretch needed to meet them. Its shares rose 2%. Investors are looking for a bit of optimism. StanChart and Winters have disappointed. (By Jennifer Hughes)

Ferrari SF90 Stradale hybrid sports car is displayed at the company's base in Maranello, Italy May 29, 2019.