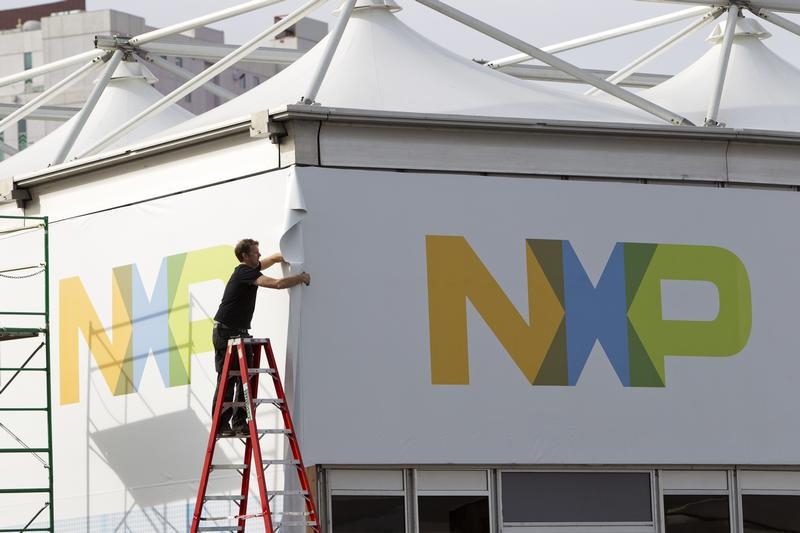 A $15 billion tech M&A spree is a poor fix for limp sales. Chipmaker NXP Semiconductors and networking gear firm HP, which have snapped up Freescale Semiconductor and Aruba Networks respectively, need strong demand to compensate for falling prices. Trouble is, that has not happened.

Some in the chip industry may still kid themselves they work for fast-growing upstarts, but that’s an outdated image. Freescale, which makes chips for everything from anti-lock brakes to FitBit activity trackers, has barely grown its top line over the past four years.

NXP has, at least, struck what looks like a financially decent deal. The $11.8 billion it’s offering in cash and stock means it’s essentially paying no premium. And the present value of the $500 million in costs it expects to cut comes out north of $3 billion, after taxes. Some two-thirds of that accrues to the buyer’s shareholders. Moreover, the combined company’s additional girth might give it added sway when negotiating both with suppliers and big clients such as carmakers.

Hewlett-Packard’s $3 billion purchase of Aruba is more about filling in a gap. The target’s gear is used for managing wireless networks – that’s a hot market, and the company is growing revenue at almost 20 percent a year. HP’s own networking business is barely expanding as falling prices eat up most of the gains from higher sales.

Perhaps some of Aruba’s shine will rub off on HP’s offerings. It won’t, though, solve the buyer’s bigger problems with deflation and tepid demand for PCs and printers. HP’s overall top line is projected by analysts to shrink by about $5 billion. Aruba’s $800 million or more of revenue expected this year will barely make a dent.

The two deals bring the total value of tech M&A so far this year to $53 billion – the fastest start since 2000, according to Thomson Reuters data. It’s a tempting route to take to bolster waning fortunes. Tech giants IBM, HP, Cisco, Oracle – and a host of smaller chipmakers – all face stagnating or even declining revenue.

NXP Semiconductors announced on March 1 that it has agreed to buy Freescale Semiconductor for $11.8 billion. The offer is worth approximately $16.7 billion including debt. Freescale investors will receive $6.25 in cash and 0.3521 shares of NXP for every share - essentially a no-premium takeover. Freescale shareholders will hold 32 percent of the combined company after the deal closes.

Freescale was taken private in 2006 for $17.6 billion by Blackstone, Carlyle, Permira and TPG. The private equity firms still retain about 64 percent of the company.

Separately, Hewlett-Packard announced on March 2 that it has agreed to buy Aruba Networks for $3 billion, or $24.67 per share in cash. That’s a 34 percent premium to the Wi-Fi gear maker’s close on Feb. 24, before rumors of a deal leaked.