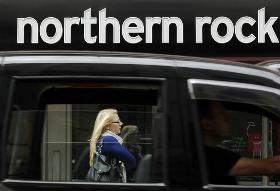 Three cheers for Northern Rock. When the ropey UK lender collapsed last fall, European regulators took one look at their similarly wholesale funding-dependent banking sector and had a collective heart attack. Following Lehman Brothers’ mega bail-in at the weekend, it is clear “Northern Wreck” did European supervisors a huge favour. Without it, they might not have set aside their national differences and created a proper bail-in mechanism of their own.

Over the weekend, the European Union’s Orderly Modification of Financial Groups directive had its first outing. The OMFG, signed in Brussels in July, gave European governments the ability to enforce losses on up to 8 percent of bank liabilities, or 20 percent of risk-weighted assets. It also instantly gave the European Central Bank the power to regulate the 200 biggest banks in the 17-state euro zone, and flag problems to a Single Resolution Mechanism consisting of the European Commission and national regulators.

These lightning-quick reforms, hitherto unheard of in the usually tribal EU, appear to have done the trick. The SRM and the Bank of England, which regulates UK banks that aren’t in the euro zone, went to work as soon as Lehman’s regulators flagged a $25 billion loss from writedowns of subprime gunk. Marking assets to market produced billions of euros of new losses at Europe’s biggest banks. Their shareholders have been wiped out, and replaced by converting their stocks of junior debt into equity – 8 percent of risk-weighted assets in the case of Royal Bank of Scotland, 6 percent for Commerzbank, and 4 percent at Lloyds and KBC. Most banks should be able to stay well within the 20 percent limit.

That’s the good news. Unfortunately, bailing in 250 billion euros of institutional and retail investors’ assets will have practical side effects. Credit demand will slump because everyone who was a bank shareholder will suddenly feel poorer. And insurers and pension funds who invested in bank hybrid debt are now facing steep losses. Some insurers are rushing out emergency rights issues.

A number of money market funds were also exposed to mortgages and other assets the banks have since written down, and are seeing their net asset values plummet as redemptions accelerate. The central role that money market funds play in banks’ still gargantuan wholesale funding needs is probably why the ECB has opened the spigots of its emergency liquidity support. An unprecedented three-year longer-term refinancing operation should allow most banks to keep afloat. And guarantees from the euro zone’s new 500 billion euro Fund for Financial Stability should allow banks to roll over their senior debt.

Sure, German politicians are moaning about the moral hazard of having to finance the FFS. They should button it. If the ECB and SRM hadn’t been able to call the shots, each member state would have been incentivised to downplay their banks’ problems, which would have left them ill-placed to deal with the inevitable future stresses caused by the euro zone’s decidedly non-optimal currency area. All things considered, Europe’s much-maligned regulators have for once got it right.