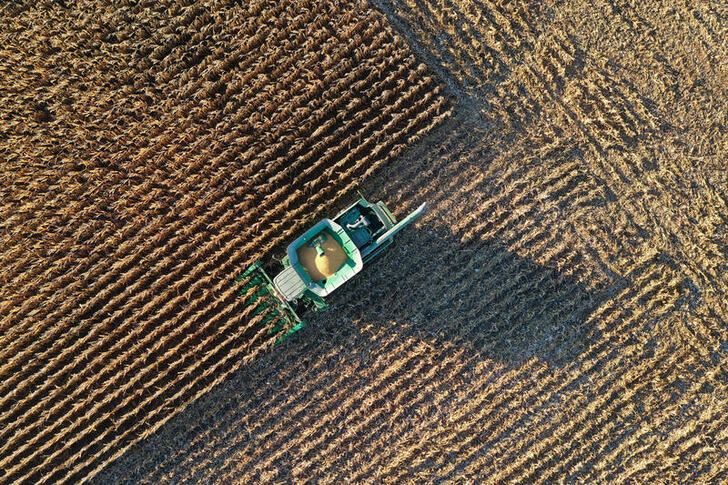 Corn Fed. A battle between Big Corn and Big Oil is brewing, and U.S. President Joe Biden is in the middle. He is considering ways to provide relief to U.S. refiners, required to mix ethanol into fuel, Reuters reported on Friday. That could help refineries in his home state of Delaware, but it risks irking important constituents in Iowa.

The Renewable Fuel Standard mandating the oil blend has been a boon for the corn industry. Some 40% of U.S. corn is now used for ethanol production, according to the U.S. Department of Agriculture. But adding it, or buying credits to waive the requirement, is expensive.

Recently Delaware’s Governor John Carney stepped up pressure to reform the industry in an effort to help local businesses, according to Delaware Public Media. Bowing to it would give the impression that Biden is helping oil over farming. Having friends in high places never hurts. But the powerful role Iowa plays in presidential politics, and Biden’s aversion to fossil fuels, suggest the battle has only just begun. (By Lauren Silva Laughlin)

Wildcard. Online sports retailer Signa Sports United is going public via a U.S. blank-cheque company in a deal that values it at $3.2 billion. SSU owns e-commerce and technology brands for sports like cycling and tennis. At 2 times expected sales in the year to September 2021, the valuation is cheap compared to Britain’s THG, which has a similar model for cosmetics and trades at almost 3 times forward sales, according to Refinitiv.

SPAC sponsor Ron Burkle, who began his career in a grocery store, gets arguably the best deal. He ends up with stock worth $150 million having invested just a third of that. And SSU gets a dollop of cash to fuel its M&A cycle: on Friday it said it was buying online bike retailer WiggleCRC from Bridgepoint, which also receives shares in the new outfit. The buyout group will be hoping it’s hooked up with a winner. (By Dasha Afanasieva)

Scor settling. Napoleon relied on speedy battlefield movement to win his wars. Scor boss Denis Kessler’s offensive against ex-bidder Covea has delivered a similarly crushing result. Shares in the $6 billion Paris-listed insurer rose 6% on Friday after it declared total victory over its one-time foe and largest shareholder. As part of the surrender, the mutual insurer run by Thierry Derez will grant Scor the right to buy its 8% stake at 28 euros per share, a measly 1% premium. Covea also agreed not to buy any new Scor shares for 7 years, back all draft resolutions submitted by the board, and take a chunk of Scor’s Irish life insurance business for $1 billion.

Part of the reason for the climbdown may be Derez’s appeal against a judgement last November accusing him of conflict of interest when Covea made an unsolicited 8.2 billion euro takeover offer in 2018. Scor has now dropped legal action. Although vindicating Kessler, Scor’s underperforming shares remain roughly a third below Covea’s offer price. With a potential bidder having to walk away, the victory could yet prove pyrrhic for shareholders.

Planting seeds. Macquarie’s infrastructure and real assets division has triumphed in a bruising takeover battle. After lobbing 19 offers between them, rival private equity bidder Roc Partners has conceded defeat in its quest for Vitalharvest Freehold Trust. The fight added 33% to the headline price for the owner of berry, citrus and avocado farmland. It’s unlikely to be this year’s only over-ripe M&A deal.

Other battles are still underway. These include the A$8.4 billion ($6.5 billion) gamble for casino operator Crown Resorts and the A$4 billion chase for Tabcorp’s wagering and gaming unit.

There’s a fair chance Vitalharvest won’t be the only agribusiness in play. Just a year after severe water shortages and bushfires, farmer confidence and demand for tractors are at or near years-long highs as commodity and livestock prices soar. Macquarie at least had some financial advantages in its A$357 million food fight with Roc. But potential buyers can’t plant those in every deal. (By Antony Currie)

Risky business. If anyone knows how to deploy excess deposits, it should be Japanese banks, who have wrestled for decades with cash hoards and ultra-low rates. Mitsubishi UFJ Financial is now planning a $9 billion fund to invest in credit, stocks and other assets in its latest effort to bolster returns, Bloomberg reports. Collectively the Japanese system is sitting on almost $3 trillion in surplus funds, even with negative domestic benchmark interest rates.

MUFG has branched out before. In 2019 it bought a $6 billion-plus book of aviation loans from Germany’s DZ Bank, plus took control of Indonesia’s Bank Danamon for $3.5 billion. Unfortunately the latter deal prompted a $1.9 billion writedown almost immediately. The same year rival Mizuho Financial booked $1.6 billion in losses from its securities holdings, including foreign bonds. Now MUFG is preparing to invest at a time when many asset prices have been heated by stimulus. With higher returns come higher risks. (By Jennifer Hughes)