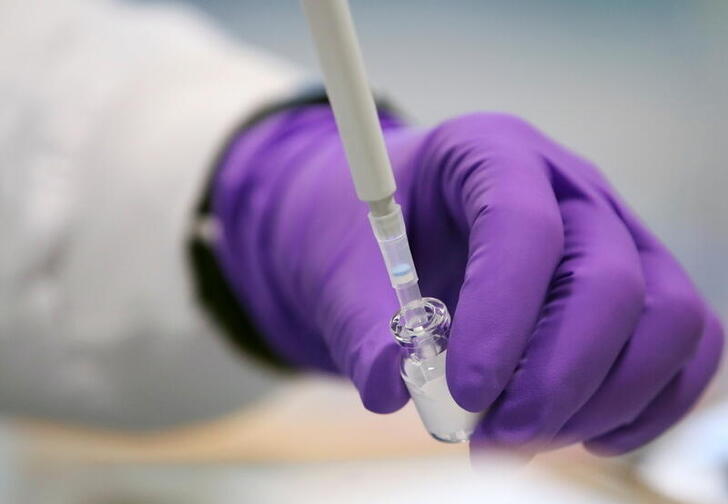 Je ne regrette rien. Cleaning up can be costly. That’s the lesson from HSBC Chief Executive Noel Quinn’s possible sale of his French retail network to a company backed by Cerberus Capital Management. He’ll transfer the loss-making business at a tangible book value of $2 billion, with HSBC plugging any balance-sheet hole when the deal completes. Throw in other transaction expenses and the deal will cost HSBC about $2.3 billion in total, knocking 15 basis points off its 15.9% common equity Tier 1 capital ratio.

Quinn could have avoided the hit by turning the business around himself. But layoffs, and attendant union battles, would absorb time and management bandwidth. Better to think of the $2.3 billion as the cost of achieving a sharper European focus. The remaining continental businesses will target wholesale clients, rather than consumers. Quinn can start integrating the region’s IT systems and slashing shared costs. In this case, a lousy deal is better than none. (By Liam Proud)

Biotech boom. The pandemic transformed a promising technology, mRNA vaccines, into commercial products, and has created nearly insatiable demand for producers of the materials needed to make this and related advanced medicines. Danaher’s purchase of Moderna supplier Aldevron from private equity firm EQT for $9.6 billion shows just how valuable this area of pharmaceuticals has become.

Danaher paid about three times what EQT paid in 2019. At around 39 times 2022 EBITDA based on estimates from Jefferies, it’s about twice Danaher’s multiple.

Still, it may not be unreasonable. Aldevron founder Michael Chambers estimated last year that 1 billion mRNA vaccines would require about half of the world’s plasmid DNA manufacturing capacity. Catalent, Charles River Laboratories and others have bought plasmid DNA makers. Plus Aldevron may benefit more from other technologies like gene therapies which may have higher margins and fewer competitors.

Danaher has added to the mRNA scramble, but at least it didn’t miss out. (By Robert Cyran)

Under water. The internet is famously a hodge-podge of government, private-sector and hybrid assets. The stalemate over a project to connect several Pacific Islands underlines one of many potential stumbling blocks: geopolitics.

The former Huawei Marine Networks, now called HMN Technologies and majority owned by Shanghai-listed Hengtong Optic-Electric, submitted a bid for the $73 million undersea cable priced more than 20% below Western rivals. The World Bank-led project declined to award a contract, deeming all the bids non-compliant, according to Reuters.

Chinese telecommunications firms, especially Huawei Technologies, are very unpopular in Washington. The planned Micronesian cable would connect to another that feeds Guam, a U.S. territory with military significance, and D.C. had expressed security concerns.

The Department of Justice last year opposed the Hong Kong link in a transpacific cable project backed by Alphabet’s Google and Facebook on similar grounds, according to Politico. The internet usually works, but it’s sometimes despite the best efforts of stakeholders, not because of them. (By Richard Beales)

Short circuit. Spain’s Acciona IPO has blown a fuse. Late on Thursday, the Madrid-listed infrastructure company announced an indicative price range for the planned spinoff of its wind and solar unit. At the mid-point and including debt, the business is valued at 12.4 billion euros. That’s some 2 billion euros short of what deal advisors, including Citi, Morgan Stanley, JPMorgan and Goldman Sachs, had mooted.

A selloff in green energy stocks since January forms part of the reason for the discount, as does the Entrecanales family’s continued control. Assuming 2020 EBITDA of 859 million euros grows at 13% this year, Acciona Energía, as the spawn is known, would be valued at around 13 times forward EBITDA, below peers EDP Renováveis and Orsted, which trade at an average of about 16 times, according to Refinitiv data. Like its rivals, however, Acciona has an impressive track record and ambitious plans to nearly double its capacity to 20 gigawatts by 2025. That may lead to a longer-term power surge. (By Christopher Thompson)

Meat in the middle. Brexit could be driving M&A after all. Kerry Group said on Friday it would sell its consumer foods’ meats and prepared meals business in the UK and Ireland to Pilgrim’s Pride, 80% owned by Brazilian meat giant JBS, for 819 million euros in cash. That allows the Irish group focus on higher margin flavourings and ingredients. Its shares rose 4%.

Ingesting the business, the rump of which is in the UK, could be a political punt. The 8.5 times expected 2021 EBITDA valuation for the maker of Richmond and Denny sausages looks pricey compared to Pilgrims itself, which trades at 6 times, according to Refinitiv. But a trade deal that enabled JBS to flood Britain with cheap meat could increase EBITDA. Australia this week set a precedent with zero tariff and zero quota access for agricultural exporters. British farmers will be getting nervous. (By Dasha Afanasieva)

Mixed messages. Mainland China’s push to get its citizens jabbed has accelerated, with Reuters data showing approximately one-third of the country’s 1.4 billion people have been inoculated against Covid-19. Local media reports that in the capital city of Beijing, with almost as many people as Australia, 72% of residents have had the shot. The People’s Republic is still some way behind the United States, where over half the population has had at least one stick, but it is averaging over 16 million new doses per day.

Then there’s Hong Kong. The city’s isolation made containing contagion easier. But success, combined with vaccine scepticism and distrust in government, has encouraged citizens to skip the jab; only two in 10 residents have been inoculated. Officials, desperate to reopen borders to revive tourism and help bankers make deals, are turning to corporations to dangle perks and mulling cutting 21 days of mandated quarantine to seven for vaccinated travellers. But visitors can still carry viral variants to unvaccinated people, risking fresh outbreaks. Reopening this way could undo the economic recovery. (By Pete Sweeney)

A laboratory operator is pictured in Liege, Belgium, December 8, 2020.