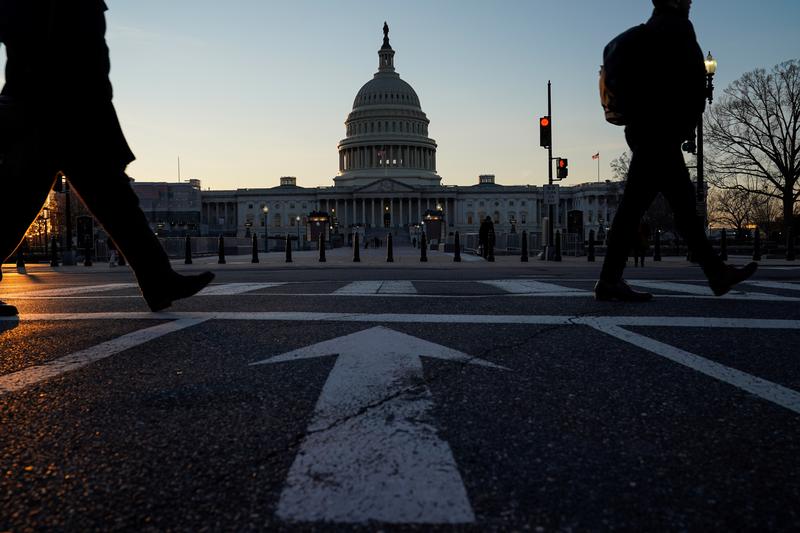 Blank checks and balances. Wall Street’s B-team is getting its day in the Beltway sun. Elizabeth Warren and other Senate Democrats sent letters to a handful of managers of special-purpose acquisition companies, including Michael Klein, Chamath Palihapitiya, and Tilman Fertitta, questioning incentive arrangements.

The group of investors has a mostly mixed track record, while others in the business have little or no history. And unlike other financial institutions that have been marched in front of Congress, SPACs are just funding vehicles, void of any substance, save cash until they buy a target company. While retail investors could get hurt, SPACs have less potential to damage the wider economy and are therefore of lesser importance to Warren’s constituents. They may be nevertheless be put through their paces.

If Klein, Fertitta, and others have to drill into the details of how SPACs work before Congress, it would be a healthy educational process. But lawmakers have spent more than a decade bellyaching about banks’ size, only to allow them to grow bigger, not least because a divided government has thwarted major overhauls. Given Warren and others have been able to do very little to rein in financial institutions that are far more important to the economy, their impact on SPACs may be as empty as blank-check firms themselves. (By Lauren Silva Laughlin)

Hard jabs. The UK’s position on India’s vaccine program is an awkward backdrop to trade talks scheduled for later this year. New Delhi is upset that fully jabbed Indians must quarantine on arrival in the UK, even if they have received the same AstraZeneca formula used in Britain’s rollout.

The sticking point is vaccine certificates but India has set a high global standard with its QR code-enabled digital version. What’s more, its massive production of AstraZeneca vaccines, known locally as Covishield, is supposed to be an example of the strong potential for collaboration between the two countries. The health sector is also a key area in a 2030 roadmap for cross-border cooperation detailed by Prime Minister Boris Johnson and Prime Minister Narendra Modi in May.

Amid chatter of retaliatory action by New Delhi, both sides can gain by giving a little faster. India could open up to tourists, like the UK. A potential trade deal will shore up the idea of a global-facing Britain post-Brexit and underscore Modi’s export ambitions. (By Una Galani)

Milk shake. Farmers and executives are chewing over more proposals for a shakeup at New Zealand milk cooperative Fonterra. They’re the latest part of an evolving strategy to help the company and its members combat climate change and constrained supplies.

Fonterra plans to increase annual research spending by 50% by 2030 to over $100 million a year, with part of that sum dedicated to reducing methane emissions. Up to $700 million in total will be invested in sustainability. It’s also mulling a public listing for its Australian business.

Kiwi farmers need help, though, to finance the upgrades new regulations require to minimise greenhouse-gas emissions and water pollution. That’s partly why the company run by Miles Hurrell has been examining an overhaul of its capital structure.

It’s still working on the right ingredients for that. Its proposals involve keeping a listed fund that ordinary investors can buy into, but that has met with resistance from farmers prioritising cooperative members’ ownership. Stakeholders have until a December vote on the plans to churn out fresh ideas. (By Katrina Hamlin)

Sparks fly. Ausnet Servicesis the latest contested deal Down Under. A Brookfield Asset Management unit on Monday offered A$9.5 billion($6.9 billion) in cash for the operator of electricity transmission networks; the target’s local rival APA then topped that by 4% a day later.

The latest announced bid values Ausnet’s enterprise at almost 1.6 times its total asset value, higher than many similar deals in recent years. APA would finance a third of it with stock and would need some A$300 million in cost cuts, Breakingviews calculates, to justify the 31% premium to Ausnet’s undisturbed price. It might find A$50 million, UBS reckons.

Brookfield has deeper pockets, and its all-cash offer probably appeals more than APA stock to shareholders like the State Grid Corporation of China and Singapore’s Temasek, which own 51% of Ausnet between them. The sticking point for the Canadians is whether Australia will let essential services like electricity supply be 100% foreign-owned. Dealmaking isn’t always about the money. (By Antony Currie)

The U.S. Capitol building exterior is seen at sunset as members of the Senate participate in the first day of the impeachment trial of President Donald Trump in Washington, U.S., January 21, 2020.