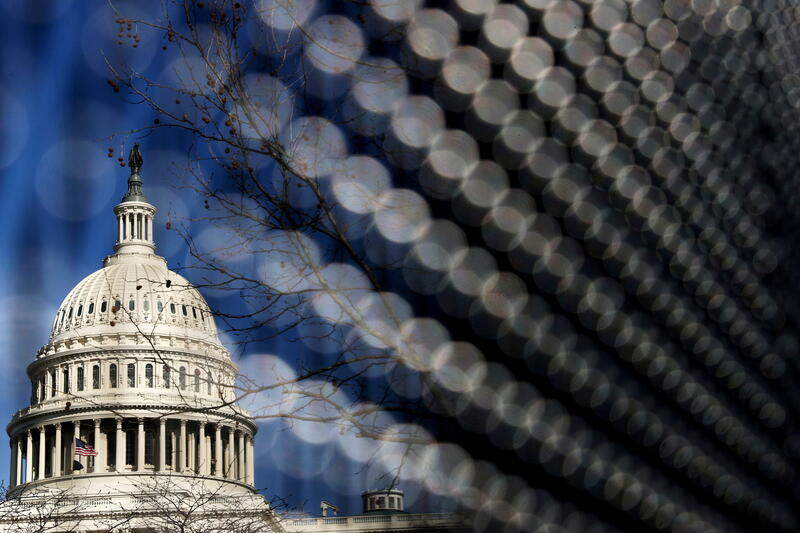 Bomb squad. The fuse has been lit on a possible U.S. debt default. Republicans in the Senate on Monday blocked a fairly straightforward House plan that would once again have suspended the government’s borrowing limit. Past efforts have garnered bipartisan backing after displays of brinkmanship – including from Democrats during President Donald Trump’s term – because few lawmakers want to see, for example, soldiers going unpaid or risk a financial-market disaster if America misses a payment on its bonds.

Treasury Secretary Janet Yellen on Tuesday warned lawmakers that the government could fall short of cash after Oct. 18, eventually leading to an unprecedented default if the impasse is not addressed. Democratic lawmakers are working on ways to address the issue without Republican support.

The debt ceiling gives politicians a second bite at everything. First Congress authorizes spending and then, as long as the government runs at a deficit, it has to increase or suspend the federal borrowing limit to fund the commitments. It should be scrapped before reckless lawmakers take U.S. finances beyond the point of no return.  (By Gina Chon)

Have your people buy my people. TPG-backed Creative Artists Agency is acquiring ICM Partners, the companies said on Monday. The tie-up creates more leverage as the folks on the other side of the table like Walt Disney and Warner Media reorient their business to streaming from movie theaters and television. The once glamorous work of representing stars like Scarlett Johansson, who’s in a legal fight with Disney, is under pressure as a result.

CAA rival Endeavor is taking a different approach. The $12 billion group led by Ari Emanuel struck its own deal on Monday to acquire sports-betting business  OpenBet for $1.2 billion. The move bolsters its presence in sports and further distances the company from its historical bread and butter of representation. Endeavor’s sports properties, including the Ultimate Fighting Championship, already accounted for 79% of its adjusted EBITDA for the quarter to June. Emanuel is betting it’s an easier way to make a buck than keeping the talent happy.  (By Jennifer Saba)

Feeling blue. Investors in Blue Prism may be disappointed. The British company, whose software helps customers like Daimler automate back-office tasks, on Tuesday accepted a 1.1 billion pound offer from buyout group Vista Equity Partners. As recently as Sept. 6 the company’s market capitalisation was about one-tenth higher, as shareholders expected a more generous bid. Vista is getting Blue Prism for an implied enterprise value of 4.7 times 2022 revenue, based on the median Refinitiv estimate, compared with rival UiPath’s 23 times multiple.

Yet the deal is appropriately cheap. Rival bidders have had ample time to make a higher offer. Blue Prism’s growth is slowing: analysts expect a compound annual rate of 13% up to 2024, compared with 88% since a 2016 initial public offering. It needs to invest in new products to fight off U.S. technology giants like Microsoft, but negative EBITDA and a puny 127 million pound cash pile mean it has little firepower. Blue Prism’s share price is a mere 3% above the offer. The chances of a meaningful bump look slim. (By Liam Proud)

Damp squid. Goldman Sachs has produced a text-book example of price discovery. The bank’s Petershill Partners unit, which owns stakes in private equity groups and hedge funds, priced its initial public offering on Tuesday at 350 pence per share, or 4 billion pounds. Its shares have barely budged since they started trading.

That could be seen as a disappointment. Many investors expect a pop on day one. Buyout shop Bridgepoint rose 30% on its debut in July. And Goldman’s fund was not egregiously priced: it is currently valued at around 21 times 2022 earnings, according to a Breakingviews calculation. Bridgepoint trades at over 30 times forward earnings.

Still, Petershill is a novel asset. It owns minority stakes in alternative fund managers, and relies on Goldman connections and management skills. And its market capitalisation of around $5.5 billion is still a premium to the net asset value. That was around $3.6 billion in June, or $4.3 billion after factoring in the new money raised. That’s a good result for Goldman. (By Neil Unmack)

Italian fracas. Philippe Donnet’s road to retaining Assicurazioni Generali’s crown looks deceptively safe. Nine of Generali’s 13 board members were happy to back a list of board nominees headed by the Frenchman, Reuters reported on Monday. That’s a testament to Donnet’s ability to deliver total returns of over 80% since his appointment five years ago. But it’s unlikely to quell an open rift between the $34 billion insurer’s main shareholders over the Chief Executive’s reappointment.

Signalling it was preparing for battle, top investor and Donnet-backer Mediobanca, which has traditionally called the shots, recently borrowed shares to up its voting clout to 17.2% from 13%. That puts it on a collision course with rival Italian shareholders led by eyewear billionaire Leonardo Del Vecchio, plus potentially the Benetton Group. These investors can present a separate board list at a shareholder meeting likely to happen in April. Unless the two camps reach a leadership compromise, an annual general meeting showdown is on the cards. (By Lisa Jucca)

Steel yourself. BHP is joining the club of resource majors in a pickle over downstream carbon dioxide emissions. Like BP, which ignores climate-warming gases from its 20% share of Russian energy giant Rosneft, and France’s TotalEnergies, which only counts carbon dioxide emissions from Europe, the mining giant is basically crossing its fingers that scientists will discover a cheap, carbon-neutral way of making steel by 2050, most probably by using hydrogen. Given that steel production accounts for three-quarters of BHP’s 400 million tonnes of annual carbon dioxide emissions, that’s a big assumption.

BHP deserves some sympathy. After all, it exerts minimal control over the smelters that cook its iron ore. And the carbon-free hydrogen industry remains in its infancy. Yet its target-free pledge merely to “continue to partner with customers” to find a solution looks unambitious against the scale of the problem and the threat to its long-term future. Shareholders are right to ask tough questions. (By Ed Cropley)

Political balance sheet. One obstacle to Federal Reserve Chair Jerome Powell’s shot at a second term has been removed. Two regional central bank presidents who actively traded stock last year are leaving their positions early. The next step is for the Fed boss to revamp rules to ensure conflicts of interest are avoided.

On Monday, Dallas Fed Bank President Robert Kaplan and his counterpart in Boston, Eric Rosengren, said they would soon retire. Recent financial disclosures revealed they actively traded shares last year, when the central bank pulled out all the stops to prop up the economy, including buying corporate bonds of Apple, Verizon Communications and Expedia.

They technically didn’t break any rules but it’s a bad look. And it gave fuel to progressives already critical of Powell, like Sherrod Brown. It also comes at a delicate time for the Fed chair. President Joe Biden is considering renominating him when his term is up in February. Overhauling stock ownership measures could help Powell find more middle ground with the left. (By Gina Chon)

Light catches the security fence around the U.S. Capitol, erected in the wake of the January 6th attack but now scheduled to start being removed, in Washington, U.S. March 15, 2021.