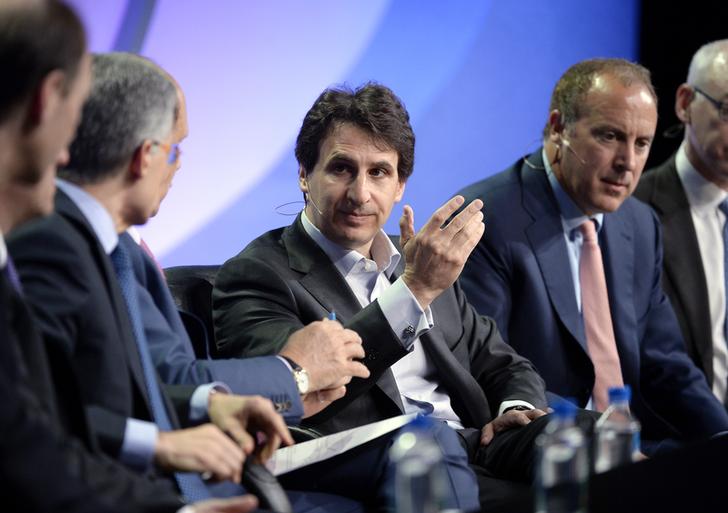 Warding off evil. Marc Rowan has set Apollo Global Management a challenge worthy of Greek myth. As part of the asset manager’s 261-page investor day presentation, the new chief executive said on Tuesday that he wants the firm to manage more than $1 trillion by 2026, more than twice what it has now. Apollo’s market capitalization rose $2.1 billion, or 7%. Take Rowan’s comments at face value, and that may be conservative.

The engine driving the Apollo’s assets is Athene, the insurance company it created in 2009. Over the past five years, Apollo’s assets under management have more than doubled to $472 billion. So-called permanent capital vehicles make up more than half of that.

Assume, crudely, that Rowan hits that $1 trillion, and can squeeze out 1% a year in fees. Apollo’s revenue would be $10 billion by 2026. Based on BlackRock’s five-year average multiple of 5 times revenue, according to Refinitiv, Apollo would be worth 50% more than its current value. Tuesday’s more modest share price suggest investors are at least giving him credit for trying. (By Lauren Silva Laughlin)

Long odds. DraftKings Chief Executive Jason Robins has more time to fine-tune his 16.4 billion pound tilt at UK bookie Entain. The would-be target on Tuesday afternoon said that it had agreed with the Takeover Panel to extend a “put up or shut up” deadline until Nov. 16. The key sticking point is how to get MGM Resorts International on board. The hotels-to-roulette group runs a 50-50 U.S. joint venture with Entain and could make life difficult for Robins. MGM’s CEO Bill Hornbuckle wants to control his own destiny in the burgeoning U.S. sports-betting market.

Investors are sceptical. Entain’s shares only jumped by 2.1% after the announcement, leaving them trading at 21.70 pounds compared with the 28 pound per share offer price. Assuming that without a deal they’d go back to the undisturbed value of 19.16 pounds per share, that implies a less than one in three probability of success for DraftKings. Robins’ punt is far from a home run. (By Liam Proud)

Clouds parting. Alibaba offers a promising glimpse into China’s chipmaking potential. The $450 billion e-commerce group on Tuesday unveiled a self-developed processor for its fast-growing cloud computing unit. The chip, which will be used to power its own data-centre servers, boasts cutting-edge technology. It’s a strategic win if China’s top cloud provider is not dependent on U.S. chip designers like Intel. Amazon’s AWS debuted its own processor three years ago.

Alibaba is part of a growing cohort of technology companies in the People’s Republic venturing further into semiconductors, partly spurred by President Xi Jinping’s goal of achieving self-sufficiency in high-tech sectors. In August, search-engine operator Baidu announced it has begun mass production of its artificial intelligence chips, while handset maker Xiaomi is pushing into similar ventures. Alibaba’s efforts will attract the right kind of official scrutiny. (By Robyn Mak)