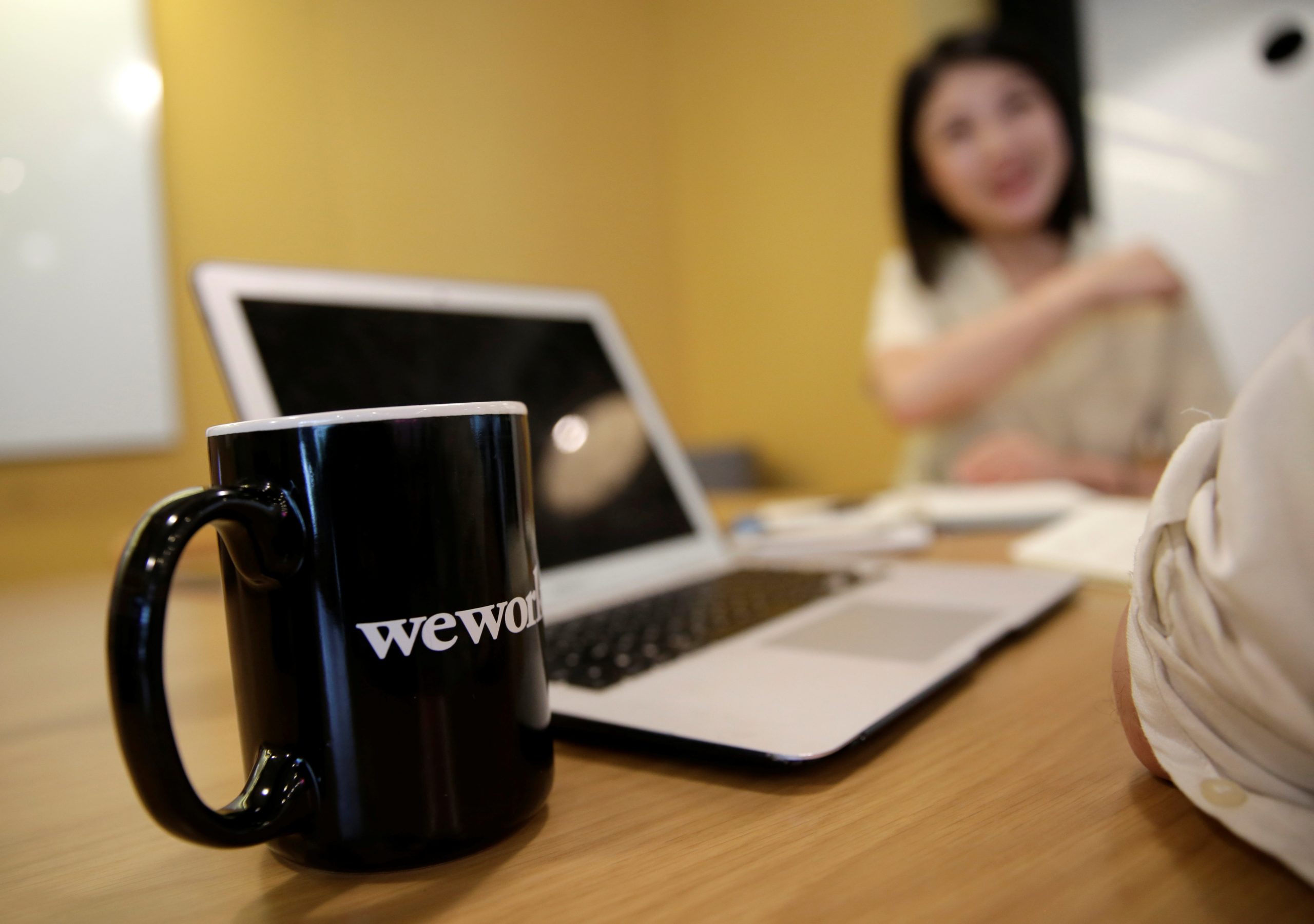 Back to work. After its planned 2019 initial public offering went down in a spectacular fireball, WeWork on Thursday finally became a listed company. It completed its merger with blank-check vehicle BowX Acquisition on Wednesday, and the shares opened at around $11 apiece on the New York Stock Exchange the next morning, up 10% from the illustrative level when the SoftBank Group-backed office-sharing outfit struck its merger deal back in March. It gives WeWork an equity value just shy of $9 billion.

The company has already been through a reset since the debacle two years ago, when a crazy private-market valuation of $47 billion, combined with huge cash burn and an overweening figurehead, Adam Neumann, brought WeWork’s IPO to a dramatic halt. SoftBank ousted Neumann and rescued the group. Unlike some businesses that go public by merging with special-purpose acquisition companies, WeWork, now run by Sandeep Mathrani, has already had its baptism of fire. Its float at a relatively sober valuation marks a new beginning. (By Richard Beales)

Board games. CD Projekt’s management is playing things cautiously. The $4.5 billion Polish video game developer, whose decision to launch its bug-ridden “Cyberpunk 2077” title last December caused its share price to almost halve, announced on Wednesday that much-anticipated updates to the game would now come out in early 2022, having previously been scheduled for late 2021.

Thursday’s 7% share price fall reflects missing the busy holiday season, as well as the potential for knock-on delays to future games. But it looks tame in comparison to last winter, when uncertainty around “Cyberpunk”, which accounted for two-thirds of the company’s 2020 revenue, often moved shares by 10% or more in a day. Last month, rival Electronic Arts’ stock fell almost 8% in a week after it delayed its “Battlefield 2042” game, but shares have since recovered. Analyst forecasts compiled by Refinitiv indicate that CD Projekt is now trading at 25 times next year’s EBITDA, almost double the multiple commanded by bigger rivals Activision Blizzard and EA. To justify that and keep gamers onside, doing things right will be more important than doing them quickly. (By Oliver Taslic)

Knorr-ing concern. Unilever’s path out of the pandemic looks uneven. The stock-cube maker’s sales were 13.5 billion euros in the quarter to the end of September, 2.5% higher than a year earlier. Higher prices accounted for 4.1% of that, meaning the volume of Unilever goods sold fell 1.5%. Two-thirds of that was in Southeast Asia, which represents 14% of Unilever’s sales and is suffering from renewed Covid-19 restrictions.

The remaining 0.5% is more concerning. Chief Executive Alan Jope reckons more than half of his business won share over the past year. But this measures the value of those sales, rather than volume. The other explanation of falling volumes of things like haircare – that it’s in product sectors that are proving less popular – is arguably scarier.

Rival Nestlé, which trades with a premium of more than 30%, grew close to twice as fast so far this year. Thursday’s figures could be a blip in uncertain times, but patchier growth keeps the Dove maker trading at a pronounced earnings multiple discount. (By Dasha Afanasieva)

Slow and steady. GoTo’s $400 million fundraising from the Abu Dhabi Investment Authority values the ride-hailing-to-fintech group at some $28.5 billion, according to a person familiar with the situation. It provides a timely valuation boost to the Indonesian super-app ahead of a much-anticipated listing in Jakarta early next year, followed by New York.

The latest price tag is a big jump from the $18 billion headline number set one year or more ago from individual fundraising by Gojek and Tokopedia. Those respective valuations underpinned the subsequent merger of the pair announced in May. Assuming a 15% discount typical of a pre-IPO capital call, GoTo might be worth $32 billion.

Benchmarks are all over the place, however. Top rival, Singapore-based Grab, has delayed its New York debut following its $40 billion deal struck in May with a special-purpose acquisition vehicle. And Indonesia-focused e-commerce group Bukalapak, which went public in August, is trading well below its initial public offering price. With much uncertainty, setting big milestones with a serious sovereign investor looks wise. (By Una Galani)

Property mismanagement. Add disagreement over a deal’s collapse to the growing list of China Evergrande’s woes. The cash-crunched developer chaired by Hui Ka Yan revealed late on Wednesday that it had cancelled a proposed sale to Hopson Development of a 50.1% stake in its property management unit for $2.6 billion after its sources said the buyer had not met the necessary prerequisites.

Hopson’s account is markedly different. The $8 billion company says it refused to accept Evergrande’s request to be paid the sale proceeds directly. That ran counter to the agreement Hopson struck to hand over only the difference between the sale price and what Evergrande owes its subsidiary, for fear it wouldn’t get the funds otherwise. Evergrande Property Services’  latest accounts put that sum at around $370 million, equivalent to 90% of its 2020 net profit.

Hopson shares rose 5% on the news, while Evergrande stock fell by a tenth. Shareholders seem to think Hopson had a point. It’s a potent warning to any other bidders. (By Jennifer Hughes)

A cup with the Wework logo is seen at a WeWork office in Beijing, China August 2, 2019.