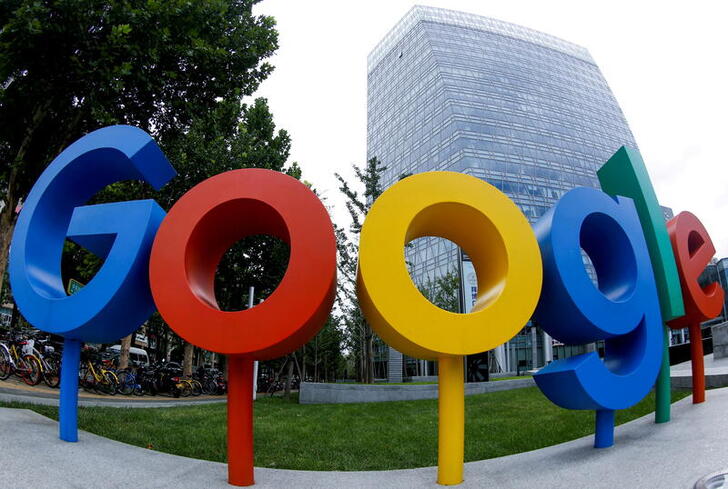 Copycat. Alphabet’s Google is having a tough time in Europe. The continent’s aggressive regulators and supportive courts have cost big U.S. technology firms billions in penalties. The danger is if American judges start borrowing from their transatlantic counterparts.

A European Union court on Wednesday rejected Google’s appeal against a $2.8 billion fine from Brussels regarding its shopping service. That’s a bad omen for other pending cases. The search giant is also fighting EU rulings against its Android mobile operating system and AdSense advertising service.

Urged on by Congress, U.S. regulators have begun following the lead of EU competition chief Margrethe Vestager in challenging tech giants. But American judges, who tend to have a narrower view of antitrust law, haven’t been on watchdogs’ side. In August, the Federal Trade Commission refiled a lawsuit against Facebook, now known as Meta Platforms, after a judge poked holes in its arguments. Two cases against Google may get the same treatment. If U.S. courts follow Europe’s lead, Big Tech will be in big trouble. (By Gina Chon)

A better way to tweet. Twitter is expanding its subscription service to the United States and New Zealand. The offering, already available in Australia and Canada, lets users edit tweets, read ad-free news from partners including The Washington Post and Reuters, owner of Breakingviews, and customize their feeds. At a cost of $3 a month it’s a modest way for the company run by Jack Dorsey to squeeze more revenue from its most hardcore tweeters.

More than 50% of Twitter users in the United States regularly get their news from the social network, according to the Pew Research Center. If the company signed up half of its 37 million active users it would generate over $650 million in additional annual revenue. That’s equivalent to roughly 13% of sales expected this year, and about half of what the New York Times rakes in from subscriptions. Getting people to pay for a free social network may be a lofty goal, and the $43 billion company is hardly the first to consider subscriptions. But it won’t harm Twitter to stretch. (By Jennifer Saba)

Checking out. Sweden’s top supermarket chain is opting for an overhaul behind closed doors. ICA Gruppen’s majority owner is partnering with local pension fund AMF to buy the wholesale retailer for 107 billion Swedish crowns ($12.1 billion). After speculation about a private equity raid, ICA’s minority shareholders have minimal reason to grumble. The offer is 29% above ICA’s share price before the rumours started swirling on Oct. 22. And at 21 times this year’s expected operating profit, it’s a premium to local rival Axfood, which trades on 19 times.

ICA should find a makeover in private easier. Fashioning a response to the pandemic-driven online grocery boom is the top priority, but will be expensive. Net debt around 4 times EBITDA after the deal is less than this year’s 7 billion pound private equity buyout of Britain’s Morrisons. But with his hefty investment needs and a top line growing at a measly 2% next year, Chief Executive Per Stromberg may have an equally narrow margin for error. (By Karen Kwok)

This is not a Drill. Europe’s Maersk Drilling and U.S. rival Noble have droll timing. The pair announced a transatlantic merger on Wednesday, just as negotiators at Glasgow’s COP26 climate talks unveiled the first fruits of their labours. That included a draft pledge to phase out subsidies for fossil fuels. For the drillers, it thus sounds like a sensible time to roll out a deal that should generate nearly $1 billion of taxed and capitalised synergies. Against the duo’s $1.7 billion market capitalisations, that’s a chunky buffer against the approaching storm. With the International Energy Agency calling for an end to new oil or gas investment to limit global warming, drillers are living on borrowed time.

Or are they? The COP26 pledge unsurprisingly says nothing about what actually has to be done in the short term. And many delegates in the Scottish city privately admit that the current wave of energy-security scares means “responsible retirement” of fossil fuels is the order of the day. The driller merger, which is really a takeover by Noble, could end up generating cost savings in a market that will stay robust for the next five years at least. (By George Hay)

Jumping the slogan. After a dizzying rise, S4 Capital is feeling the pinch of market disappointment. Martin Sorrell’s digital advertising group, set up after his defenestration from WPP, on Wednesday said third-quarter net revenue rose 42% on a like-for-like basis, beating its increased 40% guidance. But it also took the risk of saying it would invest some of its EBITDA margin in growth. The thought of lower profitability had investors reaching for the remote – S4 shares plunged as much as 12%.

That’s the 4 billion pound group’s biggest market fall since March 2020. But at least it didn’t come from a top-line miss. If S4’s investment means it can keep signing new clients, especially its deep-pocketed “whopper” ones, it’s likely to retain its chunky premium over established rivals WPP and Publicis. Even after Wednesday’s fall, it’s still trading at close to 60 times 2021 earnings, according to Refinitiv. WPP trades at less than 15. Sorrell’s startup remains an ad for an industry shakeup. (By Dasha Afanasieva)

Singapore slung. Temasek’s involvement with two competing bidders might ensure an M&A victory of some sort for all. Conglomerate Keppel, 21%-owned by the state investor, has added 12% to its August cash-and-shares offer for the property holdings of Singapore Press, lifting the valuation to $2.8 billion. [nL1N2RT01L] This follows a rival all-cash bid in October from a group 60%-owned by two Temasek-controlled units.

Keppel’s final S$2.351-a-share offer increases the cash component and brings the value closer to analysts’ estimates. Yet it hasn’t changed the fact it includes Singapore Press distributing 45% of its REIT to shareholders before Keppel buys its remaining 20%, thereby depriving shareholders of any control premium.

Singapore Press’s shareholders do not seem to have high expectations. It took the rival S$2.099 bid for shares to even match Keppel’s original S$2.09 price and they’ve since hit a mere S$2.16. Keppel’s new offer will presumably be enough to head off the sort of small shareholder protest the city state dislikes. Everyone wins a little something here. (By Jennifer Hughes)

FILE PHOTO: The brand logo of Alphabet Inc's Google is seen outside its office in Beijing, China, August 8, 2018. Picture taken with a fisheye lens.