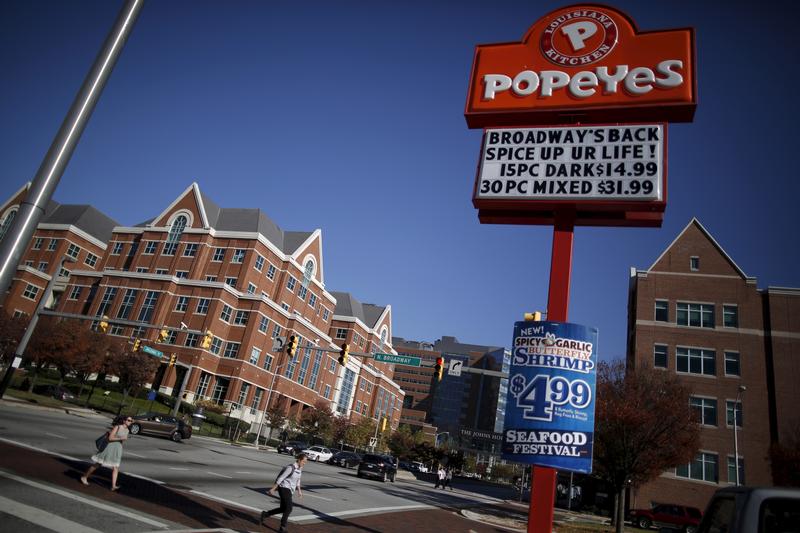 Fresh from pulling Kraft Heinz’s bid for Unilever, the Brazilian investor group’s restaurant roll-up pounced on fried-chicken chain Popeyes. With this $1.8 bln appetizer, Burger King’s bosses get to apply their cost crunching to fast food while settling on a big new target.

A popeyes restaurant sign is seen on the intersections of Broadway and New Orleans a cross the street from the John Hopkins Hospital in Baltimore, Maryland November 4, 2015. REUTERS/Carlos Barria - RTS62P7

Restaurant Brands on Feb. 21 said it reached an agreement to acquire Popeyes Louisiana Kitchen for $79 a share in cash, or $1.8 billion. The deal represents a premium of 27 percent based on Popeyes' 30-trading-day volume-weighted average price as of Feb. 10, the last trading day before media speculation on the potential sale of Popeyes.

3G is also the leading investor in Kraft Heinz, the food conglomerate that withdrew a $143 billion unsolicited bid for Unilever on Feb. 19, two days after the proposal was made public.