3 May 2021 By Breakingviews columnists 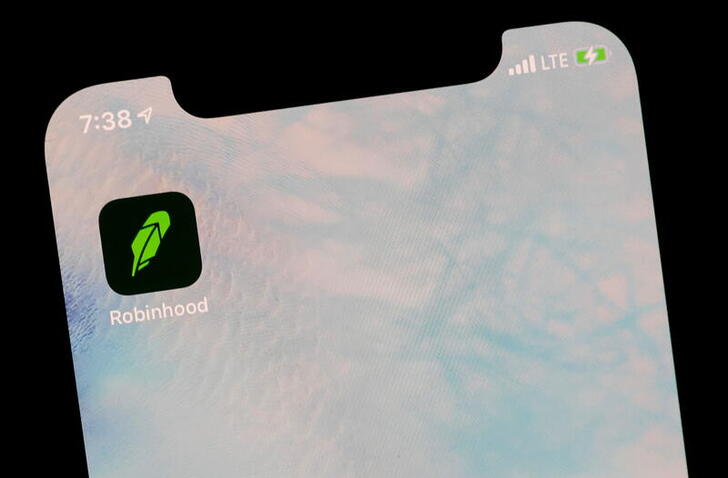 Old bro vs. new bro. The Robinhood Markets founders must feel as if they have arrived. The retail-trading app’s name got tossed around at Warren Buffett’s annual Berkshire Hathaway gathering over the weekend, with Buffett sidekick Charlie Munger saying the gambling element of the app was “deeply wrong.” In an on-brand response, Robinhood said the last year has shown “that people are tired of the Warren Buffetts and Charlie Mungers of the world acting like they are the only oracles of investing.”

Robinhood’s users had a public battle with hedge fund types like Steven Cohen earlier this year. But Buffett has always been almost untouchable – not only separate from Wall Street but also the envy of renowned investors, who have tried to mimic Berkshire’s structure and Buffett’s success.

Both the old guard and the new guard can be partly right. Robinhood’s casino-like trading doesn’t require the rigor that Berkshire prides itself on. At the same time, the app is making investing more accessible. As any good investor knows, it takes two sides to make a market. (By Lauren Silva Laughlin)

Time on its hands. Meredith has agreed to sell 17 local U.S. TV stations to Gray Television for $2.7 billion in cash, about 10 times the assets’ adjusted EBITDA. It’s a delayed reaction to Meredith’s failure more than five years ago to bulk up its TV assets and leaves the company focused on magazines.

In 2015, Meredith had designs on broadcaster Media General. But rival Nexstar Media swooped in and snatched the target, paying $4.1 billion including debt or about 9 times EBITDA. Meredith ultimately bought magazine publisher Time Inc instead, including titles like People. It may not have been the ideal option: Meredith’s shares have slipped by a third over five years, while Nexstar’s have nearly tripled.

At least Monday’s deal pegs the valuation of Meredith’s TV properties at a higher multiple than Media General’s back then and brings in some cash. It’s a small victory for Meredith boss Tom Harty to savor as he makes the best of what’s left. (By Jennifer Saba)

Last days. It’s noteworthy when some 25% of shareholders vote for proposals opposed by the board of directors, especially if the chief executive gets to cast nearly a third of the votes and is Warren Buffett. Effectively over a third of pew-sitters in the Church of Buffett think Berkshire Hathaway should disclose more about its efforts to address climate change and promote workforce diversity.

That’s over twice as many as voted for similar proposals in the past. It’s a reflection, perhaps, of shareholder resentment as the total return of Berkshire A-shares has lagged the S&P 500 Index over the past decade. It may also point to a generational divide between the nonagenarians Buffett and right-hand man Charlie Munger and Berkshire investors.

For the moment, Buffett enjoys sufficient fealty from shareholders to beat back such resolutions. His successor, whom Buffett has identified as Greg Abel, will be just another CEO hired by the owners. To keep them happy, Abel will need to get up to speed on climate change and diversity stat. (By Robert Cyran)

Do you Yahoo? Apollo Global Management is wading into the business of legacy internet brands. The private equity firm is buying AOL and Yahoo from Verizon Communications for $5 billion. The U.S. telephone company is keeping a 10% stake in what has largely been viewed as an outsized distraction since Verizon paid over $9 billion in 2015 and 2017 for the assets, later writing them down by half. Apollo, which has some media holdings like Cox Media and helped newspaper chain Gannett refinance a loan, may see a glimmer of potential between the couch cushions.

Last year, Verizon Media generated about $7 billion in revenue. That suggests Apollo is paying less than 1 times sales. Yelp, another internet brand founded more than a decade ago, fetches twice its trailing sales, according to Refinitiv. Many owners have wrestled with Yahoo and AOL including Jerry Yang and Tim Armstrong. Apollo boss Marc Rowen, too, may be able to pass the parcel. (By Jennifer Saba)

Cut to victory. Australia’s big four banks are too dominant to be major acquirers. That’s not stopping A$95 billion ($73 billion) Westpac from cherry-picking one element of the M&A playbook. On Monday the country’s second-largest lender unveiled, along with decent first-half earnings, a plan to slash annual expenses by a cool 21% of the total. Usually only a merger generates that kind of figure.

There’s some corporate finance at work: Chief Executive Peter King hopes to get around a third of the savings from selling seven unwanted businesses, including general insurance and auto finance. The rest comes from closing branches or moving them to smaller premises as digital banking expands, and from shrinking head office.

The savings should be worth almost A$14 billion to shareholders, once taxed and capitalised. Westpac’s stock rose more than 4% by lunchtime trading, adding just over A$4 billion in value. With almost three years until the target is supposed to be hit, shareholders aren’t giving King the benefit of the doubt. (Antony Currie)

Shallow pockets. Reviving Indian consumption will be hard if management commentary and results from Reliance Industries are any indication. Foot traffic at the conglomerate’s grocery, fashion and electronics stores recovered to 88% of pre-pandemic levels in the three months to March. In April, it nosedived to as little as 35%, below activity levels seen during the first wave. Retail revenue for India’s biggest company shrank 5% from a year earlier, to roughly $19 billion.

A more virulent virus which has overwhelmed hospitals is making shoppers cautious. Indians also know they are unlikely to get government handouts to cushion their spending.

About 80% of the workforce is in the informal sector, where real wages may have contracted as much as 30% in 2020, Ambit Capital’s Sumit Shekar reckons. The influential Confederation of Indian Industry trade group on Sunday called for “the strongest national steps” to curtail economic activity to save lives. It could take time for demand to store up again, and even then shopping may be restrained. (By Una Galani)

The Robinhood app is displayed on a screen in this photo illustration, January 29, 2021.