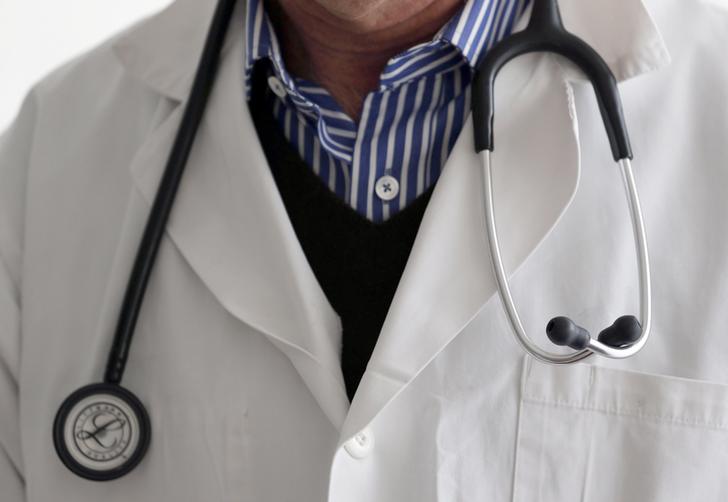 Good foundation. The $1.2 trillion infrastructure deal President Joe Biden has struck with Republican and Democratic lawmakers is a miracle of engineering. For years, politicians’ hopes of spending more on roads and bridges went nowhere. So the fact that the plan on the table actually looks doable is remarkable, regardless of what actually ends up being in it.

The deal announced on Thursday is a win for Biden, who made infrastructure a part of his pitch as commander-in-chief. Eleven Republicans in the 100-person Senate helped craft the proposal to improve airports, highways and power grids. If all 50 Democrats support it, the bill will have the 60 votes it needs to pass. Roughly half of the spending will come from unused Covid-relief funds and other already-allocated money rather than new taxes.

Meanwhile a companion plan, which may address social priorities like healthcare and tax hikes that progressive Democrats demand, is taking a different route – Biden hopes to pass that through a budget-related process that only needs 51 votes. In short, he may have found a way to prevent Republicans from sinking his bipartisan plan, while also appeasing Democrats who think it doesn’t go far enough. That’s an achievement. (By Gina Chon)

Riches in niches. Facebook dominates social networking with 2.9 billion monthly users, but Doximity and its $7 billion initial public offering shows there’s room for more specialist clubs. The network for doctors only has 1.8 million members, but that equates to four out of five U.S. physicians. Moreover, it’s highly profitable and hard to copy.

While Doximity makes some money from recruiters and telehealth, 80% of its revenue comes from ads paid by pharmaceutical firms and hospitals. Revenue increased 78% last year, and earnings rose about 70% to $50 million. The company thinks marketing by drugmakers is a $7.3 billion opportunity. Investors are counting on it capturing much more. After a more than 60% increase in its shares on Thursday, it was trading at over 100 times trailing 2020 earnings.

What it lacks in size, Doximity makes up for in barriers to entry. Laws on handling medical information, and verification of doctors means it will be hard for rivals like Microsoft’s LinkedIn to steal its business. Investors may therefore be wagering that at some point, they’ll buy it instead. That would make Doximity a bet on a future transplant. (By Robert Cyran)

Appetiser. Finally, some good news for Deliveroo. A UK court ruled on Thursday that the London-based food delivery company’s riders are not employees, meaning it doesn’t owe them benefits like holiday pay. Deliveroo’s shares rose by 9%, taking its market value to 5 billion pounds ($6.9 billion).

The problem is that the dispute over gig workers’ rights isn’t going away. In other countries like the Netherlands, courts have ruled that Deliveroo’s riders are employees. Uber Technologies recently lost a related court case in London. The European Commission will later this year release recommendations on potential gig-economy legislation.

Spike the ball. Last year was a tough one for sports arenas. But the U.S. National Football League’s playbook is full of moves to maximize its value. The NFL hired Goldman Sachs to help sell stakes in media holdings including its pay-TV channels, according to the Wall Street Journal. The newspaper separately reported that JPMorgan bought a slice of New England Patriots owner Robert Kraft’s sports-analytics firm.

The NFL and Kraft are making opportunistic plays, capitalizing on the soaring value of sports rights and associated data. The league is on track to collect an aggregate $10 billion annually for the next 11 years from TV rights holders including Amazon.com, an 80% increase on average from the last contract negotiations roughly a decade ago, according to MoffettNathanson.

Meanwhile, JPMorgan fancied Kraft’s business because its wealthy clients are clamoring for information that aggregates legal betting, concession sales and the like when they are looking to buy trophy sports franchises. With stocks and other markets hitting new highs, the NFL should have no trouble getting itself into the endzone. (By Jennifer Saba)

Hawksong. Andy Haldane will leave a big hole. The Bank of England’s outgoing chief economist was alone in voting to reduce the total target amount of government bond purchases at his valedictory policy meeting, minutes showed on Thursday. It will take time to know if he was prescient, given uncertainty about how long global price pressures will last and whether workers who became temporarily inactive during the pandemic will resume job searches. But whether he proves right or not, he was useful in inoculating against groupthink.

The consensus in central banking and financial markets these days is that inflation will subside and that the future will look a lot like the past once pandemic-era distortions disperse. Outliers like Haldane, who last month warned of the risk that price pressures could become embedded in wage demands, are needed to ensure enough account is taken of any evidence to the contrary. Granted, he’s not the only original thinker at the BoE. But finding someone who is also equally talented at communicating in plain language will not be easy. (By Swaha Pattanaik)

Feed the ducks. Eli Lilly’s announcement on Thursday that it would seek approval for its Alzheimer’s drug years ahead of schedule proves the power of incentives. It comes just two weeks after the U.S. Food and Drug Administration approved a Biogen therapy that is shown to reduce protein plaques in patients’ brains. However, there is little evidence the drug delivers meaningful improvement for sufferers. The scientific support is even thinner for Lilly’s drug.

Regulators are in a difficult spot with Alzheimer’s. The disease is horrible, incurable and widespread: about 6 million Americans suffer from it. Their calculus is that reducing plaques probably helps patients, despite the shortage of evidence. Like Biogen’s, Lilly’s drug does that. But Biogen’s drug was tested on thousands of patients, while Lilly’s recent trial involved hundreds. That leaves bigger questions about whether it is effective and safe.

The FDA could say no, or not yet, to Lilly. Even so, the news sent Lilly’s market value up by nearly $20 billion on Thursday morning. Other companies with drugs offering more hope than efficacy are likely to follow. (By Robert Cyran)

Card carrying. It doesn’t take Visa Chief Executive Al Kelly long to bounce back. Months after abandoning the $5.3 billion acquisition of Plaid, under pressure from U.S. competition authorities, he has agreed a 1.8 billion euro ($2.1 billion) deal to buy Sweden’s Tink, effectively the European equivalent. Both companies built software that lets users see their bank account balance and move money around without logging directly into a banking app. That’s a threat to Visa, since people could in theory pay for goods and services via account transfers rather than cards.

The U.S. Justice Department concluded Visa wanted to squelch a nascent challenge to its payments monopoly. Kelly may hope that European authorities will take a different view, since so-called open banking laws allow competitors to emulate Tink. But if rivals can replicate the startup’s technology, why is Visa paying an eyeball popping price of 60 times December’s annual recurring revenue? Kelly’s second M&A attempt may have the same result. (By Liam Proud)

Reality check. Siemens is taking a step from the physical world of engineering to the realm of bits and bytes. Laying out his vision on Thursday for the 115 billion euro German giant, new Chief Executive Roland Busch promised 5%-7% annual revenue growth based on buzzword-laden new markets for its Smart Infrastructure and Digital Industries divisions, which help make cities and factories more efficient. After a storming 50% share price rise in the last year, investors were underwhelmed: the stock was down 1% by mid-morning.

Part of Busch’s problem is that his new targets are close to what analysts were already expecting. The top end of the new range delivers 6 billion euros of additional revenue by 2025. Assuming constant margins, that translates into nearly 1 billion euros of extra EBITDA. The projection, however, is a fraction lower than the 13.4 billion euros of EBITDA analysts have already pencilled in for that year. Busch’s new-fangled vision may not be ambitious enough. (By Ed Cropley)

Housing haggle. St Modwen Properties investors would be wise to put themselves in the shoes of the average home-seller. The owners of the 1.2 billion pound house-builder resisted an initial 542 pence per share offer from buyout house Blackstone, arguing it undervalued the company. The negotiating tactic has clearly worked – Blackstone is back with a sweetened 560 pence bid amounting to a 25% premium to the British property company’s shares before the first approach.

Like house sellers, St Modwen shareholders should recognise the limits of haggling. Aviva and Aberdeen Standard Investments, along with other investors who hold up to 20%, want to sell. However, Blackstone needs 75% support to get the deal away so needs to convince holdouts. Significantly, Blackstone’s latest punt is a 21% premium to St. Modwen’s net asset value, and above its market value in the last five years. Selling up can be emotional; letting a premium offer slip through your fingers is even worse. (By Aimee Donnellan)

Bird in hand. Westpac will keep its New Zealand business after all. Some three months after putting the operation under review for a potential sale, Chief Executive Peter King has decided it “would not be in the best interests of shareholders”.

King, who has been flogging insurance and other overseas units, wants to invest in technology and cut costs. Meanwhile, New Zealand is increasing bank capital requirements and its central bank in March censured Westpac for risk and liquidity lapses. Offloading the unit, and bagging perhaps NZ$11.5 billion ($8 billion), per Breakingviews calculations, was tempting.

Buyers are probably scarce, however: Four banks control 80% of the market, which is probably too small and mature for a new competitor. A spinoff might work, but only after A$95 billion ($72 billion) Westpac cleans up the division. At least topping up capital shouldn’t be much of a stretch. And maybe then King can see if a new Kiwi deal approach will fly. (By Antony Currie)

His latest effort is just 38km from Macau. The Hong Kong listco will own the assets, not the U.S.-listed $8 billion operating company that controls its casinos. That will play well with regulators when the world’s largest gambling hub starts the rebidding process for licences in 2022: They want operators expanding beyond baccarat into family-friendly activities and forging stronger ties with the mainland and Greater Bay Area. The investment could be a success in its own right, too. Although a 2025 completion date means it may miss a post-pandemic craze for amusement parks, China’s domestic tourism is growing fast. (By Katrina Hamlin)

Game on. Electronic Arts is trying to assemble a dream team. The $40 billion video-games developer on Wednesday agreed to buy Playdemic, the studio behind the “Golf Clash” smartphone hit, for $1.4 billion. At up to 7 times sales, per Cowen estimates, the valuation is a premium to EA’s own 5 times.

While strong in consoles and personal computers with its FIFA soccer and Madden NFL football titles, EA is notably weak in mobile. It was one of the few to suffer a decline in such revenue during the pandemic. It’s trying to bulk up, however. Earlier this year, EA snapped up GluMobile for $2.1 billion, following a $1.2 billion takeover of car-racing game specialist Codemasters.

Competition with Take-Two Interactive, which EA outbid for Codemasters, is intense. Its smaller peer recently acquired a mobile soccer game and has developed other sports games. It’s a losing rivalry for now: Both companies’ shares have underperformed the S&P 500 index over the past year. (By Robyn Mak)

A photo illustration shows a doctor with a stethoscope in Bordeaux, France, January 7, 2015.