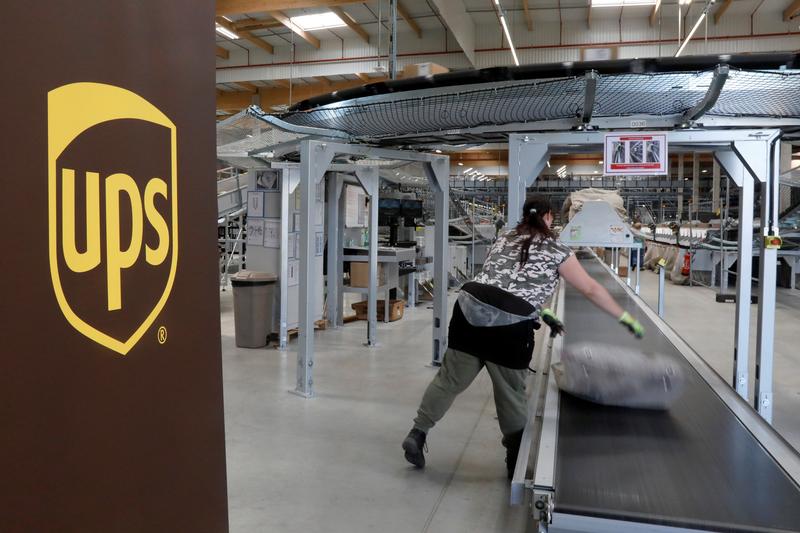 Second chances. There was once a theory that meme-stock investing was a battle of good versus evil: retail investors driving up shares that unscrupulous short-selling hedge funds had tried to drive down. The 60% surge in the stock price of private prison operator GEO Group on Wednesday makes the morality tale hard to sustain.

GEO and rival CoreCivic have been walloped by President Joe Biden’s decision not to renew many of their federal contracts. Both were diversifying into other areas like halfway houses, but the transition is slow, and banks are reluctant to lend. GEO halted its dividend in April. One-third of its shares are out on loan, according to Refinitiv, suggesting many investors are betting against any turnaround. With $2 billion of debt due by 2024 and under $400 million of annual EBITDA, their pessimism is understandable.

If the rally continues, perhaps GEO could issue stock at an inflated value, as fellow meme AMC Entertainment did, pay down debt, and invest in something less entwined with human misery. That, though, is probably as far-fetched as the social-media fairy tale that created meme stocks in the first place. (By John Foley)

Brown is down. United Parcel Service had a good pandemic as business boomed in everything from online shopping to vaccine delivery. Its shares soared 90% in the year to Tuesday, with the company reaching a $183 billion market value. Wednesday’s investor day, in which Chief Executive Carol Tomé presented the company’s “Better, not Bigger” strategic framework, didn’t go over so well. Investors sent the stock down 5% by mid-afternoon.

UPS is going to concentrate on more lucrative packages such as those sent by small businesses and healthcare companies. The goal is to ensure deliveries are on time and to increase returns on invested capital from 22% in 2020 to as high as 29% in 2023.

Revenue should still grow more than 6% annually, about half the rate of the U.S. small package market. Forgoing some business from bulk shippers like Amazon.com might not matter immediately. But Jeff Bezos’s giant is investing in everything from airplanes to self-driving vehicles. The danger is that Amazon could create a logistics system to rival UPS and FedEx combined. That may make it just as hard to be better as bigger. (By Robert Cyran)

Calling card. Amazon.com is taking its branding muscle for a spin. The e-commerce giant is auditioning potential credit card partners to replace JPMorgan, Reuters reported on Wednesday. Dramatic shifts in plastic make it a good moment for Jeff Bezos’s firm to shop around, and for Jamie Dimon’s bank to let it.

Credit cards are one of the most lucrative bits of consumer banking, typically yielding twice as much as regular loans. But slapping on a name like Amazon comes at a price, in the form of rewards and payments to brand owners. At Citigroup, revenue from third-party cards fell 26% in the first quarter, year-on-year. Interest income fell, but payments to partners went up. Credit card companies have seen consumers pay off balances at an unprecedented rate during Covid-19.

That means specialist card firms like Synchrony Financial and American Express have even more need for new customers. And partners with name recognition can push for a bigger share of the pie. For the colossal JPMorgan, Amazon only represents around 1.5% of the overall loan book. This is a fight it can afford to sit out. (By John Foley)

One of a kind. The sale of the world’s most expensive postage stamp will test the value of shared ownership. London-listed philatelic specialist Stanley Gibbons on Tuesday paid $8.3 million for a British Guiana One-Cent Magenta stamp, issued in 1856. The company, which has a market value of just $19 million, wants to make the stamp more accessible by selling fractional shares, allowing owners to admire it digitally and profit from future increases in its value.

It’s an admirable attempt to cash in on the vogue for digital assets. But Stanley Gibbons faces a hard sell. The sale price at a Sotheby’s auction was below the $9.5 million the stamp fetched in 2014. It’s one of the few rare assets that has not soared in value in recent years – prices of luxury collectables on average doubled in the past decade, according to Knight Frank. Stanley Gibbons is funding its purchase through a five-year interest-free loan from its majority shareholder. Stamp collectors are enthusiasts for specimens with errors. This could also be a mistake. (By Karen Kwok)

Of cars and chips. Ferrari has chosen a driver to steer it through its technological challenges. The $42 billion luxury carmaker on Wednesday picked Benedetto Vigna as its new chief executive, filling a gap created by Louis Camilleri’s sudden departure in December. A long-term executive at chipmaker STMicroelectronics, Vigna has no direct experience of luxury goods or the automotive industry. But his semiconductor expertise and innovation credentials make him well-placed to help Ferrari move away from combustion engines.

Vigna, who run STM’s largest and most profitable division, is a physicist who understands electronics and precision engineering. His most immediate challenge will be to navigate the shift to battery power. Ferrari already produces hybrid models, including the 430,000-euro SF90, but it has yet to unveil a fully electric car. Preserving Ferrari’s premium pricing and profit margins may be a bigger challenge than the science. (By Lisa Jucca)

Mixed messages. The People’s Republic has an unusual inflation problem. A commodities rally exacerbated by domestic speculators pumped up the producer price index by a whopping 9% in May, the fastest gain since 2008. Consumer inflation, on the other hand, rose a tepid 1.3%. Companies appear unable to pass higher costs onto their customers.

The surge is a partial by-product of Beijing’s pandemic package, which relied on its standard playbook focused more on credit-fuelled infrastructure investment than transfers to consumers. Excess liquidity has flowed into real estate, pumping up demand for steel and glass; increased energy use has pushed up thermal coal prices. Higher interest rates might help, but hiking them would be extremely risky given factory output and retail sales both slowed in April.

Administrative measures against property and commodity speculation have had limited effect. For now, PPI will keep deducting from China Inc’s bottom line. (By Pete Sweeney)

First cut. BBVA has started what is likely to be a spate of post-pandemic redundancies at European banks. Late on Tuesday the Spanish lender run by Carlos Torres agreed to lay off 2,935 employees, a tenth of its domestic workforce. It’s the first such shrinkage BBVA has pushed through without an M&A deal in recent history. Projected savings of 250 million euros, taxed at 28%, should raise forecast 2022 net income by 5.5% to about 3.5 billion euros.

Though the layoffs will cost BBVA a hefty 245,000 euros per employee on average, other lenders will surely follow. Iberian peer Caixabank is in negotiations to axe nearly a fifth of workers following a merger with Bankia. And HSBC has cautiously revived a pre-pandemic plan to shed around 35,000 jobs. BBVA’s 55% cost-to-income ratio in Spain last year was already better than the European Union average of 65%. As rock-bottom interest rates squeeze revenue, EU bank bosses will sharpen their knives. (By Christopher Thompson)

Semi-sparkling. Hong Kong-listed Chow Tai Fook Jewellery is regaining some sparkle. And it’s nothing to do with why the $19 billion jeweller’s profit jumped 108% for the year ended March: a one-off rent concession, unrealised gains on gold loans, and a helping hand from foreign-exchange rates.

Instead, it’s because the company’s mainland-focused strategy appears to have paid off. Although the seller of precious gems believes the domestic market in Hong Kong and Macau has bottomed out, it still closed five points of sales in the financial hub in the past fiscal year, including in the highly frequented Tsim Sha Tsui and Causeway Bay shopping districts.

Whether tourists return to Hong Kong and Macau in droves won’t matter much either way. Mainland China accounted for 85% of revenue in the year to the end of March. Chow Tai Fook now trades at some 25 times forward earnings, more than double rivals Luk Fook and Chow Sang Sang. That’s some superior bling of its own. (By Sharon Lam)

Know your customer. The Federal Bureau of Investigation has been running a startup that would put Silicon Valley to shame. ANOM is a three-year-old joint venture with Australia’s Federal Police, 9,000 law-enforcement officers from 17 countries and a drug-trafficking smartphone-developer turned informant.

It tapped into the booming market for secure apps and devices. Just this Monday Apple touted its “legacy of privacy leadership” by showcasing new data-protection features.

The FBI’s crooked punters paid $1,700 for an encrypted device boasting a bespoke messaging app and a six-month subscription. It’s the type of hardware-meets-software business model that low-margin handset makers like China’s Xiaomi aspire to.

Word-of-mouth marketing would have kept costs low. ANOM’s active users tripled within months, helped by competitors routinely being shut down.

With tonnes of drugs seized, hundreds of people arrested and a treasure trove of criminal underworld data, the FBI probably hit its returns targets – with some ESG kudos to boot. Only trouble is, it’s a hard model to replicate. (By Robyn Mak)