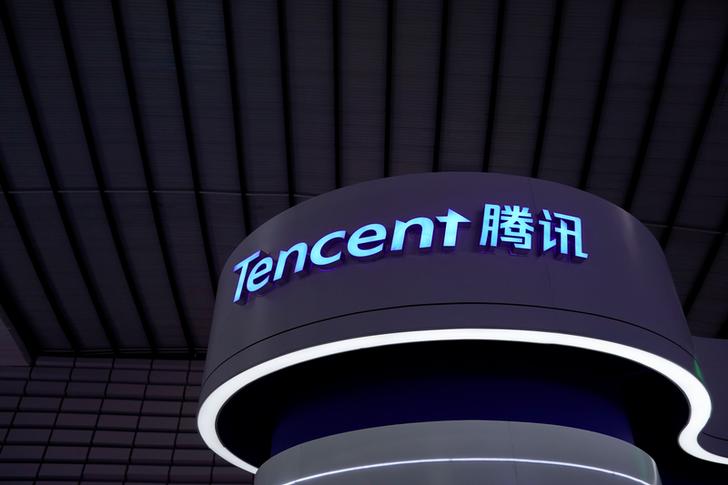 Paper tiger. When China messes with U.S. companies, the White House has three tools at its disposal: shame, tariffs and sanctions. Only the last one might work, and it’s the hardest to deploy.

The United States, European Union, Japan and other allies on Monday called out Beijing for a hack of Microsoft email software that affected thousands of businesses. Censure isn’t likely to outweigh the benefits of obtaining trade secrets, though. Tariffs may be another option, but they hurt American consumers too, as Treasury Secretary Janet Yellen noted last week.

Sanctions, meanwhile, have been effective in the past. In 2015, the Barack Obama administration moved to cut off Chinese companies benefiting from hacks from the U.S. financial system until Beijing pledged to rein in cyber attacks. That worked for a while, though incursions picked up again after Donald Trump took office in 2017.

The problem is that China can easily retaliate against sanctions. Brands with a big presence there, like Apple or Starbucks, may be hurt. Sure, Washington can punish individual ransomware groups. But overall, companies will be largely left to bolster their own defenses. It’s in the profit margins of vulnerable firms that hacks will hit home. (By Gina Chon)

Finding a balance. Tencent is placing a heavyweight bet on UK game developer Sumo. The $680 billion Chinese technology giant announced on Monday that it was acquiring the Sheffield-based company for 919 million pounds ($1.3 billion), having previously held a 9% stake.

Ownership of Sumo will help grow Tencent’s revenue from outside China, where the company recently saw its plan to merge gaming streaming companies Huya and DouYu blocked. But the chunky premium could yet throw the deal’s economics off balance. Tencent is paying 36 times Sumo’s 2021 EBITDA, according to Refinitiv forecasts, versus an average of 20 times for UK peers. Taxed at 19%, Sumo’s expected 2021 EBIT of 19 million pounds would yield a return on invested capital of under 2% on the purchase price. To have any hope of justifying its acquisition, Tencent will need to steer Sumo from making games for other companies to the more profitable but trickier business of creating its own hits. With shares in Frontier Developments, another British developer in which the tech giant holds a 9% stake, also leaping by almost a tenth on Monday, investors are hoping for more Tencent padding elsewhere. (By Oliver Taslic)

Crude health. Saudi Arabia has wised up. The de facto leader of the 13-strong Organization of the Petroleum Exporting Countries, plus 10 allies including Russia who collectively constitute “OPEC+”, agreed on Sunday to end output cuts in late 2022 instead of next April. The quid pro quo for a deal that will help them to navigate the uncertain course of the pandemic: Riyadh reluctantly allowed an increase in Abu Dhabi’s production.

This makes Saudi look a bit weak. But the kingdom and Russia will also be allowed to pump more, while Abu Dhabi didn’t get as much of an increase in its allocation as it wanted. The alternative to compromise was seeing the United Arab Emirates flounce out, the OPEC+ deal implode, and over 5 million barrels of daily production flood the market. That would have triggered a far bigger decline in oil prices than Monday’s 2.5% drop to below $72 a barrel, which may also reflect renewed fears over virus hits to demand. It was smarter for producers to slowly add 2 million barrels a day by the end of 2021, and enjoy the fact that green considerations are reducing non-OPEC producers’ scope to grab market share. (By George Hay)

Up in flames. Ocado’s robot fire woe may smoulder long after the flames were snuffed out. The 13 billion pound grocery delivery group said on Friday it battled a blaze in its centre in southeast London, its second major incident in just three years. Chief Executive Tim Steiner said the fire appeared to have been caused by a collision of three robots on the warehouse’s grid system. Ocado shares fell 3% on Monday morning.

The incident raises short- and long-term issues. The company was forced to cancel thousands of customer orders, which will hit sales. The bigger question mark, though, is over the company’s technology, which it sells to the likes of U.S. grocer Kroger. Hopes for future demand are the reason Ocado’s enterprise value is about 170 times expected EBITDA for the year to November. New questions about safety could singe that valuation. (By Aimee Donnellan)

Hold the phone. The scary call to Telstra is coming from inside the house. The A$45 billion ($33 billion) Australian telecommunications operator on Monday confirmed media reports that it was in talks to buy Digicel Pacific businesses in Fiji, Papua New Guinea and other nearby islands in partnership with the government Down Under.

Financially speaking, the deal would be minor. Digicel Pacific generated about A$320 million of EBITDA in 2020, only about 4% of what analysts expect Telstra to earn in the year through June. And in any case, Australian taxpayers probably would pick up most of a potential A$2 billion tab.

The concern for shareholders should be the precedent. Canberra appears to be enlisting a private company solely to prevent Digicel Pacific from winding up under Beijing’s control following anonymous source-based reports of Chinese interest. There’s little obvious strategic value for Telstra; indeed boss Andrew Penn is supposed to be slimming down in a restructuring. Answering this call risks making the next one more alarming. (By Jeffrey Goldfarb)

Grand hopes. Heavily indebted companies don’t usually send their shares soaring by diverting precious funds for a special dividend. China Evergrande, however, jumped 9.5% on Friday after the $17 billion developer said it would consider a payout. The odd reaction appears to be driven by speculation the distribution would not be cash, but shares in one of its other holdings – perhaps the $25 billion Evergrande New Energy Vehicle Group. Shares in New Energy Vehicle fell as much as 11% in early Monday trading.

Selling part of its 65% holding in the clean-car operation could do more than prop up Evergrande’s shares: if it hands out enough, it could deconsolidate the stake, wiping 72 billion yuan ($11 billion) off its reported debt, according to analysts at CCB International. Founder Hui Ka Yan’s endless capital markets manoeuvrings and his struggles to meet Beijing’s curbs on developers’ leverage are well known. Evergrande’s Friday rally already looks to be unwinding, with shares down 6% in morning trade. It will take more than paper shuffling to impress Evergrande’s long-suffering shareholders. (By Jennifer Hughes)