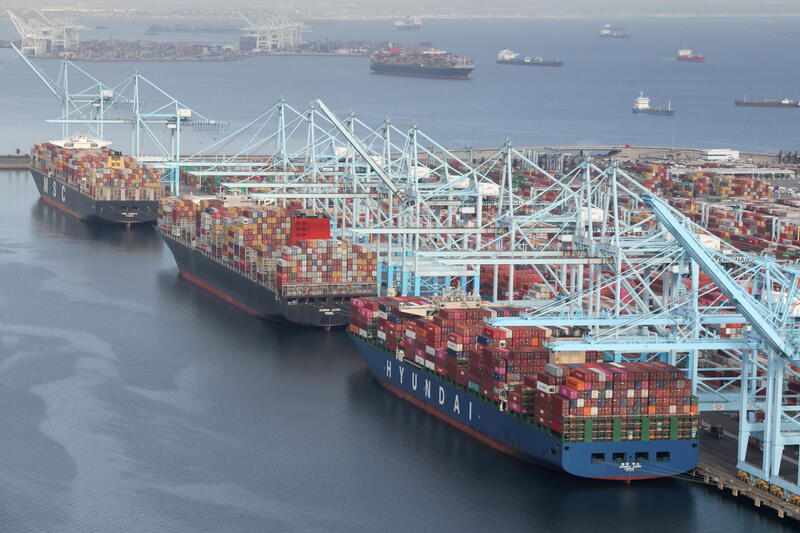 Holding back. A U.S. economy growing at a healthy pace could be even more robust. GDP jumped at a 6.5% annualized rate in the second quarter, according to an initial estimate from the Commerce Department, compared with an 8.5% projection from economists surveyed by Reuters. Supply chain constraints weighed on the expansion.

The bump spurred output to above pre-pandemic levels. Still, the economy isn’t meeting its full potential. The U.S. trade deficit grew by 3.5% from May to June to $91.2 billion, with imports of food and industrial products leading the way. Supply bottlenecks had caused lumber and other goods prices to skyrocket.

The boost from $1,400 individual government stimulus checks in March also largely disappeared. Disposable personal income fell 26% in the second quarter while savings fell by half. Economists expect 7% growth this year, which would be the strongest pace since 1984. But shortages in certain goods could keep it from roaring even louder. (By Gina Chon)

Re-birth. Shares in China Renaissance leapt 10% on Thursday after the investment bank said its year-on-year profit would almost treble to 1.2 billion yuan ($185 million) in the six months to June. Its now-profitable securities unit and its private equity funds both helped. But the full update, due next month, is likely to show the investment bank was a key driver.

The tech-focused lender rose to 11th in the league table for offshore Chinese equity offerings so far this year, up from 18th in 2020, per Dealogic. The data provider calculates the bank has so far earned $30 million in fees, just shy of its takings for all of 2020. Yet Chinese listings have dried up this month following a series of crackdowns by Beijing on various sectors, including questions about the structure used by many firms to list offshore. Bankers expect a recovery of sorts as investors settle down, but chances are the second-half showing won’t be so exuberant. (By Jennifer Hughes)

Pricey prescription. Australia’s pharmacy industry could be next in line for a bout of M&A fever that infected betting, mortgage and agriculture companies this year. On Thursday Australian Pharmaceutical Industries rejected an informal A $687 million ($505 million) offer from conglomerate Wesfarmers. The target’s stock, already just above the 21% premium on the table, nudged higher.

There’s a good chance a third party, Sigma Healthcare, enters the race. It and API tried to merge in 2018. At the time, they reckoned they could cut A$60 million in annual costs. Taxed and capitalised, that’s A$420 million, enough to cover a premium of some 70% to API’s undisturbed share price, Breakingviews calculates.

The $51 billion Wesfarmers would probably have the upper hand, both due to its size and to securing the support of the 20% stake held by API’s largest shareholder. A Macquarie fund had similar support in its pursuit of Vitalharvest Freehold Trust – but was successful only after a 19-round bidding war. That’s a shot in the arm only API would want. (By Antony Currie)

Shipping containers are unloaded from ships at a container terminal at the Port of Long Beach-Port of Los Angeles complex, amid the coronavirus disease (COVID-19) pandemic, in Los Angeles, California, U.S., April 7, 2021.