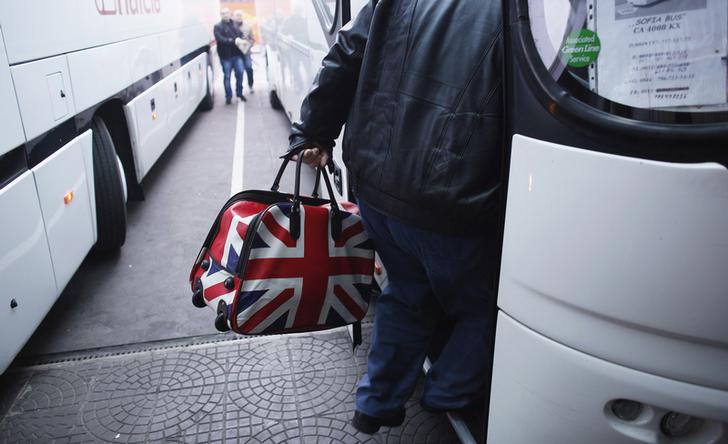 The following is a fictional memo from the office of the chief executive of a big American bank to employees sent on the occasion of the British referendum on European Union membership:

You are by now aware of the British electorate’s vote last night to leave the European Union. While we had hoped for a different outcome given our considerable investments in the United Kingdom, we have been preparing for this possibility for the past two years. Fortunately, we are in a position to act quickly.

Thanks to the work done by our “Brexit Task Force,” which we formed in late 2015, we have architected a cross-platform contingency plan that will see many of the functions now performed by the London-based broker-dealer migrate to regional EU centers. While this transition will not be simple, and there will be some employee dislocation, we expect clients will not notice a significant difference.

In the past 12 months, the company has invested $50 million in scenario planning related to the referendum. As part of that process, we have effectively routed nearly 85 percent of the bank’s retail and commercial lending activities through our Dublin-based banking subsidiary.

Our facilities management team has procured options on additional office space in preparation. Front-office customers will be served from our Client Performance Hubs in Frankfurt and Madrid. Support and administrative functionality will gravitate towards our Center of Compliance Excellence in Gdynia.

Overall, we expect to migrate less than 20 percent of our current operational workforce in the UK, numbering about 5,600 people in total, over the coming two years.

Many of you have asked why we did not campaign harder for Britain to stay in the EU given the investments we have made in the City of London over the past few decades. The short answer is that we felt the optics of a large Wall Street bank visibly trying to sway opinion would backfire. The financial services industry is still rebuilding public trust after the 2008 crisis.

We had hoped that Prime Minister David Cameron’s efforts to renegotiate the terms of Britain’s membership in the EU would bear fruit. Unfortunately, the numerous attacks perpetrated in many European cities in recent months by supporters of the so-called Islamic State have weakened the domestic political positions of German Chancellor Angela Merkel and other counterparties critical to the reform process.

I appreciate your patience as we work towards a new, dynamic operating structure for the bank in Europe. The Brexit Task Force will be toiling diligently to identify which positions in London may be transferred to the continent on a going-forward basis, and to plan for the effect of lifting the financial transactions tax, and the cap on banking bonuses for UK-based employees.

In the meantime, I urge you to continue your dedication to serving our customers and to upholding the value principles of the bank. Britain’s participation in the EU may draw to a close, but business continues as normal.