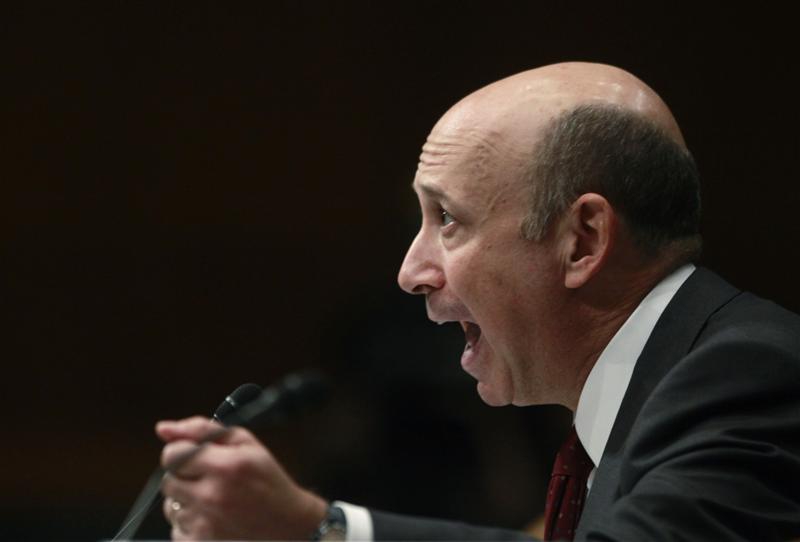 Goldman Sachs has resisted calls to separate the chairman and chief executive roles for years. But there may now be a convenient, if self-serving, reason for the board to do so. Surrendering the CEO title, while remaining chairman, would enable Lloyd Blankfein to gracefully move on after six mostly productive years and put the onus on his presumptive successor, Gary Cohn, to carve his own path.

Blankfein should appreciate the merits of splitting the positions. While he presided over Goldman’s fattest years financially, he also has guided it through difficult regulatory, political and reputational shoals, where having a supportive chairman for some cover might have come in handy.

At 57, he isn’t necessarily in any evident hurry to relinquish duties running the $57 billion bank. For starters, there are still questions about Goldman’s business model in a Dodd-Frank world. The proprietary trading and principal investing operations that helped it achieve a record $13.4 billion profit in 2009 will be effectively banned by the Volcker Rule.

And while Goldman’s book value has doubled under Blankfein’s watch, investors aren’t giving him credit for the accomplishment. Trading around $115, Goldman shares have fallen about 25 percent since Blankfein took over for Henry Paulson. He might find leaving now too ignominious an ending. Stepping up as chairman, though, might be more palatable, especially as the stock gets within striking distance of book value – a signal of investor trust in the health of Goldman’s balance sheet.

Ascending to chairman-only is a half-step in pure governance terms. It is expressly frowned upon (and virtually forbidden) in Britain – and for good reason. A former CEO can stay the hand of a successor, particularly on decisions about strategy or personnel. But it has been done to reasonable effect on Wall Street, most notably at Morgan Stanley.

What matters most is who becomes CEO. Given the front-runner appears to be Blankfein’s long-time deputy, Cohn, the danger of the chairman overstepping his boundaries might be less of a concern. The bigger problem would be whether the new boss can bring enough creative thinking of his own to lead Goldman through a different, more trying, era.