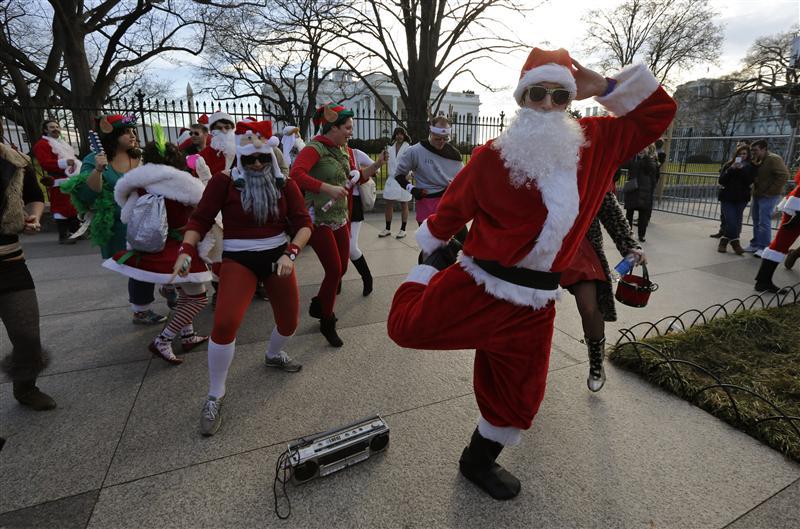 After another thin and bumpy year for betting on M&A, one desperate European merger arbitrageur wrote to Santa. Breakingviews obtained a copy:

Dear Santa,
I usually only write to fund investors. But after a testing year for merger arbitrage, I thought it was time to broaden my letter-writing strategy.
As is the custom, I should start by stressing how good we’ve been this year. We’ve been nice to our new hire, the astrophysics nerd. We’ve sworn off trading based on market-report chatter. We hired more compliance guys. We’re even thinking of tweaking fees.

With all that in mind, here’s what I’d like for Christmas: More deals. More big, public deals. Ones that don’t fall over, either. I’m not asking you to magic deals from nowhere. But as a “thought leader”, could you nudge company directors to, you know, seize the day a bit? Their wariness feels like one of the biggest obstacles. I’m sure you have ways to influence the debate. Maybe include notes with the presents you deliver – or a few well-chosen words at Davos, which I gather you attend as a top-level delegate, could also help.

It wasn’t pretty, but Glencore basically saved European M&A this year. An encore with Anglo American would be great. How about a big consumer goods deal too, then? Could AB InBev be ready to swallow SABMiller? How about a Reckitt-Colgate merger? Some chunky buyouts would be nice as well. Bond markets would be more than happy to help. And it’s encouraging to see timeless classics like Marks and Spencer, ITV and United Utilities being talked about again.

A second thing. Politicians and regulators have been more than a bit awkward. Did Brussels really need to frighten Mayfair so much by almost killing UPS-TNT, just to keep Europe’s “international express small package market” tickety-boo? I know international delivery is one of your things, could you have a word? And more generally, could you get the guys to lighten up a bit? You’re a monopoly operator: living proof that it ain’t all bad. Just get them to show a bit more belief.

If there’s any way you can help, all of us here at Herald Angel Capital would be most grateful.

Risk arbitrage funds, which bet on mergers, made a 1.29 percent return in the first 11 months of 2012, according to hedge-fund data compiled by Dow Jones and Credit Suisse.
The performance lags a 6.1 percent return for the wider Dow Jones Credit Suisse Hedge Fund Index, and an 11.17 percent return for the Dow Jones World Index. The strategy returned 0.80 percent in 2011 and 3.17 percent in 2010.
Global mergers and acquisitions totalled $2.22 trillion in the year to Dec. 6, marking a 6 percent decline versus the same period in 2011, Thomson Reuters data show.