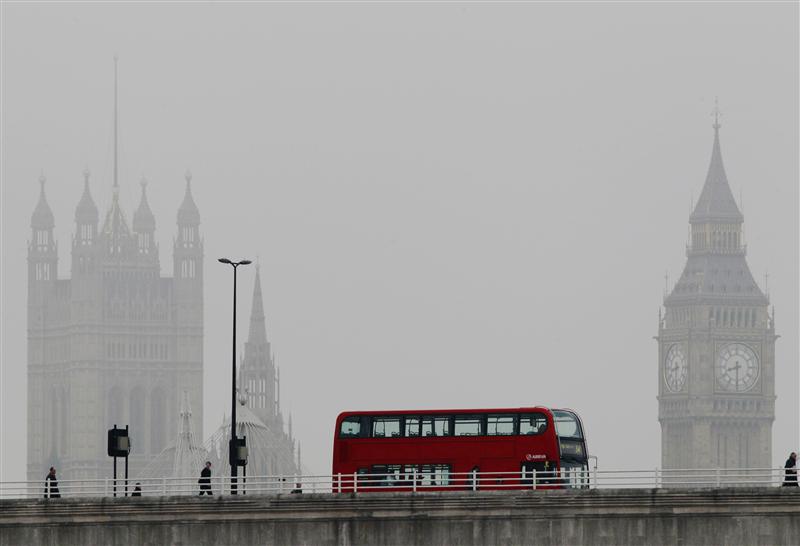 The usual British definition of a recession – two consecutive quarterly declines in GDP – is misleading. By the more meaningful American standard of “a significant decline in economic activity”, the UK cannot enter its third recession since the 2008 financial crisis – even if GDP falls in the current quarter, as it did in the last three months of 2012.

A triple dip is impossible because the British economy is actually stuck in one long recession. Fourth-quarter GDP was almost identical in 2012 and 2011 – about 2 percent higher than at the post-crisis trough and 3.4 percent lower than the all-time high in the second quarter of 2008, according to a preliminary estimate from the Office of National Statistics.

The stagnation will not last forever. An increase in the British population and the development of new technology will be enough to bring back GDP growth – if not in 2013 then a year or two later. But however long the dull period lasts, it has already gone on for enough years to show that the British economy lacks resilience and flexibility.

GDP should have recovered much faster after the financial sector’s 2008 woes, just as the trade balance should have improved more dramatically after a 20 percent fall in sterling, which started in 2007. Official austerity is no excuse for a lack of growth – the UK recovery has lagged despite a more aggressive monetary policy than the euro zone and higher fiscal deficits than all but the most troubled members of the EU.

Financial excess was a special drag for the UK, but the main impediments to growth are institutional. Among developed countries, Britain is a laggard in professional education and planning regulations. Investment has long been inadequate, the credit system fails small businesses and the government’s economic policies have been incoherent.

These structural weaknesses have developed over a long time and – as any Greek or Italian could explain – are not easily corrected. Unless the UK makes a serious effort to improve its institutions, the recovery – whenever it comes – will be subdued. It could feel depressingly like another recession.

UK GDP declined by 0.3 percent from the third to the fourth quarter of 2012, according to the first estimate of the official Office of National Statistics.

UK GDP declined by 0.3 percent from the third to the fourth quarter of 2012, according to the first estimate of the official Office of National Statistics.