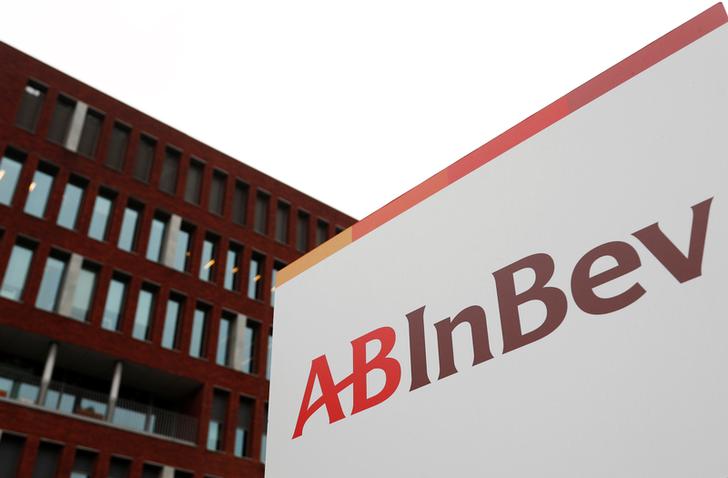 The $95 bln drinks group reported a smaller-than-expected slump in second-quarter sales. Improved performance in June was down to restocking but the rebound will be slow. While pubs are reopening, coronavirus-wary drinkers aren’t returning in droves. Real cheer is some way off.

The logo of Anheuser-Busch InBev is pictured outside the brewer's headquarters in Leuven, Belgium February 28, 2019.

Anheuser-Busch InBev on July 30 reported second-quarter revenue of $10.3 billion, down nearly 18% from a year earlier.

The company-compiled consensus forecast of analysts had been estimated for a 23% decline.

The world’s biggest brewer said there had been an improvement as the quarter progressed with April volumes down 32.4%, May volumes declining 21.4% and June volumes up 0.7%.

The company said it had conducted a review of the impact of the pandemic on its business. Under a worst-case scenario, to which it assigned a 30% probability, it said it risked impairment in Africa and decided to take a $2.5 billion non-cash charge.