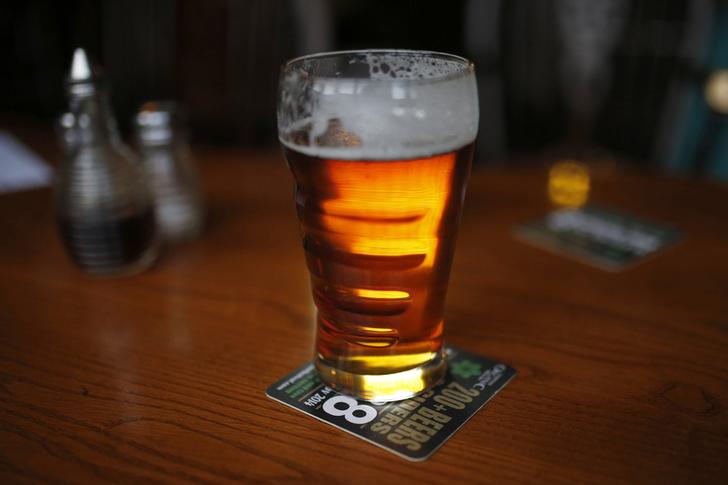 Haste has forced Anheuser-Busch InBev into a discount Chinese sale. The beer giant is offloading SABMiller’s share of a joint venture that owns China’s biggest brewer for just $1.6 billion. Though the price is low, at least the deal makes it easier for Beijing to approve AB InBev’s huge takeover of SAB.

Shares in China Resources Beer soared as much as 30 percent after the Hong Kong-listed brewer announced on March 2 that it was buying the 49 percent of CR Snow it did not already own. No wonder: CR Beer is clearly getting a bargain. Before the announcement its own market value, which is based on its 51 percent stake in the joint venture, was $4 billion. Sector-watchers had expected it to pay a big price to take full control. Back in November, analysts at Bernstein estimated that even a forced sale would fetch $5.5 billion.

Instead, AB InBev is selling out at a valuation of just 5.2 times 2016 EBITDA, on Mizuho estimates. That’s very watered-down by the standards of the beer industry, where takeover multiples in the teens are the norm.

The disappointingly low valuation is offset by richer prices from AB InBev’s other disposals of SABMiller brands, notably the $3 billion sale of Peroni and Grolsch to Asahi of Japan. The joint venture contract, which gave CR Beer “certain rights” following a change of control at its partner, may also have limited AB InBev’s bargaining power.

But a couple of other factors are probably at work, too. There were few other obvious buyers for the stake, and CR Beer, which is backed by the Chinese government, was unlikely ever to cede control. That’s a big downer for AB InBev, which cannot work its cost-cutting magic on minority investments.

Most importantly, AB InBev Chief Executive Carlos Brito’s main priority must be to complete the acquisition of SAB and start integrating the roughly $100 billion deal. But China’s competition watchdog, which must approve the mega-merger, would not have signed off while the brewing giant was quibbling with CR Beer. And if AB InBev decided to stick with the joint venture, the combined group’s 37 percent share of the Chinese market by volume would have triggered closer antitrust scrutiny. It was time to put down that drink.

The view and context have been corrected to make clear the sale agreement is with Anheuser-Busch InBev, not SABMiller.

China Resources Beer said on March 2 it had entered into an agreement with Anheuser-Busch InBev to buy out SABMiller’s 49 percent stake in CR Snow, China’s biggest brewer by volume, for $1.6 billion.

The stake is being sold as part of the $100 billion-plus takeover of London-listed SAB by ABI, the world’s largest brewer.

China Resources Beer said on March 2 it had entered into an agreement with Anheuser-Busch InBev to buy out SABMiller’s 49 percent stake in CR Snow, China’s biggest brewer by volume, for $1.6 billion.

The stake is being sold as part of the $100 billion-plus takeover of London-listed SAB by ABI, the world’s largest brewer.