Keep a lid on it 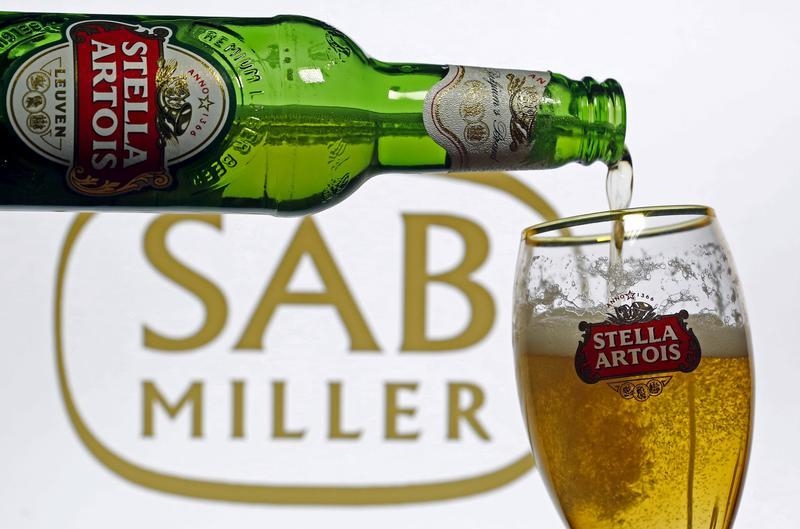 Anheuser-Busch InBev’s cost-cutting skills are renowned. The $192 billion beer giant ought to play that down as it unveils the details of its takeover offer for SABMiller, assuming it meets a Wednesday afternoon deadline. Come on too strong, and its target’s shareholders will think they are getting a second-rate deal.

Since the two beer makers agreed in principle to combine on Oct. 13, SAB’s shares have hovered at a 10 percent discount to AB InBev’s 44 pound ($66.46) per share cash offer. But as the market has digested the implications of a tie-up, which could yet take a year to complete, the Budweiser brewer’s shares have climbed 10 percent. That has added $19 billion of extra value for AB InBev’s shareholders.

If AB InBev’s shares keep rising, things could get awkward. Any uplift related to the prospects of the merged group goes to AB InBev’s owners, not SAB’s public shareholders. A bullish forecast on synergies, or better-than-expected proceeds from selling units like the joint venture with Molson Coors Brewing, would drive up AB InBev’s shares further, while SAB’s loitered at their current level. At some point, the target’s shareholders would probably protest.

There’s a further catch. A cash-and-shares option allows big SAB shareholders Altria and BevCo to accept stock in AB InBev and minimize their tax bill. This offer was cleverly pitched at a discount of over 10 percent to the cash price so that no one else would want it. As AB InBev stock has risen, that discount has more than halved. The shares are still unattractive because they are unlisted and can’t be traded for five years. But a much stronger AB InBev share price could tilt the balance for some.

These things are a nuisance, not a dealbreaker. A merger of AB InBev and SAB still looks better done than not. But when deals drag on, bidders can find well-laid plans are held hostage by market forces – both on the upside and the downside. AB InBev has good reason to subtly play down its prospects.

Anheuser-Busch InBev faces a deadline of 5 p.m. GMT on Nov. 11 to make a firm offer for its UK rival SABMiller, under the terms of the UK’s takeover code. The Budweiser brewer secured board approval in principle from SAB on Oct. 13 for a deal that would value its target at around $105 billion.

The deal would include both a cash option and a less valuable cash-and-shares alternative. Investors could choose either 44 pounds in cash per SAB share, or a combination of 3.78 pounds in cash plus 0.48 unlisted shares in AB InBev, which they would be forced to hold on to for five years.

The offer would be dependent on SAB shareholders Altria and BevCo, which together own just over 40 percent of the stock, opting for the cash-and-share offer, which was worth 41.86 pounds per SAB share on Nov. 10 – a 5 percent discount to the cash offer.