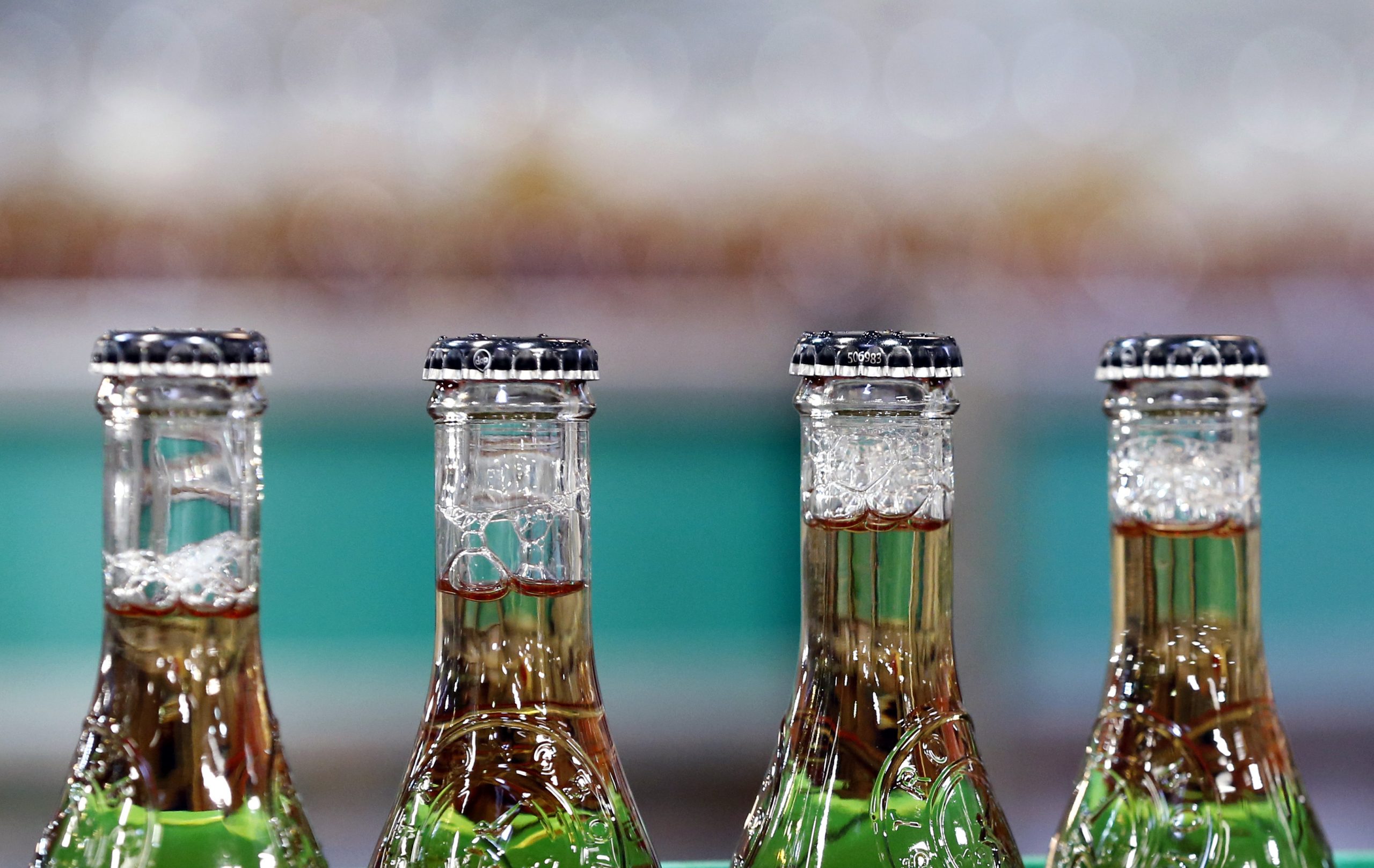 The world’s biggest brewer’s $11 bln sale of its Australian unit to Asahi has been challenged by the country’s watchdog. Its tough stance on beer and cider competition may hurt boss Carlos Brito’s plan to cut debt. The Corona-maker has other options, albeit less appetising ones.

Cider bottles are seen on the production line at the Stassen brewery in Aubel near Liege December 10, 2012.

The Australian Competition and Consumer Commission, in a preliminary view on Dec. 12, said the deal will reduce competition in the cider market and may also do so in the beer market, adding it will make a final decision in March.

AB InBev agreed to sell the business, which is called Carlton & United Breweries and was acquired from SABMiller in 2016, in July 2019.

“A combined Asahi-CUB would control the Somersby, Strongbow, Mercury and Bulmers cider brands, which account for about two-thirds of cider sales. We are concerned that the proposed acquisition may lead to higher cider prices.”