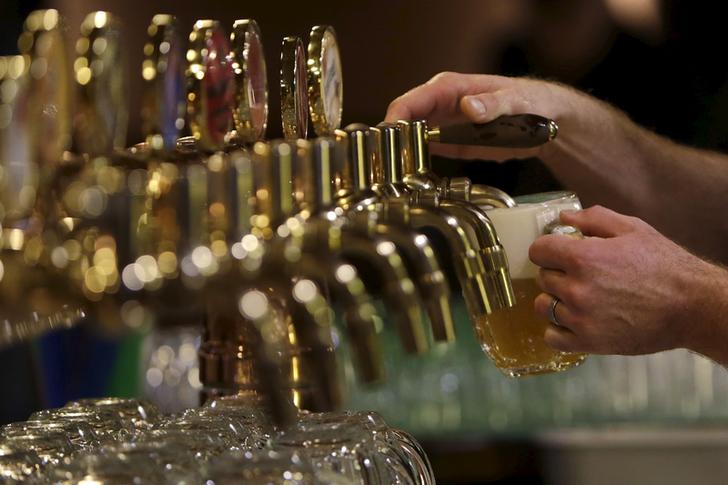 Budweiser’s purchase of SABMiller may end up being a breakup. Anheuser-Busch InBev, which agreed to buy SABMiller in October, is considering selling the Peroni and Grolsch brands to speed antitrust clearances, according to The Sunday Times of London.

It seems an odd move. SABMiller touted Peroni and Grolsch as two of its four global brands in the annual report it prepared just before the Budweiser brewer announced its acquisition plans. Miller Genuine Draft – a third label SAB deemed “global” – is also slipping from AB InBev’s grasp. As part of the main $107 billion deal, AB InBev offloaded its North American venture with Molson Coors to its partner for $12 billion.

If Peroni, Grolsch and Miller Genuine Draft all go away, that leaves Pilsner Urquell as the only global SAB label adopted by AB InBev. Beijing may demand disposals, too, if it’s worried that the acquisition of SAB’s Snow brand would give AB InBev excessive Chinese market share.

The Peroni and Grolsch competition issues are real. As well as Bud, AB InBev has Stella Artois and Corona. In markets where all five of these brands compete for business, it is hard to see how any antitrust enforcers could ignore the risk of AB InBev’s over-mighty influence.

Yet the Belgian-Brazilian bidder could try to keep the brands where there is little competition crossover. The biggest issues with Peroni and Grolsch are in Europe, where partnerships with other brewers might ease trustbuster concerns.

AB InBev will have to pull all possible levers to create value from the acquisition. Cost savings will help. AB InBev said on Nov. 11 that it expected to take $1.4 billion a year out of overhead, cuts worth around $7.5 billion in today’s money, according to Breakingviews calculations. But investors anticipate even more upside, adding over $60 billion to the value of AB InBev shares since the deal was first mooted.

The company will retain some gems. There may be enough in SABMiller’s African and Latin American business to justify the acquisition price. That emerging-market growth could be a lot easier to extract, however, with Peroni and Grolsch in the mix.

A bartender drafts a glass of beer in Plzen, Czech Republic, November 12, 2015.

Anheuser-Busch InBev, the Belgian-Brazilian brewer, is considering selling the Peroni and Grolsch beer brands that it is set to acquire as part of its $107 bln agreed takeover of London-listed SABMiller, according to the Sunday Times of London and other media reports.

The reports suggested that the potential move is aimed at assuaging concerns of antitrust regulators.