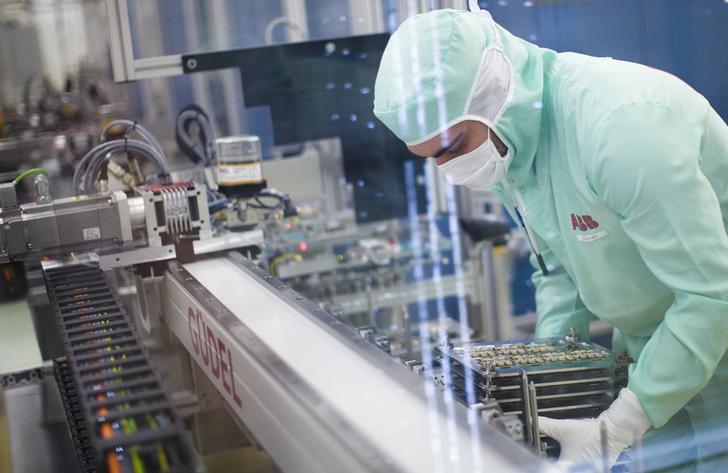 Growth, not profitability, is ABB’s key challenge. The Swiss engineer missed earnings expectations in the fourth quarter last year, but margins are rising, cost discipline is sound and a loss-making business unit has been turned around. Meeting an ambitious organic growth target of 4 to 7 percent until 2020, however, will be a harder task for Chief Executive Ulrich Spiesshofer.

The group’s 2014 results are better than the headline numbers suggest. Lower-than-expected revenue and earnings are mainly due to bewildering currency effects. ABB reports results in U.S. dollars, but books a large part of sales in other currencies like the euro. The stronger U.S. currency impacts the accounts, reducing net profit by 6 percent in the fourth quarter, but that doesn’t reflect the real operational performance.

Investors can see through this effect, as ABB’s margin increased. Income from operations rose to 10.1 percent of sales in the fourth quarter from 7.2 percent a year earlier, thanks to the successful turnaround of the Power Systems division.

After having sorted out Power Systems, CEO Spiesshofer’s attention can now shift to improving the top line. He is targeting annual revenue growth of 4 to 7 percent up to 2020. Sales excluding translational currency effects dropped 2 percent last year. A 10 percent rise in orders is promising. But maintaining that momentum may be difficult. Mining companies and utilities are skimping on capex, and low oil prices will weigh on spending in the oil and gas sector.

The risk with ambitious growth targets is that they can be achieved at the expense of profit. That’s what happened to rival Siemens under its former CEO Peter Loescher. ABB could ill-afford a similar mistake. It trades on a forward price-earnings ratio of 15.2. That is a 12 percent premium to Siemens and the wider European industrial sector, Thomson Reuters data shows. Spiesshofer should scale down his growth ambition before he falls into the Loescher growth trap.

The Zurich-based company said fourth-quarter orders fell 6 percent to $9.37 billion due to the strong U.S. dollar and a decline in large orders from the oil and gas sector, missing the $9.94 billion average of analyst estimates in a Reuters poll.

ABB’s operational EBITDA in the fourth quarter fell 3 percent to $1.38 billion while analysts had expected $1.5 billion.

ABB, which makes products such as industrial robots and power grid transformers, said it would raise its 2014 dividend to 0.72 Swiss francs per share from 0.7 francs a year earlier.