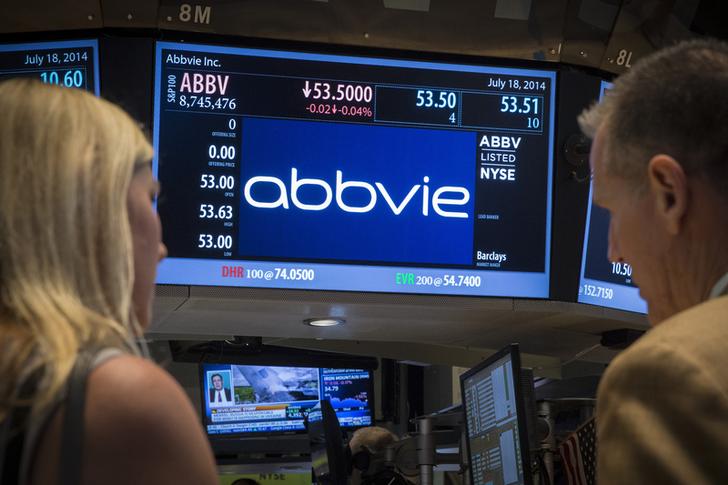 AbbVie’s chief executive may have overpaid once again. Richard Gonzalez prompted the pharmaceutical giant to cough up $1.6 billion last year to free it from its bid for Irish drug manufacturer Shire. Now the company is paying $21 billion for biotech firm Pharmacyclics, after an intensely competitive auction. AbbVie may end up with a blockbuster medicine, but at too high a cost.

Pharmacyclics’ Imbruvica has been approved for use against three types of blood cancer. That should send demand and revenue soaring if, as expected, the drug becomes the treatment of choice. If it also proves effective against other forms of the disease, sales could reach $7 billion a year, according to AbbVie.

Even that may not be enough to justify the $21 billion price tag. In 2011, J&J paid about $1 billion – including payments pegged to certain milestones – for half of any profit from Imbruvica. Nearly all of Pharmacyclics’ worth comes from its one approved drug. That means AbbVie’s deal essentially values Imbruvica at about $40 billion today.

But the primary patent on Imbruvica expires in 2026, so there isn’t much time to earn a sufficient profit on the investment. Even adding in the nearly $1 billion of cash on Pharmacyclics’ books and the value of medications in early stages of development, it’s hard to see AbbVie coming out ahead.

The drug’s potential may, of course, be greater than predicted. If the results of current tests show that it is effective against solid tumors and autoimmune diseases, for example, sales would be higher. Pharmacyclics’ development pipeline may also produce other gems.

In any event, the deal helps AbbVie diversify its offerings. Rheumatoid arthritis treatment Humira accounts for more than 60 percent of company sales, and the key patent on it is scheduled to expire next year. Another blockbuster would ease the hit to the bottom line.

Gonzalez said the auction for Pharmacyclics was “one of the most competitive” he had ever seen, with AbbVie trumping two other bidders in the final round. It’s tough to know at this stage whether the company overpaid, but Gonzalez has a history of aggressive bids. With plenty of pharma companies jockeying for ever fewer drugs, that at least should keep him in the game.

A screen displays the share price for pharmaceutical maker AbbVie on the floor of the New York Stock Exchange July 18, 2014

Pharmaceutical giant AbbVie on March 4 announced that it had agreed to buy biotech firm Pharmacyclics for $21 billion, or $261.25 a share. AbbVie will pay 58 percent of the consideration in cash and 42 percent in AbbVie stock. The price is fixed, and the stock component will float: If the acquirer’s stock falls, Pharmacyclics’ investors will receive a greater number of shares.

Pharmacyclics has one approved drug, Imbruvica. It has been approved for the treatment of three blood cancers and had sales of $729 million last year. Johnson & Johnson co-sells the drug under a licensing agreement, and the two companies split the resulting profits.