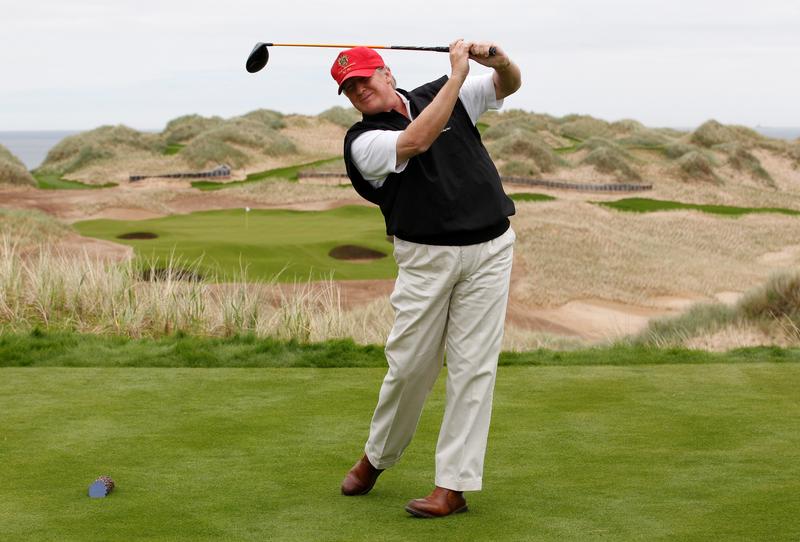 The Japanese premier has established an uncommonly good rapport with his U.S. counterpart. At their upcoming meetings, including on the golf course, Shinzo Abe would be well-served focusing on North Korea. Trade and currency matters only risk creating a momentum-slowing wedge.

U.S. President Donald Trump is due to visit Japan from Nov. 5 to 7, when he is scheduled to meet with Prime Minister Shinzo Abe and members of the U.S. military and their Japanese counterparts, as part of a 12-day trip to Asia.

Trump and Abe spoke on Oct. 30, agreeing to work together on steps to counter North Korea’s nuclear and missile development, a senior Japanese official told reporters. The duo will play golf during Trump’s visit, Reuters reported.

On Nov. 1, Japan’s chief negotiator for the Trans-Pacific Partnership trade pact said momentum had increased for a deal with 10 other prospective members at a regional summit starting in Vietnam on Nov. 6. Trump pulled the United States out of TPP in January.

Japanese Finance Minister Taro Aso told reporters on Nov. 2 that he expected talks between Trump and Abe to focus more on security than the economy, given the “severe geopolitical situation” in the region, Reuters reported.