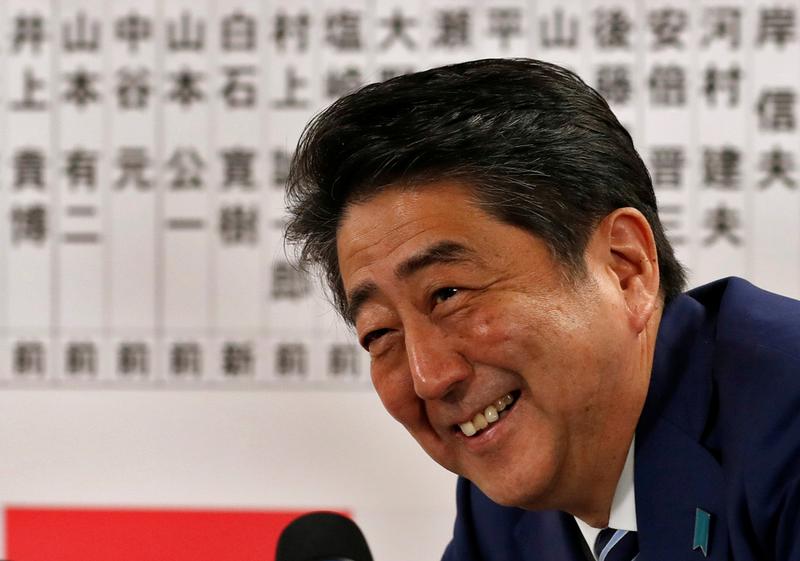 Shinzo Abe’s big election win gives him room to push harder on reforms to boost wages and competitiveness. But skeptics have seen this before. The prime minister must act quickly and avoid getting sidetracked. After nearly five years of delay, investors are losing faith.

Real wages grew 0.1 percent year on year in August following a 1.1 percent drop in July. According to a Reuters survey, consumer prices, including oil and excluding volatile fresh food prices, are seen rising 0.8 percent in September from a year ago, still short of the Bank of Japan’s 2 percent goal.

BOJ Governor Haruhiko Kuroda warned on Oct. 20 that profitability of regional banks is declining, a rare acknowledgment of the rising cost of prolonged monetary easing. “Structural downward pressure on their profitability will continue due to a dwindling population and shrinking business opportunities in regional Japan,” Kuroda said.